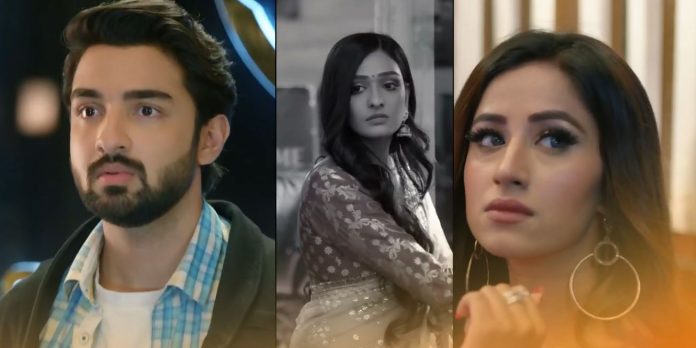 Bhagya Lakshmi 24th December 2021 Written Update Close call Malishka asks Rishi to finish his work and come home on time. Neelam asks him not to step out of the house today, because she senses a bad omen. Rishi doesn’t listen because he has promised Malishka that he will marry her. Even Lakshmi asks Rishi not to go, and tries to stop him, but he still goes to meet Malishka. He tells Malishka that he really loves her, he has no regret that he proposed her and he is going to marry her by lying to his family. They are at his office and share a moment.

Earlier in the show, Malishka likes the wedding decorations. She is not tensed. She is going to marry Rishi. She gets dreaming of him. She messages I love you to him. She can’t wait for the next morning. Rishi sees Lakshmi sleeping. He responds to Malishka’s message but then deletes the reply. He falls into a big dilemma on recalling Lakshmi’s words of faith. He goes to sleep. Lakshmi dreams of a happy union with Rishi. Malishka comes and breaks them apart, to take Rishi with her. Lakshmi wakes up from this nightmare. She cries and hugs Rishi, when he attends her to pacify. She asks him to never leave her. Stay tuned.

She asks him to finish his work and come soon, she is really happy to get him into her life. He tells that he is worried. She asks him not to worry, she will meet him soon. She wants Rishi to break through the dilemma and feel happy that they are getting married. Ayush and Virender have a funny argument. Ayush tells that Virender did good to get Lakshmi home. Virender finds him making fun and hits apples at him. He gets silent when Neelam comes. Neelam asks if Rishi left for office. Rishi meets her. She asks him not to go anywhere outside, the city is on red alert, the weather can be stormy.

Rishi tells that he will finish work and come home on time. He adds that he has much pending work. He promises to come home soon. She asks him to take care. Lakshmi gets stressed. She asks Rishi not to worry for her. He agrees to her. She tells that she doesn’t want him to worry for her, but she likes to see his love behind the worry. She asks him not to go to office today. She tells about the bad dream again. She asks him will he leave her and go away. He tells her that he has to go. She gets upset. Ayush calls them Heer and Ranjha. She asks him to stay with Rishi all day and look after him, because she is feeling tense.

Ayush asks her to keep Rishi at home. She asks him to just look after Rishi for her sake. Ayush promises her. Rishi and Ayush leave for office. Lakshmi feels really tensed. Ayush tells Rishi that Lakshmi loves Rishi and got attached to him. He asks Rishi to never leave a loving life partner. Rishi admits that he loves Malishka, he likes Lakshmi as a friend. Ayush asks him to think of his own feelings and not lie. Rishi ends the matter. Ayush asks him to face the truth, if Lakshmi goes away then she will never come back. Rishi shouts that he just loves Malishka.

Ayush tells that Lakshmi loves Rishi madly, even Rishi should love her. Rishi doesn’t listen to him. Ayush tells that he wishes Lakshmi gets a better guy than him. Rishi gets angry and tells that Lakshmi is his wife. Ayush asks him to look into his eyes and tell that he doesn’t love Lakshmi. Rishi is confused. He tells that he loves Malishka. Rishi drops Ayush on the way and asks him to come by cab. Ayush asks when will Rishi admit his love, when it gets too late. Rishi goes to the office. He gets surprised on seeing Malishka in his cabin. She shows their old pictures and reminds him about their love. She tells him that they had decided to get married and live together.

She asks him is he regretting to propose her. Lakshmi arrives at the office to meet Rishi. Rishi tells that he loves Malishka a lot, he isn’t regretting anything. She tries to remind him that she loves him a lot. He tells that he remembers everything. He tells that he loves Neelam a lot. She tells that Neelam loves her for his sake, she wanted her to wait for one year for him. She feels lucky that she is his mom’s choice. She tells that his mom wants his happiness. She wants him to think of Neelam’s happiness and not feel guilty. She asks him to come on time for the marriage. He confesses love to Malishka. Malishka gets busy in some work and misses to see Lakshmi.

Reviewed Rating for Bhagya Lakshmi 24th December 2021 Written Update Close call: 3/5 This rating is solely based on the opinion of the writer. You may post your own take on the show in the comment section below.