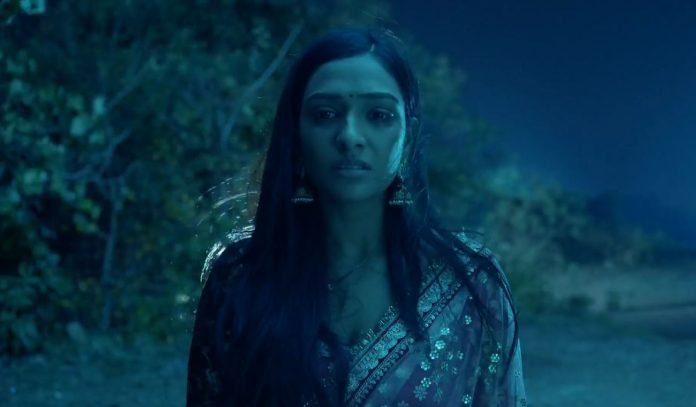 Bhagya Lakshmi 30th December 2021 Written Update Lakshmi Suicide Lakshmi gets to see Rishi marrying Malishka in the mandap. She is shattered. She goes away from Malishka’s house. She asks is Rishi her life partner who couldn’t respect their marriage relation. She wants to know why did Rishi cheat her. Rishi sees Lakshmi broken down. He understands that she has seen him with Malishka in mandap. He leaves the mandap and runs away to find Lakshmi, but fails to find her. He reaches home to see if she came back. He argues with Ayush and others. He later informs them that Lakshmi is missing. He has to find Lakshmi. Virender slaps Rishi on learning that Rishi had tried to marry Malishka.

He tells that if anything happens to Lakshmi, then he will not let Rishi free so easily. He asks Rishi to go and find Lakshmi. Neelam is also shocked knowing Lakshmi has seen Rishi marrying Malishka. She worries for Lakshmi. Kiran learns Malishka’s move. She confronts Malishka for the lie. Malishka shouts that it was not her mistake. She doesn’t want to lose to Lakshmi this time. Lakshmi reaches the end of the cliff in a depressed state. She wants to find answers to her Bhagya. Lakshmi looks down the valley and loses her mind. Will she commit suicide? Will Rishi come in time and save Lakshmi? Keep reading.

Lakshmi runs out of Malishka’s house to call the doctor. She gets more hurt. She falls down on the road. Malishka tells that she shouldn’t think negative, Rishi just loves her, Lakshmi came in their lives recently. She tells Rishi that she loves Rishi and understands him, she didn’t fight him. Rishi gets conscious and sees her. Lakshmi reaches some hospital and meets a doctor. She asks doctor to attend her husband. She tells about Rishi’s ill condition. She begs him to come with her. He tells that the weather is too bad, he can’t come with her. She tells that Rishi’s family can’t live without him. She convinces him.

She asks him to dress up like a groom. He tells that he will do anything for her. She asks pandit to go and prepare for the marriage. He tells that the mandap is ruined. She asks him to fix the mandap, he shall go and do the preparations. Pandit fails to explain her. She asks Rishi to get ready and come soon. Doctor asks Lakshmi not to worry, nothing will happen to her husband, when she loves him so much and can do anything to save her life. Lakshmi reaches Malishka’s house with the doctor. Rishi and Malishka reach the mandap. They begin the marriage rituals once again.

They exchange the garlands. She doesn’t find Rishi in the room. She looks for Rishi. She hears the pandit chanting mantras outside in the lawn. She goes out to see. She is shocked to see Rishi and Malishka taking the marriage rounds. They also see Lakshmi. Lakshmi recalls her marriage with Rishi. She breaks down. She leaves from there. Rishi breaks the gathbandhan with Malishka, and runs after Lakshmi. Lakshmi doesn’t stop. She just thinks of Rishi. Malishka meets the doctor. She learns that Lakshmi got him home. She tells that she had sent Lakshmi to him. She lies to him. Rishi tries to stop Lakshmi.

Lakshmi feels Rishi has broken her faith. She hates to see Rishi and leaves. Ayush reaches there. He finds Rishi dressed up as a groom. He asks where was he. Rishi tells that Lakshmi got to know everything about Malishka and him. Ayush asks him the matter. Rishi feels guilty. Malishka asks Rishi to come back for the marriage. Pandit tells that the mahurat is over, the marriage can’t happen now. Ayush is shocked seeing Rishi and Malishka. Malishka still wants to marry Rishi. Ayush asks Rishi did Lakshmi see him marrying Malishka. Rishi cries.

Reviewed Rating for Bhagya Lakshmi 30th December 2021 Written Update Lakshmi Suicide: 2/5 This rating is solely based on the opinion of the writer. You may post your own take on the show in the comment section below.