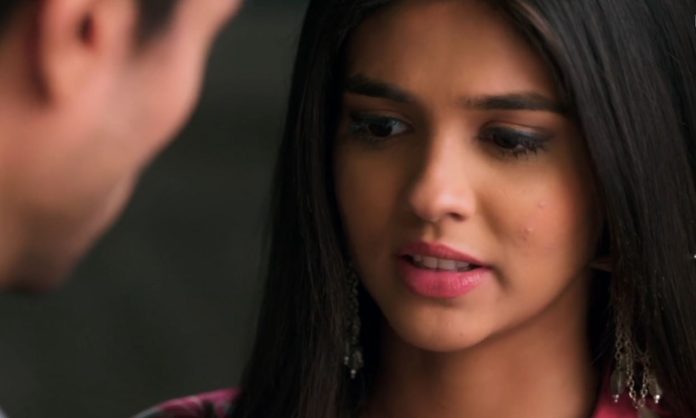 Yeh Rishta 29th December 2021 Written Update Love confess Akshara cries and Abhimanyu thanks her saying that the patient is out of danger. Scared Akshara asks if the patient is really fine. She asks Abhimanyu if her (patient’s) kids won’t get orphaned? Abhimanyu tries to calm Akshara and asks her to relax as everything is fine now. He credits Akshara for helping him to save the patient. Akshara hugs Abhimanyu tightly. Shocked and confused, Abhimanyu caresses Akshara’s hair trying to calm her. Akshara takes a step back, coming back to reality.

Akshara leaves feeling awkward, while Abhimanyu gets confused with Akshara’s behavior. On the other side, Mahima shares her patient’s antics with Manjiri. Manjiri reminds Mahima of their childhood and mother. Mahima says she misses their mother. Manjiri tells Mahima that she is everything for her. She shows Mahima the ring their mother in law gave them. Manjiri asks if they can give this ring as their mother-in-laws blessings to Aarohi. Mahima gets shocked hearing it. She tells Manjiri that new generation people don’t prefer old fashioned jewelry. Mahima explains to Manjiri that Aarohi won’t like it, reminding her that Shefali also didn’t like the old design.

Manijri says Abhimanyu will surely like it. Mahima explains to Manjiri that Abhimanyu would never refuse her anything. She further explains to Manjiri that they can’t force their choice on the new generation. Mahima tells Manjiri that they should let Abhimanyu and Aarohi select the ring themselves. She leaves asking Manjiri to try changing herself with time. Manjiri thinks Mahima is right and she should change herself with time. She feels happy thinking that her daughter in law would come and teach her to become modern. At the hospital, Harshvardhan tells Aarohi that they need to find the secret photograph to let this marriage happen, otherwise problems can arise.

Aarohi wishes that she finds the secret photograph. She gets a call from somewhere important but fails to talk due to network issues. She thinks every problem would have to arise today only. On the other side, Akshara cries recalling the past and Aarohi’s hate. She thinks she can do anything to get back Aarohi’s love. Akshara thinks Aarohi has not yet moved on from the past. She thinks after marrying Abhimanyu, Aarohi would start loving and trusting her again. At Goenka Mansion, Kairav sees Vansh desperately waiting for Reem. Vansh makes marriage preparation excuses. Reem arrives and Kairav wishes Vansh and everyone to get their love.

Abhimanyu thinks about why Akshara got so affected, emotional and scared for the patient and her kids. He searches for her. Akshara gets a message and thinks she saved the mother patient but can’t stop recalling the past. She thinks about leaving the hospital for some time. On the other hand, Harshvardhan shows Aarohi the CCTV footage of the camp which can expose her lie. He presses the delete button so that nobody gets to see it. Mahima and Anand are seen reaching near Harshvardhan and Aarohi. The laptop gets hanged making Harshvardhan and Aarohi confused and wondering if the footage got deleted or not.

Mahima and Anand enter the cabin and ask Harshvardhan and Aarohi why they look so scared as if they saw a ghost? Harshvardhan feels relaxed seeing that the footage got deleted successfully. Mahima questions Harshavardhan and Aarohi’s behavior since yesterday. Everyone at Goenka Mansion feels scared thinking why Akshara didn’t return home on time. Aarohi on the other side, thinks why bad happens to her always. Goenkas calls Aarohi. Kairav asks Aarohi about Akshara’s whereabouts. He tells Aarohi to inform him about Akshara if she gets to know anything about her. Aarohi says okay and disconnects the call.

He leaves to search Akshara. Goenkas too get worried for Akshara. Kairav and Vansh leave to search for Akshara. Aarohi informs Birlas that Akshara is missing. Harshvardhan calls Akshara dramatic. Aarohi is also seen worried. Anand asks Aarohi to relax. Neil informs the rest of the Birlas about Akshara being missing. Manjiri gets worried about Akshara. Neil too leaves to search for Akshara. Worried Suhasini asks Manish to search Akshara anyhow. Abhimanyu recalls everyone telling him that Akshara didn’t come to meet them. He feels more worried for Akshara and continuously searches for her. Vansh on the other hand asks Kairav to relax.

A staff member comes there and informs everyone that a big accident has arrived. He scares everyone by saying that the person in the accident has Birla hospital id card. They feel relaxed seeing that the injured person is neither Akshara nor Abhimanyu. On the other hand, at night time Akshara is seen tensed with a broken car and dead phone. She thinks about how to inform anyone. Abhimanyu reaches there and shouts Akshara’s name. Akshara hears it and runs towards Abhimanyu. Worried Abhimanyu too runs towards Akshara. They hug each other tightly. Akshara cries and Abhimanyu tries to calm her.

Akshara comes back to reality and steps away from Abhimanyu. Abhimanyu asks Akshara what happened? Akshara says she left the hospital to calm her emotions as the flashbacks of that critical patient were continuously coming in front of her eyes. Abhimanyu tells Akshara that it was a normal accident case as 1000 cases of this type arrive at the hospital. Akshara says it was not normal for her as. She stops in between before revealing her past to Abhimanyu. Abhimanyu asks her to say what she was saying.

In the next episode, Akhilesh will tell Akshara that she and Abhimanyu would have to stay where they are as the bridge towards the city has broken. Neil will tell Aarohi that Akshara won’t snatched Abhimanyu from her. He will also ask Aarohi what she can do even if something happens. Aarohi will look angrily at Neil. Abhimanyu and Akshara will be seen dancing with each other. Abhimanyu will request Akshara to tell him that she loves him. Akshara will say, ” I Love You” to Abhimanyu. They will hug each other and Abhimanyu will happily revolve Akshara in his arms.

Reviewed Rating for Yeh Rishta 29th December 2021 Written Update Love confess: 4/5 This rating is solely based on the opinion of the writer. You may post your own take on the show in the comment section below.