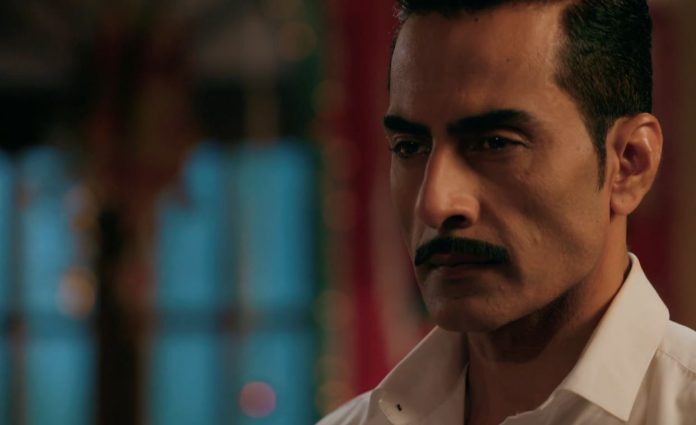 Anupama 3rd January 2022 Written Update Vanraj’s true colours Malvika says an amazing, awesome, stiff-necked and stubborn person like Anuj won’t listen to anyone except Anupama. She requests Anupama to make Anuj understand and give him wisdom as she has got fed up with making him understand. Malvika cries and says she can’t do this anymore. She breaks down and cries profusely. Anupama bends down and asks Malvika who cries at festival time. She asks Malvika and Anuj to patch up. Anupama tells the brother-sister duo that Samar and Pakhi get into physical fights too but she never needed to patch them up. She says Pakhi and Samar sort their issues themselves and patch up.

Anupama asks Anuj and Malvika to solve their issues and patch up themselves. She explains that it’s natural that a brother and a sister fight one moment and patch up the next moment. Anupama tells Anuj and Malvika that their love is extraordinary and next level just like other brother-sisters. She says for the first time she is seeing a brother-sister duo fighting each other for each other’s happiness. Anupama says people fight for taking over property but Anuj and Malvika are fighting to leave property. She continues saying that it is said money is everything; one turns evil for the sake of property; brothers and sisters become each other’s enemy.

Anupama explains that the people who say all this have not seen; Vanraj-Dolly, Baa-Mamaji, Samar-Pakhi-Paritosh and Malvika-Anuj. She says that if people would have seen brother-sister duos like above then they would have realized that still some relationships are priceless. Anupama further explains that relationships can be formed with blood relation but becomes genuine when hearts are connected to each other. She calls Anuj and Malvika’s brother-sister bond the strongest bond. Anupama tells them that they are lucky to be blessed as each other’s brother-sister. Anupama jokes making everyone laugh.

She requests Anuj and Malvika to patch up as otherwise nobody will be able to enjoy Christmas. GK also asks them to patch up. Malvika and Anuj ask Anupama to tell each other to not dare repeat their mistakes. Anuja and Malvika fight and argue cutely. Anupama asks them to shut their fight as otherwise she will not give them food. Anuj and Malvika patch up, “Ek Hazaaron Mein Meri Behna” plays in the background. Anuj and Malvika hug each other, Shahs clap and whistle to cheer them. GK hugs Malvika and Anuj. Anuj grabs Anupama in his family hug. Malvika wholeheartedly welcomes Anupama in her family hug. Baa doesn’t like Anupama getting involved in Kapadia’s family hug.

Both Anuj and Anupama request each other to talk and make Malvika understand. Anuj tells Anupama that girls talk to their sister in laws more comfortably than their brothers. He stops speaking on realizing what he said. Both Anupama and Anuj get awkward. Anupama agrees to talk to Malvika. Baa stops Anuj from waking up asleep Malvika. Vanraj agrees to Baa. They ask Anuj to take Malvika home next morning. Kavya thinks Malvika must have slept deliberately. She thinks of Malvika as a third wheel between her and Vanraj. Anuj and Anupama take Shah’s leave. Anuj assures Kavya that he will try taking Malvika home the next day for sure. Kavya requests him to surely do that.

Vanraj covers his sleeping kids with blankets. He asks Kinjal to put a blanket over Malvika. Kavya gets relaxed seeing it and leaves. Vanraj reads Kapadia’s burnt property papers, looks at asleep Malvika and leaves, throwing the papers on the floor. Anuj and Anupama walk on the road and discuss their daily routine. Anuj jokes with Anupama. He asks Anupama if she felt awkward that he dragged her in his family hug. Anupama says she felt a little awkward as everyone was there. Anuj teases Anupama. He apologizes to Anupama saying that he failed to stop himself at that moment. Anuj tells Anupama that his family moment felt incomplete without her. Anupama secretly smiles upon hearing it.

Anuj offers Anupama his blazer. Anupama calls Anuj tender Kapadia and tells him that he needs it more than her. She explains to Anuj that housewives are strong as they wake up early to work in chilly mornings too. Anupama further explains that she has the habit of chilly mornings. Kinjal tells Paritosh that she is happy to get her old Paritosh back. Paritosh says he is happy that everything is sorted in their family. Kinjal wishes happiness for Kapadia family. Paritosh discusses with Kinjal that Anuj’s image changed in his mind as the latter is no longer a Kapdia businessman after the truth revelation. Kinjal explains to Paritosh that Anuj isn’t special because of his money but because of his Character.

Paritosh refuses to consider Anuj as Kapadia. Kinjal tries to make Paritosh understand that Anuj is one who made Kapadia business so big with his efforts. She asks Paritosh why he is talking like old orthodox people. Paritosh says practically his and Vanraj’s position is stronger as Malvika is the true owner of Kapadia property. Kinjal gets shocked hearing this. Next morning, Anuj reads the newspaper at the newspaper shop. Paritosh on the other side asks Kinjal to think practically and not ignore facts. Kinjal gets worried thinking if Paritosh and Vanraj become evil again in greed. Vanraj is also seen thinking of something.

Anuj tells Anupama that he is guilty that he hid a lot about himself from her. Anupama calls Anuj’s story a good book. She says good books take time to be read. Anuj stares at Anupama with surprise and “Jiye toh Jiye Kaise” plays in the background. In the next episode, Anuj will tell Anupama that he feels his life is also small in front of his love towards Malvika. Vanraj will ask Malvika, doesn’t she want to be the owner of Kapadia’s big business? Malvika will ask Vanraj if he is making her understand something or instigating her? On the other hand, Anupama will tell Anuj that only he matters to her, not his identity. Malvika will angrily leave telling Vanraj that she will do business with him if she likes it, otherwise she will leave giving her entire business to him (Vanraj).

Reviewed Rating for Anupama 3rd January 2022 Written Update Vanraj’s true colours: 5/5 This rating is solely based on the opinion of the writer. You may post your own take on the show in the comment section below.