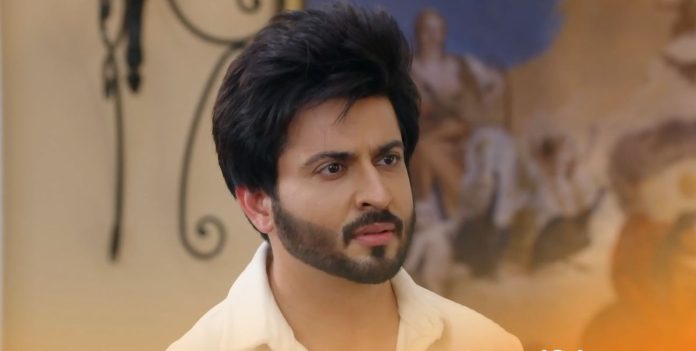 Kundali Bhagya 4th January 2022 Written Update Karan reacts Preeta also summons the Luthras in the living hall just like Prithvi does. She doesn’t want either of Prithvi or Sherlyn to suspect her intentions behind coming home. She wants to rescue the family members, but doesn’t want the truth to get known to anyone. She has to protect Mahesh first. She tells the family that only rules will be followed in the house from tomorrow, those who don’t comply with the rules will be thrown out of the house. The family is really upset with Preeta ruling over them. Prithvi is also stunned to hear about Preeta’s rules.

On the other hand, Karan gets sobered up in the morning, while Kareena and Bani reach out to him to complain about Preeta. They ask Karan to decide about Preeta who has just come to snatch their richness. They tell Karan that Preeta has told them clearly that she wants their entire business. They add that Mahesh trusted Preeta and made a big mistake, they are caught once again by having faith on her.

They tell Karan that he had been so foolish to confess to Preeta that he loves her, Preeta would have got more encouraged by his success. Karan gets angered knowing what Preeta has done with the family. He tells them that he will go to Preeta and tell her that he really hates her. He tells that he will oppose Preeta if she hurts the family. Kareena is scared of Preeta this time and stops Karan.

Earlier in the show, Natasha tells that Preeta might throw them out of the house. Sherlyn is scared that Preeta will make them servants and torture them. Preeta goes away. Sherlyn sees the curtains moving. She goes to check who was outside. Preeta thinks she would have thrown out the family to take revenge, according to Sherlyn. But she is good hearted to value the family first. She wants to handle the situation calmly. She tells that she will try to unite the family.

Preeta wants to save the family from Prithvi and battle him. Girish hears Preeta saying the truth. He hears everything that she tells against Prithvi. He asks her to fix everything for what she has come. She learns that he heard her words. She makes him promise that he won’t tell anyone about it. He promises her. She asks him to hide the truth. He complains about Prithvi. She wishes that she had come home before and sorted the things. She prays to get strength and fight Prithvi. Prithvi doesn’t take Preeta’s orders. Preeta meets the family at the breakfast table. She asks the family to sit and have breakfast. She finds the family standing near the table, and waiting for Prithvi to finish.

Rakhi tells that they all eat after Prithvi eats. Preeta tells that Prithvi isn’t a king here, she is the queen who rules. She opposes Prithvi who argues with her. He cares a damn for her. She asks the servants to get the entire family at the breakfast table. She tells that its meeting time. She takes the food plate and stops Prithvi. She leaves him angered. Sameer tells Kareena that she likes Preeta taking Prithvi’s class. Kareena tells that Preeta will set rules and make them obey the rules. She thinks Preeta will eat the food first and then they will eat, she will do the same drama as Prithvi.

Kritika asks Kareena to cooperate. Sherlyn, Natasha and Karan are also summoned by Preeta. Karan wakes up and realizes that he met Preeta at night. He thinks if he was dreaming. He tells that he hugged Preeta and told her I love you in the drunken state. He tells that Preeta has come back home. He wants to meet her. He goes to get ready and then meet her. Prithvi tells Preeta that he is occupied with work, he will not mend according to her rules, he has no time to waste. Preeta asks him to leave if he doesn’t want to follow the rules. She tells the entire family that they shall have breakfast in the morning, together, then Durga and Laxmi will come home. She tells that they will set some rules.

She taunts Prithvi for having weak shoulders. She asks him if he has any problem with the house owner. She shuts up Prithvi. She tells the rules to follow. She asks them to be present at the breakfast table at 8am, everyone will have lunch and dinner at the decided timings. Natasha tells that she remembers the rules. Preeta thanks her for reminding others. She tells that the same rules will be followed every day, Sherlyn and Natasha will be working in the house. She asks if everything is sorted. She tells that she is the new owner of the house. She warns them that she will get strict towards them from the next day.

She asks them to just follow her instructions and be obedient. She goes to make a call. The family meets Karan to complain about Preeta. Karan tells them that Preeta has come. Rakhi is happy to see his smile. Kareena tells that his smile will disappear if he knows the reason of Preeta’s coming. Bani tells that Preeta has done black magic on Mahesh and took over everything. Karan tells that its better if the property is in the right hands, now Prithvi will be away. Bani tells that Preeta didn’t come for Mahesh and them, but to rule over them, she has come for the sake of money. Kritika tells that Preeta is staying as a house owner and treating them as servants. Kareena and Bani complain about Preeta, who isn’t the same like before.

She feels she has really become a servant for Preeta now. She adds that Preeta hates her. He tells that Preeta hates the entire Luthras family. Kareena hears this and agrees with his statement. She sympathizes with Sherlyn. She knows that Sherlyn is feeling so helpless to see Preeta in front of her. She tells that she is feeling the same. She doesn’t know how to behave like Preeta. She tells that she hates Preeta more than she hates Prithvi. She adds that she will choose Prithvi if she has to choose between Prithvi and Preeta.

She tells Sherlyn that the family told Karan the truth, and now Karan will handle Preeta, he will show her the right place. Karan and Preeta meet in a filmi moment. He tells that he will fight her even if she gives him a rose. She tells that she didn’t get a rose for him. She sees love in his eyes for her. He asks her to look at him. They have an eyelock. They get into an emotional moment. He hugs her with love. His anger melts down.

Reviewed Rating for Kundali Bhagya 4th January 2022 Written Update Karan reacts: 4/5 This rating is solely based on the opinion of the writer. You may post your own take on the show in the comment section below.