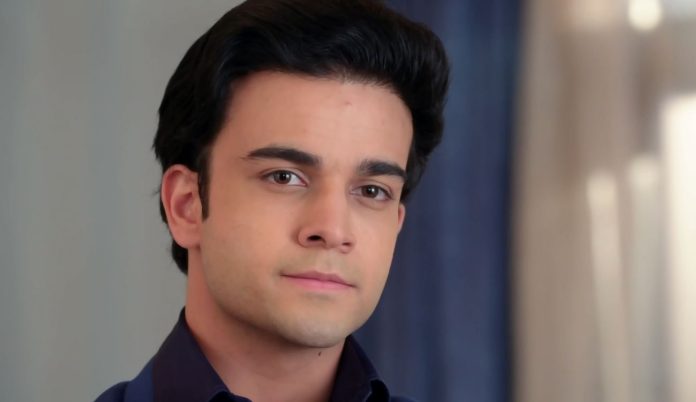 Kumkum Bhagya 7th January 2022 Written Update Ranbir pleased Prachi snatches the legal documents from Rhea and burns it in the temple. She shocks Rhea, while Ranbir is pleased by Prachi’s move. He feels he is still wanted in Prachi’s life. This makes him happy. Prachi tells Rhea that she has destroyed the papers in front of them, she will also destroy the illegal relationship between Rhea and Ranbir. She asks Rhea to get ready to face a big defeat. She tells that she is back to oppose the evil, she will never tolerate anything against her, her marriage and her rights.

Rhea gets speechless seeing the paper burnt to ashes. She was hoping to oust Prachi on the basis of the papers, but has no other hope left now. She thinks Prachi has come to destroy her happiness. She hates Prachi even more, but this time, Prachi doesn’t care for Rhea’s emotions. What will Rhea do now to hold her place in the house? Keep reading.

Earlier in the show, Prachi and Ranbir get cornered for a discussion. She tells that she had much hopes from him. She tells him that they aren’t together, he didn’t keep his duty, he didn’t stay as her husband, he has to first decide his position. She asks him how did he marry Rhea, how did he feel to break his vows. They end in an argument. Prachi saves Ranbir’s name in front of everyone. She doesn’t want the family to scold Ranbir. She tells that he was just concerned for her. Rhea still scolds Ranbir for just caring for Prachi. She can’t tolerate this drama anymore. She asks Prachi to leave the house silently, because she lost all the rights on Ranbir. She tells that she has won the challenge. Prachi tells that no document can challenge her existence. She doesn’t value or acknowledge the documents. Stay tuned.

Prachi tells Rhea that she wasn’t in her senses when she signed the papers, so it won’t matter. She tells that Aaliya, Pallavi and Rhea got her intoxicated and took her signatures, but she wasn’t sound mentally when she signed. She tells that the papers aren’t valid if taken to the court. Rhea asks Prachi to give the papers back to her. Prachi tells that the court should queston them for the fraud they did with her. She asks Rhea if she had used these papers to oust her, but her weapons are so useless that it failed so soon. She tells that Rhea’s identity will get into the risk if she challenges her/Prachi’s identity.

She asks Rhea is there any other drama left. She tells that Rhea’s lies won’t survive in front of the truth. She taunts Rhea for losing the challenge. She tells that she will destroy Rhea’s illegal relation with Ranbir. She adds that she will defeat Rhea and shock her by doing the unimaginable. Dida feels proud of Prachi. She wants Prachi to get her rights. Ranbir thinks Prachi is still good, she is bold and can do anything on her own, she doesn’t need him at all. Rhea claps for Prachi’s performance.

Rhea thinks she has won over Prachi. Rhea keeps the papers in the locker. Shahana spies on Rhea. Rhea stays alert. She thinks the papers are safe. Shahana thinks Rhea will keep the keys with her. Prachi stays worried. Shahana meets her. She tells that she was leaving, but came back on seeing the family drama. She tells about Rhea keeping the original documents in the locker. Prachi tells that she wants the papers. She makes a plan. Ranbir is worried for Prachi.

He tells Dida that he can’t lose his family to get Prachi back, Prachi doesn’t need him, she will fail him if he goes to help. He tells that Prachi admitted that she doesn’t need him, she doesn’t love him. Dida asks him not to believe it. Ranbir tells that Prachi told this to him again and again, and hurts his feelings. He knows that she has come back to take revenge, at least she is in front of his eyes, she can fight him or anyone, he won’t help her unless she asks his help. He allows her to do anything she wants. He doesn’t want to force her to love him. Dida tells him that Prachi loves him a lot.

Reviewed Rating for Kumkum Bhagya 7th January 2022 Written Update Ranbir pleased: 4/5 This rating is solely based on the opinion of the writer. You may post your own take on the show in the comment section below.