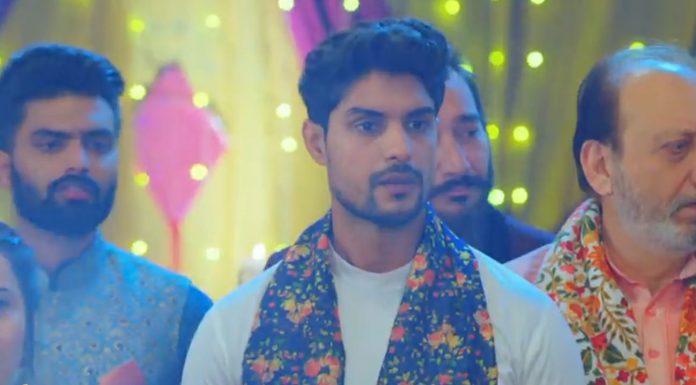 Udaariyaan 10th January 2022 Written Update Lodhi twist Tejo and Fateh meet at the Lodhi festival organized at the NGO school. Tejo and Sandhus plan special breakfast for the school kids. Tejo is happy to see the smile on her family members’ faces. Virks follow up at the same event. Fateh planned this evening to be spent together. He wants Rupy and Khushbeer to get friendly as brothers just like before. He wants to unite the families for Tejo’s sake, understanding the fact that Tejo wants peace and harmony between their families. Fateh meets Tejo and Sandhus.

During the festive, the families don’t bring their differences between and enjoy the evening together. Jasmin comes up and lights up the Lodhi. The families are shocked by the twist brought by Jasmin. Angad also arrives in the Lodhi function with a different goal and a different surprise than Jasmin. Whose accident is Jasmin planning to get a re-entry in the house? Keep reading.

Earlier in the show, Fateh gets more hopeful recalling the hidden hint in Tejo’s words. He decides to win her family first and then win her heart. He makes a plan to celebrate Lodhi with Sandhu family. He decides to unite Virk and Sandhu families, so that Tejo gets happy and forgives him. Khushbeer refuses to go in the Lodhi event, saying he can’t answer the people about Fateh and Jasmin’s fake marriage. He adds that he wants to avoid Rupy and Sandhus. He asks the family to go and celebrate Lodhi if they want to. He doesn’t want anyone to force them. Fateh struggles to unite the families.

Fateh convinces Khushbeer to attend the function by making Candy appeal. Fateh wants Tejo to get happy seeing the families happy and together. He gifts a dress to Tejo by sending it via her brothers. Tejo thinks her brothers have gifted her the dress and gets emotional. Fateh also gifts a dress to Simran. He wishes to unite her with Buzo. Simran tells that Buzo’s parents will never accept her, knowing her past. Fateh asks her not to take burden of her past. He tells that he will fix everything. Fateh asks Simran to make a dish for the guests. He doesn’t tell her that Buzo’s parents are also coming in the event. Gurpreet wishes that Fateh and Simran always stay happy.

She finds them happy after a long time. Jasmin is the evil person eyeing the happiness of Fateh. She meets her friend Sweety and tells her that Tejo and Fateh are her enemies, she will take her revenge on them by attending the Lodhi event. Sweety advises her not to go to the function where entire village will be present. Jasmin tells that she has no fear to face anyone, this time she will surprise the families such that their happiness comes to an end. She plans the worse. Fateh and Tejo aren’t aware of Jasmin’s plans. Fateh awaits Tejo, who arrives wearing his gifted dress. Fateh greets Tejo with love. He meets Sandhus. He tries bringing Virks and Sandhus together.

Tejo meets the Virk family and gets happy. Khushbeer and Rupy get upset seeing each other. Bau ji asks them to forget their anger and move on, celebrate together. Tejo also convinces Rupy to forget the differences and celebrate together. Khushbeer and Rupy agree. Fateh attempts to introduce Simran to Buzo’s parents, who are totally ignorant about Buzo and Simran’s relationship. They sympathize with Simran after knowing about her failed marriage. Simran and Candy excuse themselves. Buzo fails to tell anything to his parents. Fateh initiates to convince them peacefully. He also tries bonding with Tejo.

Angad arrives there to spend time with Tejo. Angad and Jasmin’s entry become the unexpected. Angad wishes Tejo and tells that he got invited by Khushbeer. Angad tries to influence Rupy and convince him. He wants to show that just he can keep Tejo happy. He tells Rupy that Fateh doesn’t deserve Tejo, he has done wrong with Tejo by divorcing her and then faked the marriage with Jasmin. He tells that Fateh has ruined two lives, of Tejo and Jasmin. He asks if Fateh will keep playing this game of switching between Jasmin and Tejo all his life. He tells that he has no sympathy for Fateh anymore, after all the drama Fateh did with Tejo and Jasmin. He asks Rupy to protect Tejo from Fateh.

Angad asks Rupy to not trust Fateh, who cheated both his daughters and played with their emotions. He tells that Fateh will give sorrow to Tejo once again if they trust him. He shows his concern and love for Tejo, and regrets that Tejo still thinks of Fateh, not him. He tells that he stands no chance in Tejo’s life now, but he will always be her friend. Rupy tells him that he understands his real concern and is thankful. He asks Angad to regard them as his family. Jasmin comes next to create a huge drama and insults Fateh and his family publicly to take her revenge.

Reviewed Rating for Udaariyaan 9th January 2022 Written Update Tejo slaps Fateh: 3/5 This rating is solely based on the opinion of the writer. You may post your own take on the show in the comment section below.