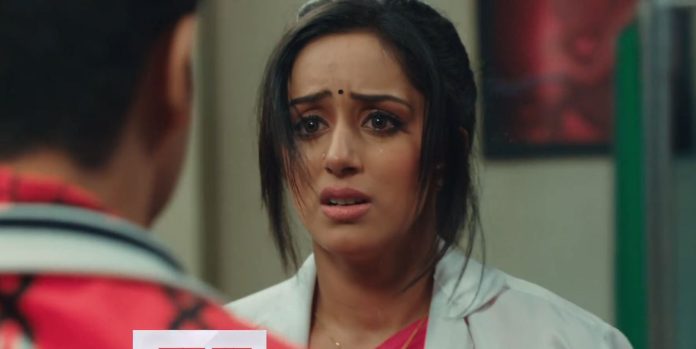 Yeh Hai Chahatein 10th January 2022 Written Update Bunty meets Prisha A woman poses to show her hands for the contest. Bunty thinks he got tired of all this and may even dream about hands only tonight. He sends the woman apologizing and telling her that her hands don’t fit the role. Rudra feels tense and watches everything from behind the curtains. Bunty goes to check how many girls/women are still left. He sees that Prisha can’t be seen among the women left for the audition. He apologizes and tells them that he will call them in a while.

Bunty goes inside and tells Rudra that none of the women/girls sitting outside are Prisha. He asks Rudra if he is sure that he held Prisha’s hand only? Rudra says he held Prisha’s hands only. Bunty asks why Prisha didn’t arrive till now? Rudra thinks he doesn’t even understand this. He says he won’t give up and Prisha will have to come for his sake. Rudra requests Bunty to keep trying and till then he will get some fresh air. Bunty agrees to help Rudra. Saaransh’s school trip bus reaches Rohtak and gets punctured. Due to stepney’s absence, Saaransh’s teacher asks kids to explore Rohtak till they arrange something else for their trip.

Kids scream in happiness. Teacher asks the kids to not leave their teacher’s hands. Kids run to explore Rohtak. Saaransh decides to take photographs of the temple. Village head’s goons get angry on knowing that someone is seeing the village woman’s hands in the name of a contest. They think to teach a lesson to the contest organizer (Bunty). Rudra gets tensed thinking where Prisha is? Ruhi calls Rudra from a distance. She runs to Rudra and the latter picks her in his arms. They cry for each other. “Rishtey apnepan ke” plays in the background. Rudra caresses a crying and worried Ruhi.

Ruhi scolds Rudra telling him that she got scared of him thinking Village head’s goons took him. Rudra says this didn’t happen. Ruhi asks Rudra where he went without informing her? Rudra tells Ruhi that he came to meet his friend Bunty as he had some important work. Ruhi tries to drag Rudra and asks him to come with her. Rudra stops Ruhi and asks her to listen to him. Ruhi tells Rudra that she won’t listen to him as goons are everywhere, and may find and beat him. Rudra and Ruhi grow adamant on their own words. Rudra requests Ruhi to not be persistent. He reminds Ruhi that he is searching for someone. Rudra tells Ruhi that the person he is searching for may be here.

Village head’s goons arrive. Saanchi, Ruhi and Rudra hide themselves. Goons surpass them. Ruhi asks Rudra to see that goons arrived. She asks him if he really wants to get beaten up? Ruhi orders Rudra to come with her. She asks Rudra how he will find the person he is searching for, if he gets caught by goons. Rudra gets scared, when Ruhi says that the goons will take her away too with him. She tells Rudra that goons will beat her too. Rudra tells Ruhi that he won’t let anything happen to her. Ruhi asks Rudra to come with her if he doesn’t want anything to happen to her. Rudra calls Ruhi stubborn. Ruhi asks Rudra to not be so dramatic.

Rudra thinks of getting another phone from Bunty as the latter would call him whenever Prisha will arrive. Rudra agrees to go with Ruhi after saying bye to Bunty. Prisha reaches the contest venue. Other women tell Prisha that the contest organizer looks fake. Prisha thinks she will return Yuvraj’s 1 lakh rupees after winning this contest. She prays to god to help her win the contest. Bunty gets shocked seeing Village head’s goons. He tries to pack his things and run away. Goons attack and scold him for trying to touch their village’s women’s hands. They discuss cutting Bunty’s hands. Bunty tries to justify his innocence.

Rudra gets tensed for Bunty seeing goons attacking him. He reminds Ruhi that her mother taught her to never leave a friend alone in trouble. Ruhi asks Rudra to not worry as Bunty will save himself as he is smart not stupid like him (Rudra). Saanchi and Ruhi explain to Rudra that goons will trouble Bunty more if they will see him (Rudra) with Bunty. Ruhi asks Rudra to come with them. In his thoughts Rudra apologizes to Bunty for leaving him alone in trouble. As Rudra leaves with Saanchi and Ruhi, Goons slap Bunty hard. Goons asks what he came to do? Bunty he just came to shoot an Ad.

One of the goons tells the other goons that Bunty is Rudra’s friend. They decide to find Rudra as he would be nearby. Bunty gets worried for Rudra, unaware that Rudra has already left. Bunty tries to convince goons that Rudra is not in Rohtak. Prisha gets scared with goons fighting and sabotage. Veena takes Prisha aside and tells her that her presence will anger goons and the village head more. Prisha thinks now how will she return Yuvraj’s money. Rudra, Ruhi and Saanchi return to the store room. Both Saanchi and Ruhi tie Rudra with a rope. Ruhi says now Rudra won’t invite trouble. Rudra asks Ruhi to stop worrying and asks why is she doing all this?

Rudra continuously requests Ruhi to let him meet Bunty once. He says he isn’t lying or doing drama this time. Ruhi tells Rudra that she catches his drama and knows that he is telling the truth now. Ruhi tells Rudra that she will go and get the camera. Rudra thanks Ruhi. Ruhi warns Rudra from leaving and leaves, giving him a flying kiss. Rudra hopes that Bunty will be fine and finds Prihsa. On the other hand, the Village head continuously slaps Bunty and asks him about Rudra’s whereabouts. Bunty acts innocent but the Village head refuses to believe him.

Village head says he knows that Rudra is Rohtak only. He asks Bunty what he was doing in the village. Bunty tells the Village head that Rudra has stopped singing and that is why he joined a new ad agency. He says he came to Rohtak to shoot an ad for his new ad agency. He says he has to show women’s beautiful hands for modeling and thus arranged a contest for that. Bunty asks the Village head to kill him if he doesn’t trust him. He again says he doesn’t know where Rudra is. Bunty cries and tells Village head that he isn’t letting him do his new job too, which he got by so much struggle. Village head tells Bunty that he will soon find out the truth about his new work.

Village head asks his goons if they found out anything about Bunty’s ad agency? Goons tell the Village head that Bunty is working for someone named Malhotra. Village head acts good and lets Bunty go. Village head sends his goons to find and bring Rudra to him. Prisha feels worried and thinks about how she will return Yuvraj’s money? Ruhi runs to the audition place and thinks about what things she is doing for Rudra. She gets scared when Bunty taps her from behind. Ruhi tells Rudra was worried for him but she told Rudra that Bunty is very smart and will save himself.

She further tells Bunty that Rudra wanted to see the audition footage to see if the person he is looking for came to audition or not. Bunty requests Ruhi to ask Rudra to return to his home as his family is waiting for him. Ruhi agrees. She asks Bunty to go to her mother’s clinic as she will treat him. Saaransh gets lost in Rohtak and feels scared without a network on the phone. Ruhi drops Bunty to Prisha’s clinic. He finds Ruhi cute. Ruhi gets scared seeing a shadow behind her and screams when someone taps on her shoulder.

In the next episode, Saanchi will inform Rudra that Ruhi went to drop injured Bunty to her mother’s clinic. Rudra will hope that Bunty finds Prisha. On the other hand, Bunty will be shocked to see Prisha alive and living as Dr. Priya Sharma (Ruhi’s mother).

Reviewed Rating for Yeh Hai Chahatein 10th January 2022 Written Update Bunty meets Prisha: 4/5 This rating is solely based on the opinion of the writer. You may post your own take on the show in the comment section below.