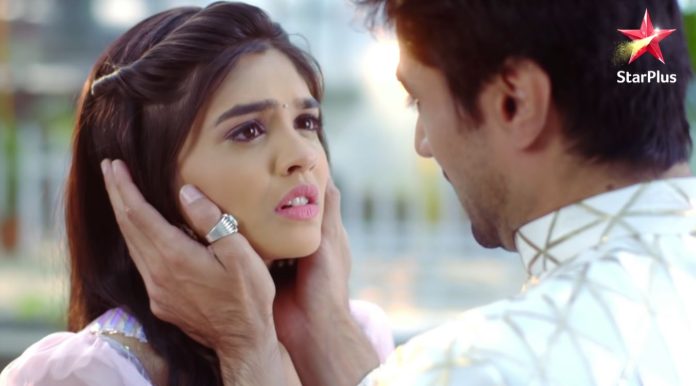 Yeh Rishta 15th January 2022 Written Update Major revelation Abhimanyu and Akshara are in a huge dilemma. They both crush the wedding invite cards. They don’t like the wedding happening. They aren’t happy within and vent out the anger. They still keep the fake happiness on their faces and dance with the family. Akshara remembers Sirat’s words. Akshara and Abhimanyu are perplexed. He keeps quiet for Manjiri’s sake. Akshara realizes that Aarohi doesn’t love Abhimanyu. She tells that Aarohi is using Abhimanyu as a ladder to her dreams. She has no idea what to do to help the situation. Abhimanyu falls lonely in the house. He doesn’t know when will Manjiri return.

He decides to go to the hospital. Aarohi calls herself the best. She doesn’t want Akshara to plot any drama. Akshara joins the haldi function. Kairav asks her if she wants to tell something. Mahima tells that Abhimanyu’s haldi should be sent for Aarohi. Harsh doesn’t think there is any problem. Anand and Mahima tell him that its not easy to convince Abhimanyu, because he alaways have mood swings. Anand asks Abhimanyu to just apply some haldi, because they have to send it to the bride. He explains the rituals to Abhimanyu. Abhimanyu keeps his request. Akshara doesn’t reveal her confusion. Aarohi tells the family that she knows what Akshara is hiding.

He purposefully drops the haldi on her hands. He tells that he just slipped. He tells the family that he is okay, the haldi bowl also got saved. Akshara hides the haldi which got on his hands. Akshara asks God to help her decide. She isn’t able to understand the hint. Abhimanyu goes to the hospital. He visits the ward where Akshara stayed. He misses her. He drops the camp picture and receives it back by the staff, but doesn’t get a chance to see it. Neil suggests Akshara to talk to Abhimanyu once, because even a bitter truth has potential to turn life sweet. Abhimanyu gets Akshara’s bracelet once again. He gets helpless to think of her.

Later, Akshara calls Abhimanyu. He senses her silence right. She doesn’t know if she should expose Aarohi’s lie or keep quiet. His phone goes off before she could talk. She tries contacting him on landline. Abhimanyu refuses to take the call. Akshara gets a surprise help from Dadi who shows her Kartik and Naira’s video. She tells that her parents were perfect. Dadi tells that they were different but their love was perfect. She inspires Akshara by sharing Naira’s tough decisions taken for the betterment of the family. Akshara also wants to support truth as Naira did. Dadi tells her that Naira didn’t care for anyone when she was fighting for the truth, which always leaves a sweet essence in the end.

Abhimanyu doesn’t see the camp picture. Akshara decides to stop Aarohi’s madness. Aarohi doesn’t think lying is wrong to achieve something. Akshara finally breaks her silence and boycotts Abhimanyu and Aarohi’s wedding. Abhimanyu learns Akshara’s truth and Aarohi’s lie by seeing the camp picture. Neil tells him that Akshara was the savior, but Aarohi lied to them. Abhimanyu decides to confront Aarohi. He gets to meet Akshara who surprises him at his house. She sings for him to get his attention. Abhimanyu confesses love to her and asks her reply. What will be her answer? Keep reading.

Reviewed Rating for Yeh Rishta 15th January 2022 Written Update Major revelation: 5/5 This rating is solely based on the opinion of the writer. You may post your own take on the show in the comment section below.