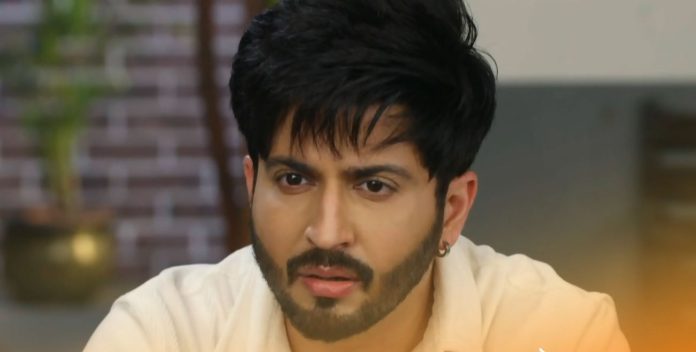 Kundali Bhagya 17th January 2022 Written Update Karan madness The goons push Preeta’s van down the cliff and get happy thinking she is dead. They inform Prithvi that they did the work. Prithvi gets happy that his biggest enemy is dead. He shares his happiness with Sherlyn. She doesn’t believe it. Preeta calls his goons to confirm that Preeta is really dead. The goons tell him about Preeta’s offer which they rejected and kept their loyalty intact for Prithvi. Prithvi sees Preeta lying unconscious in the van. He pities her and tells that she is dead, she can never come back now. He laughs that she challenged him that she will come back in few hours. Karan tells Sameer that he is going to the police station to get Preeta back, its Naagre’s plan to get her arrested for no reason, she is innocent.

Karan tells that he will bring Preeta home. Sherlyn overhears their conversation. She sees Karan’s love for Preeta. She rushes to inform Preeta about Karan’s move. Prithvi isn’t scared of Karan or anyone. Sameer accompanies Karan to the police station. They meet Inspector Sridhar Chauhan and tell about Preeta’s arrest on baseless charges. Sridhar calls his colleague to find out. He tells Karan that his colleague didn’t arrest anyone today, Preeta isn’t under arrest, there could be a misunderstanding. Karan is shocked to realize the danger over Preeta’s life, knowing the police who arrested Preeta was a fake one. Karan gets madly searching for Preeta. His love for Preeta How will Karan find Preeta and rescue her? Keep reading.

Earlier in the show, Prithvi tells Sherlyn that Preeta is dead, her chapter is over. She is shocked to know this. He tells that he got Preeta killed, because just he can rule over the Luthra family. The goons take Preeta in the van. She asks them if they really want to kill her. She asks them to let her go. The goons doesn’t seem to accept the offer. They stop the van at the cliff end and get down, leaving handcuffed Preeta alone in the van to die. They push the can down the cliff. Preeta falls in danger. Karan feels uneasy at home and grows worried for Preeta.

The goons reach close to the van to see Preeta if she is really dead. They click a picture and send to Preeta. They want to leave before the van blasts. Preeta calls him and asks him to show the live telecast of Preeta’s death, only then he will be at peace. He gets to see Preeta lying dead and prays for her soul peace. He tells that Preeta can never return from dead now. He asks the fake Inspector/goon to check Preeta’s pulse and confirm that she is dead. The goons see the smoke. They tell Preeta that they can’t check Preeta’s pulse, the van can blast anytime. Prithvi commands them to confirm Preeta’s death.

The goon panics and tells that he just confirmed it, Preeta is dead. He tells Prithvi that the van may blast anytime, then Preeta will be surely dead. Prithvi gets glad. Preeta is alive. At Luthra house, Karan tells Sameer that Preeta and he have many differences, but he can’t let the wrong happen with her. He tells that he will go to the police station and bring Preeta home, Naagre can’t destroy Preeta. Sameer tells that he will also come. Sherlyn hears them and goes to tell Prithvi that Karan has gone to the police station, now he shall know about the fake police.

He is confident that Karan will himself get framed for Preeta’s murder, those husbands who run to the police with missing complaints are often the culprit behind their wives’ murder. He is sure that Karan will be arrested. She tells that its impossible to frame Karan in Preeta’s murder case. He tells that he can put the doubt on Karan. She tells him that everyone will doubt him, because he is the person who would benefit from Preeta’s death. He tells that hatred resides in the loving heart, he will prove that Karan used to love Preeta and now hates her.

He asks Sherlyn to get ready for the important party. He shows her Preeta’s picture sent by the goons. Sherlyn also feels pleased seeing the picture. Preeta gets conscious when Prithvi’s voice plays as a record in her mind. She realizes the threat she is facing, when she sees the sparks in the van’s engine. She shouts to Karan for help. Karan meets the Inspector to get help. He tells that he wants to meet Preeta and know her side of story. He adds that police arrested Preeta from Luthra mansion.

Inspector tells him that nobody has gone to Luthra mansion to arrest Preeta, she isn’t arrested by them. He asks his other colleagues and also confirms the same news. Karan tells him that he wasn’t at home when Preeta got arrested. He tries calling home to find out some details. He tells Inspector that he isn’t able to contact anyone at this time. Inspector takes the FIR. He tells that he will find Preeta. Karan gets desperate to find Preeta. A Snake reaches Preeta as a helper in the tough time. She isn’t able to get down the van because of the handcuffs. She prays to Matarani for help. The snake enters the van. It becomes a shocking sight for Preeta.

Reviewed Rating for Kundali Bhagya 17th January 2022 Written Update Karan madness: 3/5 This rating is solely based on the opinion of the writer. You may post your own take on the show in the comment section below.