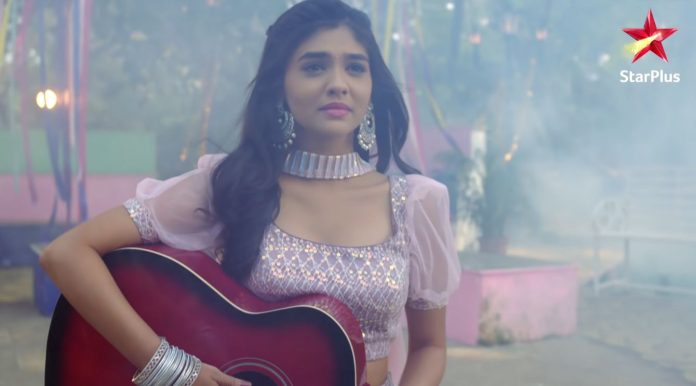 Yeh Rishta Amazing Promo 18th January 2022 Akshara confesses love Abhimanyu arrives at Goenka house to meet Akshara. He runs inside the mansion and goes upstairs to see Akshara, in a way that nobody sees him in the house. It seems like he becomes invisible for others. Abhimanyu meets Akshara and tells her that he got to know the truth that she loves him, after all she has saved his life by jumping in the fire. Akshara doesn’t have any hope of union because he is getting married to Aarohi. Abhimanyu compels her to profess her feelings, but she stays rigid on her front. She doesn’t break her silence.

He turns wise to come up with an idea to make her confess that she loves him. Abhimanyu tells her that he will wait for her at the sunset point at 4 pm, and she has to come any way, else she will be going to see the worse and unexpected from him. He tells her that she can’t imagine what he can do. Akshara cries when he puts her in a big fix. She stays at home while the time passes. Abhimanyu messages her stating that she doesn’t care for him or his love, which means his life also doesn’t matter to her. He writes that he is going to end his life when he can’t get her love. Akshara panics reading his message and runs to the sunset point to meet him.

She gets another message where he mentions that he is going to die, because he can’t live without her. She tries reaching him in time. He writes that he will always love her, even after dying. She asks him where is he. She shouts loudly and confesses her love to him. Abhimanyu appears in front of her, suspending down the tree and shocking her. He finally makes her confess love. Abhi doesn’t want to marry Aarohi. He takes Akshara for the marriage. What will happen when Abhi and Aarohi’s marriage breaks because of Akshara’s love? Will Akshara lose Aarohi’s trust forever? Keep reading.

Reviewed Rating for Yeh Rishta Amazing Promo 18th January 2022 Akshara confesses love: 5/5 This rating is solely based on the opinion of the writer. You may post your own take on the show in the comment section below.