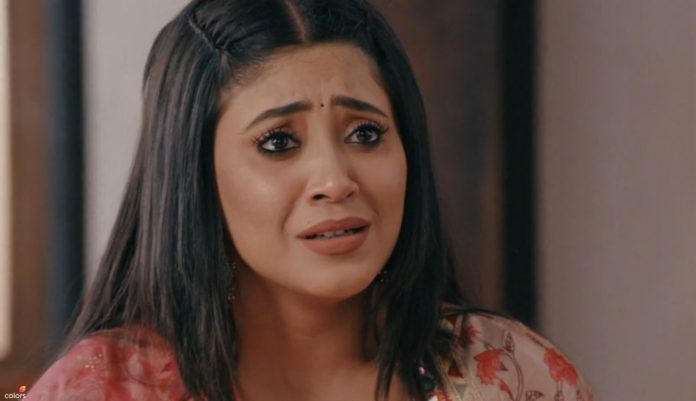 Balika Vadhu 21st January 2022 Written Update Anandi wins the case Judge tells Usha that the court won’t wait for her and Anandi’s client this time. She asks Usha to present her case with whatever proofs or preparation she has. Anandi and Usha feel helpless. Judge says to Ushda that she will give the opposing lawyer a chance to speak if she isn’t prepared. Anand asks the Judge to stop for some time. He tells the Judge that he has testimony for Anandi’s case and claims. Usha and Sheila enter the courtroom. Bhairavi and Mehul get shocked seeing Sheila with Anand. While Premji, Sejal and Jigar get worried seeing Gauri as Anandi’s witness.

Sejal says Gauri will surely give a statement in Anandi’s favor. Premji asks Jigar how witness came when his lawyer said that there is no proof of his and Anandi’s child marriage left. Jigar and his lawyer see each other with tension. Bhairavi and Mehul leave the courtroom. They discuss if Sheila would have told their secret truth to Anand. Mehul tells Bhairavi that he doesn’t feel that Sheila would have told Anand their secret truth. Bhairavi says we can’t trust Sheila and doesn’t agree to return to the courtroom. Inside the courtroom, Usha makes Gauri give the statement in Anandi’s favor.

Jigar’s lawyer asks the Judge to permit Jigar to say something. Judge calls Jigar in the witness box. Jigar pretends innocence and tells Judge that he is also a victim of child marriage. He fake cries and tells the Judge that he got married at the age of 4 when he didn’t know the meaning of marriage. Jigar’s parents get tensed thinking that Jigar will get them arrested. Jigar uses many sugar coated words. He tells the Judge that he was fighting this annulment case to save his marriage as he fell for Anandi badly. Jigar tries to make the Judge believe that he loves Anandi very much. He requests the judge to give his and Anandi’s marriage another chance. Jigar asks the Judge to not give him the punishment of their elders’ crime.

Judge asks Usha if she wants to say something for her client. Usha tells the Judge that her client wants to get free from jer child marriage. She requests the Judge to annul Anandi’s child marriage. Judge says she needs some time to make a final decision in Anandi and Jigar’s child marriage annulment case. She announces a lunch break. Anandi thanks Sheila and Gauri for their help. Gauri tells Anandi that it was her duty as she can’t see her suffer because of their old traditions she got victim of. Sheila tells Anand to call them again if they need any help. Anand thanks Sheila and Gauri. He says he will arrange a car to drop them to their house. Gauri says to Anandi that she hopes that the court takes the decision in her favor.

Anand and Anandi leave. Bhairavi takes Sheila with her. She asks Sheil what she is doing here. Gauri and Sheila recognize Bhairavi. Sheila tells Bhairavi that she came to court for some work. She asks Bhairavi what she is doing here. Bhairavi says she also came for some work. She thinks that Sheila doesn’t know that Anand is her son and tries to leave. Sheila stops her and asks her if her son is fine with her. Bhairavi says he is fine. Sheila requests Bhairavi to let her see her son once. Bhairavi gets tense and angry. She tells Sheila that she can’t meet her son as she is giving her money for this only. Gauri asks Sheila to not trouble Bhairavi. Bhairavi leaves and Jigar smirks after overhearing their conversation. Jigar plans to trouble Anand.

Anand rudely accuses Bharavi of trying to purchase Anandi’s case witness. Bhairavi tells Anand that she knows Gauri and just went to thank her for helping Anandi and standing for her. She makes it clear to Anand that she just told Gauri about her NGO and offered financial and medical assistance for her future. She tells Anand that she will never sabotage Anandi’s case. Anand believes Bhairavi’s words when she tells him that she doesn’t like Anandi because he runs after her. Bhairavi says she doesn’t have any other problem from Anandi. Sheila overhears their conversation and tells Gauri that she got to know that Anand is her son as he was calling Bhairavi his mother.

Gauri explains to Sheila to not let Anand know that she is her mother. She tells Sheila that Anand would leave all the luxury behind to live with her and stake his future in the process. Gauri explains to Sheila that she can’t give Anand what he is getting from Bhairavi. Inside the courtroom, Judge says that both Anandi and Jigar got victim of crime like child marriage. She says the court sympathizes with both of them after whatever Jigar said in the witness box. Judge says the court respects both Jigar and Anandi’s feelings. She says that Jigar and Anandi can start a new relationship with each other if they want it. Jigar smirks, while Anandi gets tensed hearing it. Judge further says that Jigar and Anandi can think of starting a new relationship after annulling their child marriage.

In the next episode, Anandi will be seen twirling around in happiness. Anand will not propose Anandi for marriage at a beautiful and decorated place. Anandi will be surprised with Anand’s marriage proposal. Angry Jigar will come and start fighting with Anand. Jigar will fall on an open wire in the fight. Anand and Anandi will get shocked seeing Jigar facing an electric current.

Reviewed Rating for Balika Vadhu 21st January 2022 Written Update Anandi wins the case: 3/5 This rating is solely based on the opinion of the writer. You may post your own take on the show in the comment section below.