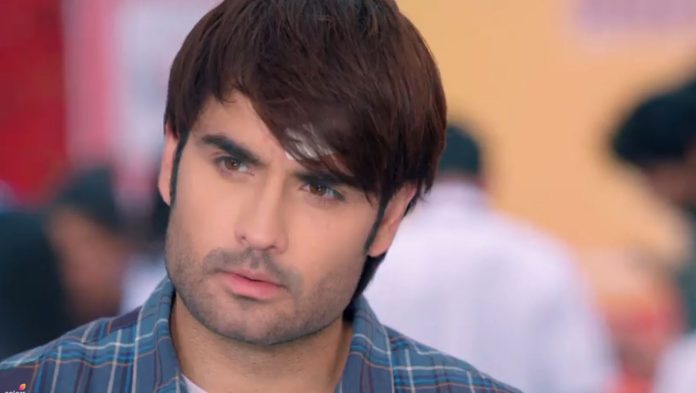 Sirf Tum 21st January 2022 Written Update News for Ranveer Kamini says to Rakesh that it’s good that Rohit and his family liked and accepted Suhani in the first meeting only. She further says that Rohit’s family didn’t even ask any questions. Kamini says Suhani is so good that anyone would like and accept her just by seeing her. She wards off the evil eye from Suhani. Rakesh tells Suhani that he is very happy that everything went well in the first meeting with the groom’s family. He asks Suhani to not worry as Rohit is a good person. Rakesh tells Suhani that he was tensed regarding her marriage and can live freely now.

Suhani’s grandmother asks Suhani to freshen up as they will celebrate this good news peacefully at the dinner table. Suhani leaves towards her room dejected. Sudha asks Rakesh to think once again, if they are going very fast regarding Suhani’s marriage as he is also well now. She requests Rakesh to let Suhani complete her dream first. Sudha further says to Rakesh that they will get Suhani married peacefully after her dream gets completed. Rakesh tells Sudha that Suhani’s to-be in-laws will let her complete her studies even after marriage. He asks Sudha to think if they would get a good guy like Rohit and his family ever for Suhani easily.

Rakesh again says that Rohit’s family is modern and would not stop Suhani’s education. He says there is no guarantee of life as he may not be alive or in good condition in future. Rakesh says just because of all this he wants to get Suhani married as soon as possible. He asks Sudha to be carefree as only good will happen. Suhani takes out the doctor’s coat that Sudha made for her. She hugs it and cries her heart out. Sudha sees her and goes to her. Suhani reminds Sudha that she has shown her only one dream to become a doctor since childhood. She asks Sudha why she didn’t stop Rakesh from thinking about her marriage.

Suhani reminds Sudha that she only said that in-laws take women/girls decisions after their marriage. She says that she can understand Rakesh’s tension but whatever is happening with her is very wrong. Suhani tells Sudha that she is not happy with this marriage and cries her pain out. Worried, Sudha caresses Suhani. Next morning, in college Suhani recalls Rakesh and Sudha’s words and decision about her marriage. Suhani’s friend asks Suhani to see what preparations Ranveer made for her. She takes Suhani with her. Suhani sees Ranveer preparing the stage for her award winning ceremony. Ranveer says hi to Suhani in sign. Dean tells Ranveer that he is a responsible person, seeing him preparing for Suhani’s felicitation when he didn’t attend his own.

He tells Suhani that it’s their college’s tradition that every year 1st year toppers get felicitated. He says that he just helped the organizers to make her special moment more special that she achieved herself. Suhani looks at everyone from the stage. Ranveer asks Suhani to imagine that her batchmates are getting motivated and inspired by her. He also asks Suhani to imagine her seniors are seeing her journey with full respect for her. Ranveer takes Suhani down the stage and asks her to make this moment stay in her heart and mind. Suhani closes her eyes when Ranveer asks her to. Ranveer tells Suhani it’s just the beginning as she has to become India’s best doctor in future. He also tells Suhani that for him she has already become India’s best doctor.

Suhani smiles and imagines Dean giving her topper’s trophy. She also imagines everyone in the audience clapping for her. Ranveer asks Suhani to feel this precious and important moment of hers. He asks Suhani to live her moment wholeheartedly. Suhani opens her eyes and is called on the stage by the dean. Riya feels angry seeing everyone clapping for Suhani and especially her closeness with Ranveer. Suhani receives her award trophy. Ranveer feels very proud of Suhani. Dean makes Suhani wear a stethoscope around her neck. Riya says to Ansh that Suhani has become a center of attraction everywhere. Suhani thanks the dean and runs to Sudha. Sudha asks Suhani what is all this.

Ranveer tells Sudha that it’s Suhani’s efforts. He gives Suhani’s trophy in Sudha’s hands and tells her that Suhani broke his record by scoring 99% in first semester. Suhani and Sudha’s eyes gleam with tears. Sudha congratulates Suhani and tells her that she gave a big happiness to her mother. Ranveer tells Sudha that Suhani achieved everything because of her support only. Suhani thanks Ranveer and gives her success credit to him also. She tells Ranveer that he made her college life easy, motivated and took care of her. Sudha also thanks Ranveer for everything he did for Suhani and for calling her in such a proud moment. Ranveer tells Sudha that he called her because Suhani’s success and happiness is important to her as well.

Kamini reaches Suhani’s college and asks her and Sudha to come fast as auto is waiting outside. Sudha reminds Suhani that they need to go shopping. Suhani says she has class at present. Kamini tells Suhani that college won’t get closed if she misses her one class. Sudha stops Kamini from saying anything about Suhani’s marriage in front of Ranveer. Suhani leaves, giving Ranveer a smile. At Oberoi mansion, Roshini shows Mamta the jewelry she purchased for Riya (their to-be daughter in-law). Mamta closes the jewelry box in anger. She asks Roshini to not talk or think about impossible things. Roshini tells Mamta that they have to make impossible things possible. Mamta says she can’t go against Ranveer’s wish and ruin his and Riya’s life.

Roshni asks Mamta to make Ranveer understand as he listens to her. Mamta says Ranveer won’t listen to her too this time. Roshni says to Mamta that they only have to make Riya their daughter in law as Suhani’s entry will only ruin their family’s relations. Suhani reaches her house with her mother and aunt. Kamini checks different saree colors on Suhani. Suhani asks her family what is happening. Kamini tells Suhani that they are preparing for her Roka, which is tomorrow. This shocks Suhani to the core. Worried, Sudha looks at shocked Suhani.

Reviewed Rating for Sirf Tum 21st January 2022 Written Update News for Ranveer: 3/5 This rating is solely based on the opinion of the writer. You may post your own take on the show in the comment section below.