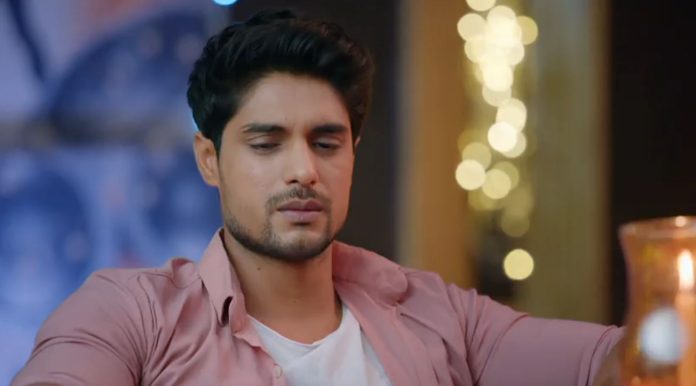 Udaariyaan 22nd January 2022 Written Update Fateh’s payback Tejo finds Amrik lying in the bathtub with his bleeding hand, after committing a suicide. She worries for his life. She screams and calls the entire family there. The family didn’t know that Amrik is in such a big trauma that he would take such a big step and commit suicide. Jasmin doesn’t spare Amrik even now. She takes a disguise of a nurse and goes to the ward to meet Amrik. She tries to threaten him that she will not spare him if he does any such madness again. Amrik is Jasmin’s only hope that she can take revenge on Virks.

Fateh finds Jasmin’s fake accident plan and serves the same thing back to her. He also traps Jasmin the same way. She gets a huge shock realizing that someone got hit by her car. Fateh makes arrangements to throw a dummy over her car front and make her believe that its an accident. Jasmin sees the dummy and is puzzled until she sees Fateh there. She realizes that Fateh isn’t a fool to believe her story. She falls in a big trap.

Jasmin doesn’t want Amrik to die, because he is a weapon of revenge for her. She tells Tejo that she wants to marry Fateh just to take revenge on Virk family. She hates Virks and wants to destroy them. Tejo and Fateh rush to Virk house to find Amrik. Tejo is shocked to find Amrik lying in the bathtub after cutting his wrist. She can’t believe the terrible sight. Tejo saves Amrik’s life, while Jasmin attempts to harm Amrik’s mental state once again. Fateh finds the fake accident’s truth and teaches a lesson to Jasmin. Keep reading.

Tejo sees Amrik’s lying in the bathtub with his wrist cut. She gets scared seeing a lot of blood. Tejo screams and calls Fateh and the whole Virk family. Virks run towards Tejo’s scream. They get shocked and scared seeing Amrik’s condition. Whole family takes Amrik to the hospital with them. Tejo, Fateh and Khushbeer can be seen with Amrik in hospital. Everyone else stays at home. Doctor says it’s a police case and thus they should inform them about it. Tejo requests the doctor to start Amrik’s treatment first as his life is important at present. Fateh recalls his happy moments with Amrik and his other siblings.

Doctor takes Amrik inside the operation theater. Khushbeer breaks down with the current situation. Fateh and Tejo handle him. Khushbeer gives his phone to Tejo and asks her to talk to Gurpreet. Tejo picks up Gurpreet’s call and tells her that Amrik is taken to the operation theater and his treatment has started. Mahi, Simran and Gurpreet too reach the hospital and ask Tejo about Amrik’s condition. Doctor comes and says that Amrik got saved as his main nerve didn’t get damaged. He tells the family that they can meet Amrik now. Everyone goes to see Amrik.

Gurpreet asks Amrik how could he attempt suicide. Amrik explains that he didn’t want to end his life but got scared. He further says that he thought for once and couldn’t stop himself in fear and thus took the wrong step. Fateh tells Amrik that cowards takes wrong step like suicide. He tries to motivate Amrik by telling him that he is strong enough to fight the current situation. Gurpreet doesn’t allow Khushbeer to talk to Amrik or go near him. This shocks everyone present in the ward. Gurpreet blames Khushbeer for Amrik’s suicide attempt. She continually accuses Khushbeer for always keeping her children in fear. Mahi tells Gurpreet that Khushbeer is also worried about the present solution.

Gurpreet says Khushbeer always behaved rudely with her kids for his principles. She further tells Khushbeer that she wouldn’t have forgiven him if anything would have happened to Amrik. Dejected Khushbeer leaves Amrik’s ward. Fateh goes behind Khushbeer. Tejo tells Gurpreet that she shouldn’t have scolded Khushbeer as he is also tensed about his all children. Gurpreet hugs Tejo and cries. Fateh tells Khushbeer to not take Gurpreet’s words to his heart as she said everything in Amrik’s tension. Khushbeer says he understands Gurpreet’s condition and thus didn’t take her words to heart. He tells Fateh that Gurpreet is right. Khushbeer apologizes to Fateh and hugs him. Tejo comes outside the ward and tells Khushbeer that Amrik wants to meet him. He goes inside the ward with Fateh and Tejo to meet Amrik.

Nurse comes and tells Virks that only one person is allowed inside the ward and can wait till patients discharge. Fateh says he will stay with Amrik. Gurpreet says she will stay. Khushbeer says that he will stay and take care of Amrik. Everyone agrees with Khushbeer’s decision and leaves the hospital. Gurpreet thanks Tejo for always being with Virks in their good and bad times. She asks Fateh to drop Tejo to her house. Fateh is seen driving with Tejo on the streets of Moga. He stops the car somewhere and sits aside. Fateh cries profusely holding Tejo’s hand. He tells Teho that he regrets meeting Jasmin. Fateh also tells Tejo that in their childhood, Amrik used to trust him and told everyone that his brother is a boxer.

Fateh says Amrik used to think that he was his elder brother as well as a bodyguard. He cries telling Tejo that Amrik didn’t trust him this time. Fateh says he may have failed as Amrik’s elder brother. Tejo tells Fateh that he has started understanding relations and respects everyone. She also tells Fateh that after his repentance has made him value his relations. Tejo further explains to Fateh that he has become a good brother and son. At last, Tejo pacifies and motivates Fateh by asking to not accept his defeat as his name is Fateh. She tells him that he needs to be strong. Fateh thanks Tejo for motivating him. Tejo says she will drive and they leave.

At the hospital the nurse asks Khushbeer to get some medicines for Amrik. Khushbeer asks the nurse how he can leave his son alone. Nurse assures Khushbeer that she will be with Amrik. Khushbeer leaves to get Amrik’s medicines asking the nurse to not leave Amrik alone. Nurse informs Jasmin that Amrik is all alone now. Khushbeer fails to see Jasmine moving towards Amrik’s ward in a nurse’s disguise. The nurse tells Jasmine that she has only ten minutes for her work. She takes money from Jasmin and warns her to not make any noise. Amrik gets shocked seeing Jasmin entering his ward. Jasmin stops Amrik from shouting. She covers Amrik’s mouth with her hands.

Jasmin tells Amrik that he almost spoiled her plan by attempting suicide. Amrik blames Jasmin for his suicide attempt. He tells Jasmin that he can’t see his family suffering and doesn’t even want to get hanged. Jasmin reminds Amrik how she burned the whole house during Diwali. She threatens Amrik of harming his family if he tries attempting suicide again. Jasmin opens Amrik’s mouth asking him to sleep and not shout. She doesn’t let Amrik ring the emergency bell and scares him. Khushbeer returns to Amrik’s ward and once again fails to recognize Jasmine in nurse’s disguise. He asks Amrik why he is scared. Amrik doesn’t reply seeing Jasmin outside his ward.

Jasmin leaves the hospital and is seen driving a car. She thinks Virk will have to accept her conditions after Amrik’s suicide attempt. Jasmin gets shocked to see that she hit someone with her car. She comes out of the car and gets shocked seeing Fateh.

Reviewed Rating for Udaariyaan 22nd January 2022 Written Update Fateh’s payback: 3/5 This rating is solely based on the opinion of the writer. You may post your own take on the show in the comment section below.