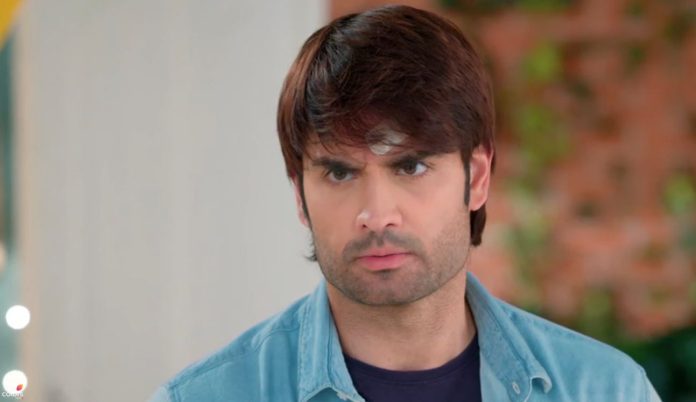 Sirf Tum 26th January 2022 Written Update True love redefined Suhani asks Rakesh to not think much about whatever happened. She says to Rakesh that she is going to bring water for him. Angry Kamini asks Suhani to not pretend innocent and blames her for whatever happened. She accuses Suhani of giving Ranveer the freedom to talk in between her matters. Suhani’s grandmother asks Kamini to shut up. Rakesh shuts both Kamini and his mother. He asks his mother how Ranveer talked rudely with everyone. Rakesh asks if this was the time for Ranveer to talk like this.

Suhani’s grandmother tells Rakesh that Ranveer doesn’t think before saying anything or doing anything. She asks Rakesh to not take Ranveer’s words to his heart as he said everything in anger. Suhani’s grandmother reminds Rakesh that Ranveer is the one who saved Suhani by risking his own life. Kamini asks if Ranveer has the right to do anything. She asks her mother how she will show her face to her husband as Rohit and his family are his relatives. Kamini says she got embarrassed in front of the whole family.

She says that now no one will agree to marry Suhani and Nikki. Rohit’s parents return, Kamini tries to convince them saying that Ranveer is mental. Rohit’s mother calls the whole Sharma family liars and cunning. This angers Sharmas. Rohit’s father humiliates Suhani and indirectly questions her character. Rohit’s mother says that her son’s life got saved from getting ruined as reality came in front of them before proceeding towards marriage. Rohit’s father asks his wife to not waste any more time on Suhani. He accuses Rakesh for not being able to control Suhani and insults him more.

Rohit’s parents leave angrily with their stuff. Kamini feels angry thinking that Ranveer fails all her plans. On the other side, Ranveer drinks in sadness at his secret place. He recalls that Suhani warned him and told him that she can’t hear anything against her father. Ranveer throws the bottle and breaks it in anger. He recalls how Suhani ousted him by asking him to not interfere in her family matters. Ranveer thinks that he can’t escape Suhani and responsibilities related to her and Suhani oust him from her house. He feels bad about Suhani’s behavior with him.

Ranveer thinks how can Suhani have two faces and behave differently with him than she behaves with others. He thinks that he needs to talk to Suhani as soon as possible. Ranveer says if Suhani’s dream is his responsibility then to answer his questions is Suhani’s responsibility. He says he will get answers to his questions anyhow. On the other hand, Rakesh recalls Ranveer’s words and reaches Suhani’s room. Suhani wipes her tears. Rakesh tells Suhani that he finalized her marriage without her consent thinking that it would be right for her. He asks Suhani if she was happy with this relationship. Suhani tells Rakesh that he would always make the right decisions for her.

She tells Rakesh that no one knows what is better for her than him. Rakesh tells Suhani that he wants to know what is in her heart. He gives his swear to Suhani and asks her if she wanted to get married to Rohit with her heart. Suhani says no. She tells Rakesh that she wants to study more and fulfill her dreams to become a good doctor. Suhani shows her trophy to Rakesh and tells him that she broke her college record in the first semester. She tells Rakesh that she also got felicitated for this. Rakesh sees Suhani’s trophy with his hands. He apologizes to Suhani for finalizing her marriage in a hurry and by getting emotional.

Rakesh tells Suhani that he got scared for his family after suffering a heart attack. He says to Suhani that he got so selfish that he forced marriage on her. Rakesh asks Suhani to study and fulfill her dream. He tells Suhani that now she will get married, only when she wishes to. Suhani feels emotional and a little relaxed. She thanks Rakesh for his support. Rakesh makes Suhani wear her doctor’s coat and tells her that he is very proud of her. Sudha gets emotional witnessing this. Next morning, Suhani ignores Ranveer in college. Ranveer forcefully takes Suhani aside. He asks Suhani why she was going to sacrifice her dream for her father (Rakesh).

Ranveer says to Suhani that she should have at least respected the promise she gave him. Suhani reminds Ranveer that he too broke the promise he gave to her by creating a drama at her house. She asks Ranveer how else she would have reacted, when he was talking rudely to her father. Ranveer tells Suhani that Rakesh was doing wrong. Suhani asks Ranveer who gave him the right to decide if her father was doing right or wrong. She explains to Ranveer that Rakesh made the wrong decision for her in fear and emotions. She tells Ranveer that Rakesh is going through an emotional trauma after his heart attack. Suhani says even the doctor told that stress is lethal for Rakesh.

Ranveer feels bad and Suhani leaves. He enters Suhani’s classroom without the professor’s permission. Ranveer tells Suhani that he wants to talk to her. Professor scolds Ranveer for entering an ongoing class like this and without his permission. Ranveer asks the professor if he would give Suhani the permission to go out of the class as he needs to talk something urgent with her. Suhani tells Ranveer that she doesn’t want to talk to him and requests him to leave. Professor asks Ranveer to leave. Ranveer leaves and an emergency alarm rings suddenly. Professor asks the students to leave the classroom immediately.

Ranveer stops Suhani from leaving the classroom. He tells Suhani that he knew she would leave after everyone. Suhanj asks Ranveer if he rang the emergency alarm. Ranveer says he did it to talk to her about something urgent. Suhani requests Ranveer to not create a scene in college as she doesn’t want to talk to him about anything. She leaves the classroom and sits in the cafe. Suhani orders tea and thinks what will everyone think about her, seeing Ranveer’s actions towards her. She asks the waiter why he brought soda for her, when she ordered tea.

Waiter leaves telling Suhani that this is sent for her. Suhani reads the letter sent with the cold drink. In the letter, Ranveer asked Suhani to calm her mind with the cold drink before hearing him out. The letter further reads that big countries averted world wars by conversations. Ranveer further tells Suhani in the letter that their argument is small and would get resolved, when world wars can be averted with conversation. Suhani looks at Ranveer with a cute anger. Ranveer looks at Suhani with hope.

Reviewed Rating for Sirf Tum 26th January 2022 Written Update True love redefined: 4/5 This rating is solely based on the opinion of the writer. You may post your own take on the show in the comment section below.