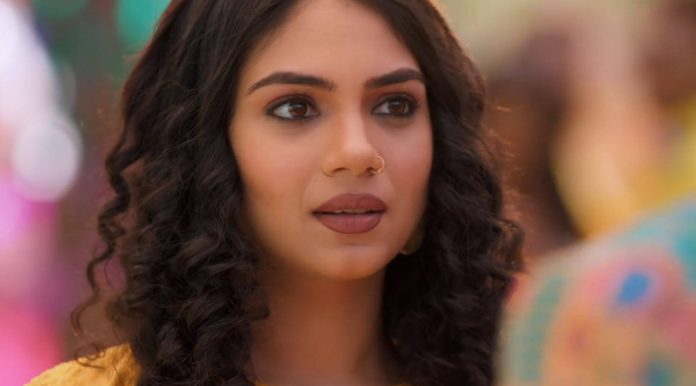 Yeh Rishta 9th February 2022 Written Update Anisha’s mystery Patients at Birla hospital look for Abhimanyu. They tell the receptionist to give them discharge as they only want treatment from Dr. Abhimanyu only. Harshvardhan tells the patients that there will be no compromises in their treatment, as they have other capable doctors too. He also tells the patients that they would attend them after completing their pooja. Patients don’t agree and continuously ask for Dr. Abhimanyu. Harshvardhan gets happy seeing Abhimanyu back at hospital. Abhimanyu enters the hospital temple and starts Saraswati Pooja for “Vasant Panchami”.

Harshvardhan thinks that Manjiri may not be good at other things but no one can beat her at tackling emotions. Abhimanyu gives Aarti to everyone. Harshvardhan says, “Welcome Back” to Abhimanyu. Abhimanyu tells everyone that he didn’t return to the hospital, just came for Pooja. He informs his patients that he will treat them from Manaksh Medical Camp. This shocks Birlas. Patients thanks Abhimanyu. Abhimanyu leaves confidently. Harshvardhan holds Akshara and Goenkas responsible for Abhimanyu’s behavior. Anand tells Mahima that Harshvardhan’s anger is justified. He asks Mahima to see that they can’t afford to lose Abhimanyu in Birla hospital. Anand says that they would have to do something.

Mahima tells Anand that he is right as they don’t have any expectations from their own kids. She says they need someone from the family. Mahima says they will have to bring Abhimanyu back to Birla hospital anyhow. On the other hand, Abhimanyu asks Anisha why she is irritating him. He tells her that he is meeting Akshara’s brother, not Akshara. Anisha hears Vasant Panchami celebrations speech from behind Abhimanyu. Abhimanyu disconnects the call. Akshara, Aarohi, Vansh and Kairav can be seen entering the same festival where Abhimanyu is already present. Kairav thinks about leaving from the festival venue secretly, later on.

Akshara wishes to be with Abhimanyu at the festival venue. Abhimanyu sees Kairav and wonders why the latter is going inside the festival venue, when they had decided to meet outside. He runs towards Kairav. Aarohi and Vansh praise the decorations. Aarohi tells Akshara that she missed all this last year. Akshara tells Aarohi that she saw everything on Vansh’s vlog. Vansh tells Akshara that she didn’t miss the swing as it wasn’t organized last year. Akshara sees a couple swinging on the swing. She moves forward towards the swing. Abhimanyu and Akshara feel each other’s presence nearby. They miss each other a lot. Kairav sees Abhimanyu nearby and calls him. Due to network issues, they fail to talk to each other.

Akshara worries about Abhimanyu, seeing him in tension. She wonders what is troubling Abhimanyu so much. Akshara feels that Abhimanyu should share his tension with her to feel lighter. Vansh takes Akshara for music and dance. At Birla hospital Harshvardhan pretends a fake concern for Mr. Badani (Hari Bhai). He tells Mr. Badani that Birla hospital is blessed to have a personality like him in their hospital. Harshvardhan also tells Mr. Badani that he knows how influential he is in society. He tries provoking Mr. Badani against Manish and Goenkas by telling him that Manish didn’t come to meet him. Harshvardhan says Manish should have come to meet him. He also says that he heard that Manish is a person with a lot of attitude and ego.

Harshvardhan asks Mr. Badani to call him personally in any need as Birla hospital is always available in his service. On the other hand, Birla siblings also reach the same Vasant Panchami festival and celebrations. Anisha too reaches there. Abhimanyu and Kairav continuously look for each other. Akshara brings Birla siblings to dance with her and her siblings. Aarohi and Neil make an angry face seeing each other. Abhimanyu sees Kairav and signs him to meet him aside. Aarohi sees Anisha and secretly clicks her picture to show it to Akshara. Anisha comes in front of Kairav. She tells him that she thought of talking to him herself as Abhimanyu won’t talk to him. Both Kairav and Anisha talk to each other.

Kairav tries to escape Anisha but makes her fall mistakenly. Neil gets shocked seeing Anisha and Kairav. Aarohi takes Akshara aside. She tells Akshara that the girl she saw with Abhimanyu is present in the same festival. Aarohi says she clicked that girl’s picture. Akshara refuses to see that girl’s photograph. Aarohi tells Akshara that she can consider her evil but she wants to tell her this. When Akshara refuses again, Aarohi tells her that she would face betrayal. Aarohi forcefully shows Akshara the girl’s photograph. Akshara gets shocked seeing Anisha. She recalls everything and figures out that Anisha is the one troubling Abhimanyu. When Kairav offers his hand to Anisha, She stands up and pushes Kairav. She runs away with tears in her eyes.

All three, Abhimanyu, Neil and Kairav run behind Anisha. Aarohi brings Akshara to the place Anisha was standing, but finds no one. Akshara gets confused seeing Kairav, Abhimanyu and Neil running behind each other outside the festival venue. She wonders what is happening. In the next episode, Akshara will tell Aarohi that she fears something/someone coming in between her and Abhimanyu. Anisha jumps in the river. Abhimanyu jumps behind her and brings her up. Akshara gets shocked seeing Abhimanyu trying to wake up unconscious Anisha and hugging her tightly.

Reviewed Rating for Yeh Rishta 9th February 2022 Written Update Anisha’s mystery: 5/5 This rating is solely based on the opinion of the writer. You may post your own take on the show in the comment section below.