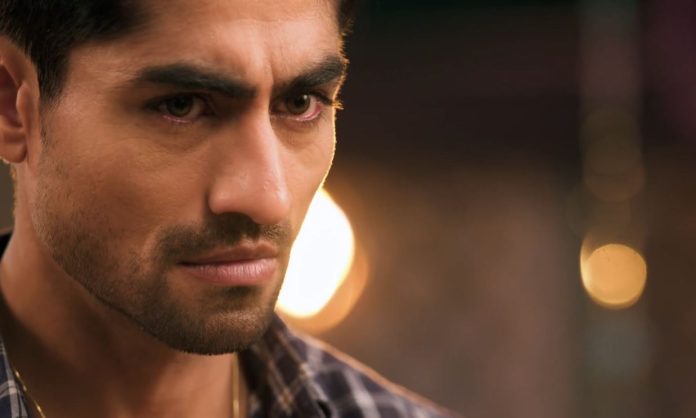 Yeh Rishta 10th February 2022 Written Update Past revealed Kairav, Abhimanyu and Neil are seen running behind Anisha. Anisha jumps into the lake. This shocks Abhimanyu, Kairav and Neil. Neil grabs Kairav’s collar, while Abhimanyu jumps in the lake. Neil questions Kairav what he was talking to Anisha. He asks Kairav what he did with Anisha that she ran away. Kairav asks Neil to leave as he doesn’t know the truth. He tells Neil that he and Anisha had an argument. Neil asks Kairav to tell him everything now. Abhimanyu brings unconscious Anisha out of the lake.

Neil doesn’t let Kairav go out of his grasp and asks him to tell him everything now. Akshara reaches there and gets shocked seeing Abhimanyu hugging Anisha in worry. She recalls Aarohi’s warnings to her against Abhimanyu. Akshara also recalls asking worried Abhimanyu about his tension. She walks backwards feeling deceived. Abhimanyu turns his face, feeling Akshara nearby, but doesn’t find her. Akshara runs away in dejection. Anisha coughs while getting conscious. Abhimanyu calls Anisha an idiot for taking such a step. He reminds Anisha that he told her that he is handling everything. Abhimanyu asks Anisha why she reached Goenka house and now jumped in the lake.

Kairav asks Neil to leave him as he has to go to Anisha. Angry Neil fails to stop Kairav. Kairav runs to Anisha and apologizes to her for pushing her. He tells everyone that he didn’t intend to hurt Anisha. Abhimanyu says he didn’t know that matter would go so serious. Dejected Akshara continuously recalls Aarohi’s warnings and seeing Abhimanyu with Anisha. She also recalls her swing moment with Abhimanyu. Aarohi comes to Akshara and asks her what happened. Akshara hugs Aarohi. She tells Aarohi that she saw Abhimanyu with Anisha. Akshara says Abhimanyu didn’t tell her about Anisha even after she questioned him. Aarohi tells Akshara that she warned her.

On the other hand, Abhimanyu and Kairav discuss that they don’t have any way to solve Anisha’s matter. Kairav tells Abhimanyu that no one should get to know about it. Abhimanyu says he knows it. He thinks he doesn’t know how much explanation he would have to give to Akshara. Akshara tells Aarohi that Abhimanyu would surely have an explanation. Aarohi tells Akshara that Abhimanyu should surely have an explanation. She asks Akshara to calm down, otherwise she would have a panic attack. Aarohi asks Akshara to return home with her. Akshara tells Aarohi that she is afraid of anyone coming in between her and Abhimanyu.

Aarohi asks Akshara to not panic herself thinking about all this. She takes Akshara with her. Neil takes Anisha with him. Abhimanyu and Akshara feel each other nearby. They get restless and try to find each other. Disheartened Akshara leaves and Abhimanyu recalls his swing moment with her. He swings the swing and leaves tensed. Aarohi finds it difficult to drive away with Akshara. Kairav comes and sits with them. He gets shocked when Aarohi tells Kairav that Akshara saw Abhimanyu with a girl near the lake. Aarohi asks Akshara to not give her a look as she is just telling a fact to Kairav.

Aarohi starts driving. She tells Kairav that Akshara refused to believe her when she told her that she saw Abhimanyu with the same girl in the cafe earlier. Aarohi says she wonders how Anisha is related to Abhimanyu. Kairav feels tense. On the other hand, Neil makes Anisha sit inside the car. Abhimanyu receives Kairav’s text telling him that Akshara saw him with Anisha near the lake and also got to know about their cafe meeting. Abhimanyu feels tense. At Birla house, Harshvardhan says Abhimanyu always humiliates him. He asks Manjiri if Abhimanyu came to Birla hospital to perform pooja only, not treating patients.

Harshavardhan says Abhimanyu will ruin Birla hospital’s image and reputation this way. He asks Manjiri to make Abhimanyu understand to not ruin his career and life because of Akshara. Anand and Mahima also ask Manjiri to make Abhimanyu understand his responsibilities as Birla hospital belongs to everyone. Harshvardhan says now he will make Abhimanyu request him to take him back to Birla hospital. Manjiri fears Harshvardhan’s next move against Abhimanyu. Aarohi and Akshara reach Goenka house and wonder why Kairav got down in between. Aarohi talks to someone on call about reports. Akshara’s dress gets stuck in the car door.

She recalls a similar moment from the past. Akshara thinks that earlier too she lost Abhimanyu due to a big confusion. She thinks that a similar confusion is happening now. Manish worries about why Mr. Badani canceled their important deals. Akhilesh asks Manisha to ask Mr. Badani by making a call to him. Manish tells Akhilesh that Mr. Badani isn’t picking up his calls. They feel confused with Mr. Badani’s sudden move. Manish tells Akhilesh that they may suffer a big loss if they lose the deal. At Birla house, Abhimanyu recalls Kairav informing him that Akshara saw him with Anisha. He wonders how to explain his situation to Akshara as Kairav doesn’t want Akshara to know the truth. Abhimanyu thinks how will he answer Akshara’s questions.

He gets shocked and scared seeing Akshara hanging on his room’s balcony. Abhimanyu asks him to come inside. Akshara asks Abhimanyu to get ready and come outside with her. Abhimanyu tells her that they can go out from the main door of his house. Akshara tells Abhimanyu that she doesn’t want to involve anyone else in their matter. Abhimanyu grabs his shirt with one foot and one hand by holding Akshara with his other hand. He also throws his shoes outside with one foot. Both of them step down from the ladder. Akshara slips but Abhimanyu saves her and pulls her in his arms. Abhimanyu tells Akshara that this is why he doesn’t leave her. Akshara tells him that she also doesn’t let him leave her.

Reviewed Rating for Yeh Rishta 10th February 2022 Written Update Past revealed: 3/5 This rating is solely based on the opinion of the writer. You may post your own take on the show in the comment section below.