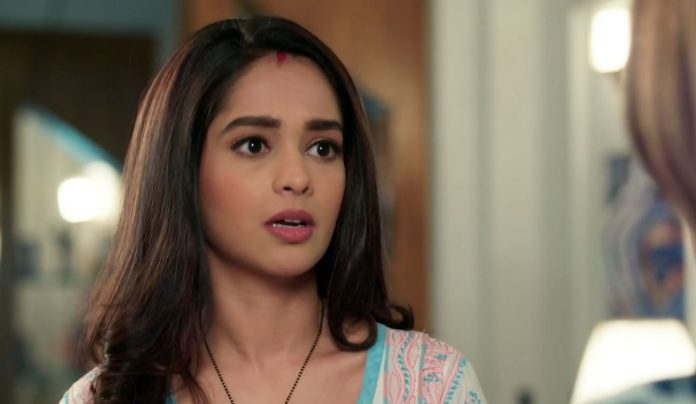 Kumkum Bhagya Upcoming Spoiler Prachi wins the challenge Ranbir and Prachi have a romantic moment when Prachi stumbles and falls into his arms. She recalls the times she had fallen into his arms romantically. She feels the same emotions for Ranbir. Ranbir and Rhea’s honeymoon gets totally spoiled by Prachi. Ranbir is thankful that Prachi has saved him from making a mistake. He doesn’t want to have any relationship with Rhea. He isn’t able to tell Rhea and break her heart. He wishes Rhea steps back from the honeymoon plans. Prachi and Ranbir’s love marriage gets tested. Ranbir knows that Prachi will save her marriage, like she has saved her nuptial chain from breaking. He realizes that whatever Prachi says, he still matters to her, she can never see him with Rhea or anyone else. Rhea informs Prachi that she has got Ranbir with her to their honeymoon suite. This news shocks Prachi. Rhea tells that they aren’t stuck on any secluded road. Prachi doesn’t take time to track them out and spoil their night. Ranbir and Prachi’s misunderstandings seem to end, once he returns home with Rhea after the failed honeymoon trip. Prachi will be winning the challenge given to Rhea.

Earlier in the show, Ranbir worries that Rhea will feel upset if he steps back now. The car breaks down. Rhea is not tensed as Ranbir is with him. The driver tells them about the car’s issue. He asks them to push the car, while he tries to start the car again. He tells them about the nearby hotel, which isn’t good for decent people. Ranbir is ready to push the car. Rhea thinks Prachi has done this intentionally to trouble them. She asks the driver if they can’t get another car.

The driver tells that the car will come next day. Rhea and Ranbir are left with no option than to push the car. The driver sits in the car and calls up Prachi. Prachi watches the video and gets happy seeing Rhea turning irritated. Dida spies on Prachi. She realizes that Prachi has hired the new driver for this purpose, she won’t let Rhea and Ranbir go on honeymoon. Rhea sees the driver on video call. Prachi asks the driver to give the phone to Rhea. Rhea scolds him. She is shocked to see him talking to Prachi.

Reviewed Rating for Kumkum Bhagya Upcoming Spoiler Prachi wins the challenge: 3/5 This rating is solely based on the opinion of the writer. You may post your own take on the show in the comment section below.