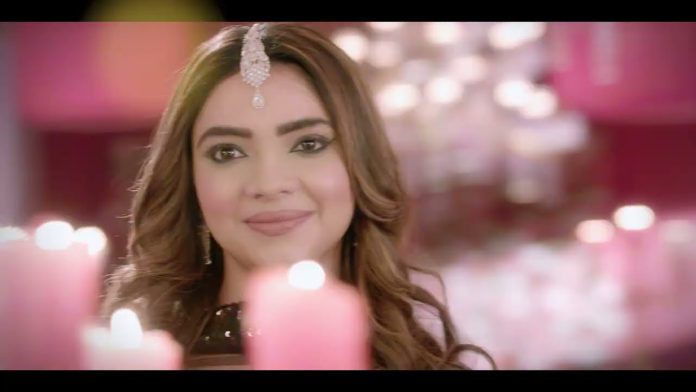 Kumkum Bhagya 25th February 2022 Written Update Rhea evil Rhea gets the pregnancy tablets in Prachi’s drawer. She was earlier convinced that Shahana is pregnant, but then got suspicious about Prachi’s weird behavior. Rhea doesn’t understand that Prachi is pregnant, until she decides to search for a proof and gets the tablets. She tells that such vitamin tablets are taken in pregnancy, which means Prachi is really pregnant, but she is hiding her pregnancy from Ranbir. She adds that Prachi will not get saved from Ranbir and Pallavi’s wrath this time when the pregnancy news comes out and they learn that she is carrying Siddharth’s baby. She goes to tell Aaliya about the shocking news of Prachi’s pregnancy.

She tells Aaliya that Prachi is pregnant, she is carrying Siddharth’s baby. She further states that they have one day to gather the proof, and Prachi has the entire day to pack her bags. She thinks it’s a big opportunity for them, they can frame Prachi for carrying Siddharth’s baby and get her thrown out of the house. She doesn’t think Prachi would have hidden about the pregnancy if the baby belonged to Ranbir. What evil will Rhea and Aaliya plan against Prachi to bring out the pregnancy truth in Pallavi and Vikram’s anniversary party? How will Prachi protect her esteem from their evil plans? Keep reading.

Earlier in the show, Prachi asks Ranbir and Rhea to thank her for making them a real couple and fight. Rhea and Prachi get into an argument, while he gets enough of the drama. Prachi tells that she can stop Rhea from getting close to Ranbir. She feels nausea and runs away. Rhea wonders what happened to Prachi suddenly. Rhea follows her. Prachi locks the door. Rhea asks Prachi is she okay. Prachi hides the truth, but Rhea suspects that Prachi is locking her secret. Rhea decides to find the secret somehow. She connects the dots and realizes that Prachi is experiencing the pregnancy symptoms.

Rhea thinks Prachi is pregnant, not Shahana. She takes the room door keys to unlock and enter the room to find out the truth. Prachi opens the door and finds Rhea there, who makes silly excuses. Prachi and Rhea get into an argument until Shahana comes to call the former. Prachi asks Rhea to carry on her work and waste her time in the useless things. Shahana likes the way Prachi scolds Rhea. Prachi feels something is wrong with her baby. She tells that doctor has changed the medicines. She thinks of Rhea, who doesn’t believe Shahana’s fake pregnancy story. She tells that Rhea can suspect her and also find proof. Shahana tells that Rhea will keep an eye on Prachi, its her nature.

Dida finds them talking. She asks them to come inside in her room. They see Ranbir there. Dida tells that she has to talk to Ranbir and Prachi at the same time. She wants them to become friends, but they deny. She asks them to stay happy. She tells that its for Pallavi and Vikram’s sake. She asks Prachi to agree to make Pallavi and Vikram’s anniversary day special. Prachi agrees to do anything for the elders. Prachi and Ranbir agree to stay friends for a day. Pallavi asks Rhea for the keys. Rhea tells that she doesn’t remember where is it. She recalls that she had angrily thrown it in Prachi’s room. She goes back to Prachi’s room. Dida asks Ranbir and Prachi not to fight again.

Prachi and Ranbir share their duties for the anniversary party. Dida tells that she will send the invites. Ranbir tells that he can fight Prachi today, instead tomorrow. Shahana tells that their fights aren’t allowed after 12. Rhea finds Ranbir laughing and spending time with Prachi. She thinks he is cheating her, because he fools her with his sweet talks. She gets angry. She can’t believe his dual behavior. She goes to Prachi’s room and gets the keys. She gets to see the pickles there. She gets more suspicious when she finds knife and lemons on the bed. She checks the bin and finds the medicine strip. She realizes that pregnant women take those tablets. She wonders what’s Prachi hiding. She finds Prachi’s phone ringing. She checks it and reads Siddharth’s message. He asks Prachi to take care of her child and herself.

Rhea is shocked to know this. Aaliya walks in and asks Rhea what is she doing there. Rhea shocks her by telling her that Prachi is pregnant with Siddharth’s baby. Aaliya can’t believe this. Rhea tells that she has just checked Siddharth’s message that he asked her to take care of her baby, he would have looked after her if he was with her. She is very sure that Prachi is carrying Siddharth’s child, Siddharth didn’t mention in the message that its Ranbir’s child. She tells that she had seen Prachi at the maternity clinic, but Prachi lied that Shahana is pregnant.

She adds that Prachi claims to be Ranbir’s wife, but she is hiding the pregnancy because she is carrying Siddharth’s baby, she wants to make the baby a heir of Kohli family, she has come back to cheat them. She tells that they got a big news and now they will throw out Prachi by revealing the pregnancy shock. She tells that the family will soon know that Prachi and Siddharth were in a serious relation, and she is pregnant with his child, Ranbir will throw her out, he will not tolerate anyone’s illegitimate child. She tells that they will not tell any story to Ranbir, but gather proof to expose Prachi. Ranbir and Prachi talk of the past moments and laugh.

Dida and Shahana want them to stay happy like before. Prachi tells that she is feeling sleepy, she should go and sleep. She avoids Ranbir and goes. Shahana asks Ranbir if he wants to go as well. Ranbir and Shahana’s argument makes Prachi smile. Prachi conceals her feelings and goes away. Ranbir also runs away when Shahana and Dida tease him about Prachi. Next day, Dida goes to wish Vikram and Pallavi on their anniversary. She blesses them to be always together and happy. Prachi does the arrangements for the party. Shahana asks her to remember Ranbir’s suggestion. Ranbir finds Prachi involved in the party arrangements. He feels love for her.

Reviewed Rating for Kumkum Bhagya 25th February 2022 Written Update Rhea evil: 2/5 This rating is solely based on the opinion of the writer. You may post your own take on the show in the comment section below.