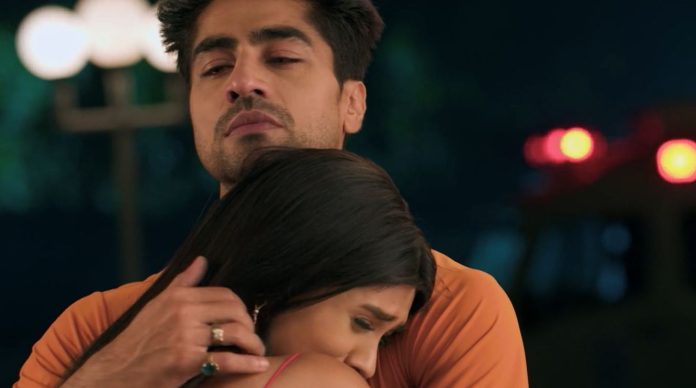 Yeh Rishta 25th February 2022 Written Update Abhi deep regret Abhimanyu feels hurt hearing Akshara blaming their love for all the mishaps in their family. He questions Akshara’s love. Abhimanyu asks why she always prioritizes her family over their love. Abhimanyu asks what type of their love is that she can take a stand for her family, but not for her love. He also asks Akshara what kind of love is theirs that everyone, even she, can also raise a finger on. Abhimanyu says both families never understood their love and raised fingers on their love. He asks Akshara to say what kind/type of love it is for which he fought madly and anyone says it is madness.

Abhimanyu feels dejected that Akshara once again kept family above him. Aarohi sees Abhimanyu disturbed by Akshara and thinks to investigate the matter. In the hospital, Manisha shows tantrums with hospital food and medicines. Abhimanyu tells Manish that he will enjoy scolding him if doesn’t have healthy food. He asks Manish to think that his reputation will get ruined if he will get scolded by him in front of his wife and mother. Swarna and Suhasini laugh seeing Abhimanyu’s way of making Manish have food. Manish recalls Kartik making him eat food and medicines the same way as Abhimanyu. Abhimanyu cleans Manish’s mouth and advises him to have complete rest.

Suhasini asks Manish if he saw Kartik in Abhimanyu. Manish gets surprised hearing this. At Goenka Mansion, Akshara and Aarohi are seen preparing for Shivratri pooja. Akshara tells Aarohi that her wrong actions hurt her heart. Aarohi leaves, ignoring Akshara. Akshara doesn’t let Aarohi affect her and continues preparing for Shivratri pooja. She prepares an extra Rudraksh Mala for Abhimanyu and compares his characteristics with that of Lord Shiv. On the other hand, Manjiri asks Abhimanyu the reason behind his sadness. Abhimanyu tells Manjiri that he is feeling uncomfortable. He cries and discusses the sacrifices Lord Shiv and Goddess Parvati made for their love.

Abhimanyu asks Manjiri why in real life love isn’t pure and powerful like that in stories and books. He asks Manjiri why love isn’t prioritized in real life. Abhimanyu says he is saying anything in tiredness. He leaves to sleep. Manjiri gives water to Abhimanyu to drink saying that he has “Nirjala Vrat” the next day. She also prays for Abhimanyu’s happiness. Next morning, Abhimanyu is seen performing Shivratri pooja. At Goenka Mansion, Akshara distributes Shivratri prasad to everyone in the family. She sees her family unhappy and upset. Akshara decides to fix everyone’s mood.

At Birla house, Anisha makes Methi Paratha for everyone. She requests Mahima to have it as it’s her favorite. Mahima says she doesn’t eat parathas and has decided to keep fast today. She starts eating fruits. This hurts Anisha. Manjiri feels worried for everyone and prays for everyone’s happiness. While performing Pooja, Abhimanyu recalls Akshara’s hurtful words about their love from the day before.

In the next episode, Neil will show Abhimanyu celebrating Shivratri with her family through Vansh’s vlogs. He will think to see how long Akshara can ignore him, not wish him and live without him. On the other hand, Akshara will wonder why Abhimanyu didn’t send her any message or called her. Aarohi will be seen keeping a watch on Akshara. Manish will reach Birla house. Abhimanyu will be shocked and confused seeing Manish at his house.

Reviewed Rating for Yeh Rishta 25th February 2022 Written Update Abhi deep regret: 3/5 This rating is solely based on the opinion of the writer. You may post your own take on the show in the comment section below.