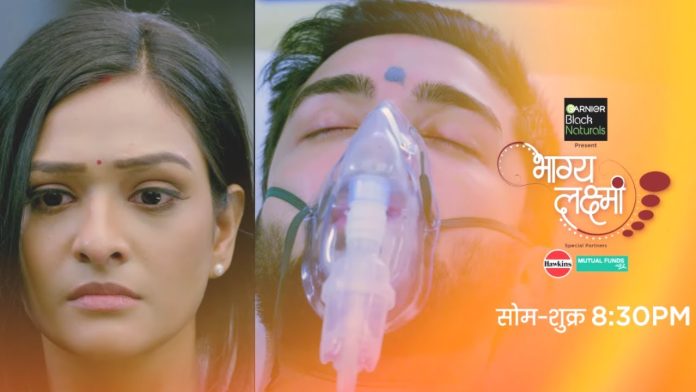 Bhagya Lakshmi 2nd March 2022 Written Update Balwinder returns Neelam is much disheartened that Lakshmi refused to come with her to save Rishi. Sonia informs Virender that Neelam has gone to bring Lakshmi, and Devika told her that Neelam has taken much cash from the locker. Virender gets upset knowing that Neelam has gone to buy Lakshmi. He knows that Lakshmi will never lower her esteem and come with Neelam. He tells that if Neelam went to request Lakshmi, then the latter would have understand her motherly emotions and agreed to him. He doesn’t think Neelam’s move will be fruitful. Lakshmi asks Neelam did she come to buy her. Neelam admits that she has come to buy her, and its not a sin, she just wants to save Rishi. Lakshmi sternly refuses to comply.

Later, Neelam returns to the hospital where she gets into an argument with Virender. He is hurt that she has crossed her limits again. Neelam tells that Malishka and Rishi love each other, Lakshmi was in Rishi’s life just because of her Kundali but Malishka is his love. She decides to get Rishi married to Malishka. Rishi gets critical. Doctor tells the Oberois about Rishi’s critical condition. He apologizes to them that he can’t give them any false hope. Lakshmi gets a nightmare and wakes up at night. A dark shadow is seen entering her life. Balwinder is back in Lakshmi’s life to create new chaos. He reaches Lakshmi’s room and keeps an eye on her. Will Rishi fall in more danger? Keep reading.

Earlier in the show, Pritam tells that Rishi broke every relation with Lakshmi. Lakshmi tells that if Neelam didn’t get the money to buy her, and just asked her to come, then she would have come, but now now. Shalu tells that they want respect. Neelam and Karishma scold Shalu. Neelam asks them to keep the money. She wants Lakshmi to give her final answer. Lakshmi is too hurt. She refuses to go. She tells that she isn’t any shield for Rishi, she can’t be bought. She adds that she will stand for her esteem, which is priceless. She leaves Neelam angered. Stay tuned.

Malishka vents her frustration that Neelam has gone to bring Lakshmi. Lakshmi refuses to go back to Rishi. She asks Neelam to take the money and leave. Rano stops Karishma. Virender is hurt knowing that Neelam has gone to buy Lakshmi with the money. He knows that Lakshmi will never come back, she has love for the family, but she will never come for the sake of money, its impossible to buy Lakshmi’s self-esteem. He feels Neelam should have told him once. Ayush tells that Neelam knew that Virender will not allow that.

Virender wants to go to Lakshmi, but stays back in the hospital for Rishi. Rano rebukes Lakshmi for being so heartless and not saving Rishi’s life. She asks Pritam to ask Neelam if Rishi is alive or dead. She tells that Neelam has lied to them about the marriage motive, but the marriage has happened for real, Lakshmi is Rishi’s wife and Neelam’s Bahu. She asks Lakshmi to go with Neelam and stay with Rishi. Neelam gets hopeful. Rano tells that Lakshmi will go away right now. Lakshmi knows that Pritam loves them a lot. She also loves Pritam and stayed as his daughter. She asks him if she can stay in his house. Pritam asks her to stay back, its her house.

He further adds that he had built this house by the money given by Lakshmi’s dad. Neelam wishes that she wasn’t so helpless to plead in front of them. She tells that Lakshmi will need them tomorrow. Lakshmi tells that Neelam did wrong to come to buy her. Neelam tells that she has come to buy her to save Rishi’s life. Lakshmi tells that she can win her by heart, not by money. Neelam tells that she was always good towards Lakshmi. Lakshmi questions her about lying to her about Rishi’s Kundali dosh and his affair. Neelam admits that she had hid everything for Rishi’s life, Rishi is Lakshmi’s husband, Lakshmi isn’t doing anything to save her husband. Neelam asks her to come on her call.

Lakshmi tells that she felt that Neelam loves her and is trying to stop her, but Neelam is dual faced, Neelam lacks the emotions. She apologizes to Neelam. She tells that she can’t tolerate anything else. She asks Neelam to come in her place and judge her decision, the house where her heart and faith broke, she can’t return there. She cries a lot and goes away. Neelam and Karishma leave from Rano’s house. Lakshmi’s sisters console her. She feels guilty that she always blamed Rishi, the entire family was wrong, every relation with Oberois is proved wrong. She feels fed up of the deceive. She tells that the family just wanted her Kundali, not her. She regrets that they have stolen her identity, they have hurt her a lot by this bigger wound.

Reviewed Rating for Bhagya Lakshmi 2nd March 2022 Written Update Balwinder returns: 5/5 This rating is solely based on the opinion of the writer. You may post your own take on the show in the comment section below.