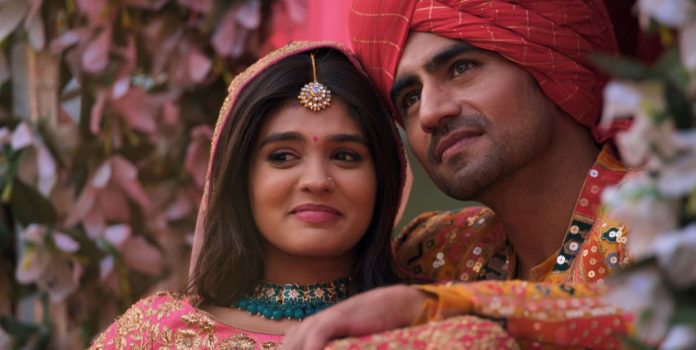 Yeh Rishta 2nd March 2022 Written Update Shaadi Mubarak Akshara asks Manish if he thinks she won’t be happy at Birla house. She also asks Manish won’t Anisha face the same thing at Goenka house. She further asks Manish if Goenkas and Anisha have less issues. Akshara reminds Manish that both Birlas and Goenkas already have differences between them. She asks Manish how his decision could be a solution. Akshara asks Abhimanyu how he can break old relationships for the sake of a new one. She also asks Abhimanyu if he thought what would Manjiri go through hearing this condition of Manish.

Akshara also asks Abhimanyu how he even thought that Manjiri would destroy her house/family/marriage to settle his house/family/marriage. Akshara also asks Abhimanyu if Manjiri should break all her relations for a daughter-in-law. Akshara further asks Abhimanyu who they are to keep Manjiri away from her husband. Abhimanyu tries to tell Akshara that he decided to live separately not because of her. Akshara stops Abhimanyu in between. She tells Abhimanyu that Harshvardhan will always be his father whether he accepts him or not. Akshara reminds Manish that even Kartik used to hate him initially. Manish recalls Kartik refusing to accept him as his father initially.

Akshara reminds Manish that later on Kartik realized his love for him. Manish gets all the flashbacks with Kartik. Akshara says no one can fill the gap of a father, however their relationship is. Akshara tells Manish that she knows everything about him and Kartik’s past. She makes Manish recall all his memories with Kartik and how the latter accepted him. Akshara explains to Abhimanyu that whether he accepts it or not Harshavardhan Birla will always remain his father in all his documents, existence and life. She tells Abhimanyu that he has the right to ask for anything from his mother but can’t ask her to leave her husband for him.

Akshara tells Abhimanyu that he doesn’t even have an idea what Manjiri would be going through now. She tells Abhimanyu that on one hand, Manjiri wants his happiness and on the other hand she has the duty of being a wife. Akshara asks Abhimanyu what kind of choice he gave to Manjiri. She also asks Abhimanyu if tomorrow she will give him a choice between her and Manjiri, will he be able to choose. Akshara asks Manish if he didn’t feel bad when Kartik shifted with Naira to another flat. She reminds Manish that he also used to have issues with Naira. Akshara asks Manish if he yearned for his own son in the past, how can he keep such a condition in front of Abhimanyu.

Akshara reminds everyone that many people including Manish and Suhasini didn’t like Naira initially. She says Naira struggled a lot to make her place in the Goenka family. Akshara says Naira united the whole family and solved everyone’s issues. She also says that Naira struggled a lot in the journey to become a daughter of the Goenka family from the daughter of the Singhania family. Akshara further says Sirat also faced many issues to make her place in the Goenka family. She says she considers Naira as her Devki Maa and Sirat as her Yashoda Maa. Akshara further says both Naira and Sirat always stood up for their family as lionesses and never accepted defeat in making their place in their in-law’s house and hearts.

She asks Manish and Abhimanyu to remember that she is the daughter of lionesses like Naira and Sirat and won’t accept her defeat. She says she is Naira and Sirat’s little lioness and won’t run away from family and relationships. Akshara says her family is her life and she won’t run away leaving them after getting defeated. At Birla house, Mahima asks Manjiri to stop taking tension as it worsens her health. As Mahima leaves, Harshavardhan enters the room. He asks Manjiri if she is fine. Harshavardhan also asks Manjiri what is eating her up from inside. He asks Manjiri what is making her so tense and what’s the matter. Manjiri tries to avoid Harshvardhan and says that she just got tense about family.

Harshvardhan gets angry as Manjiri doesn’t reveal to him what’s the actual matter. Mahima stops Harshavardhan from scolding Manjiri. She reminds Harshavardhan that Abhimanyu is his son and stubborn just like him. Mahima says Abhimanyu does listen to anyone. She asks Harshavardhan how will Manjiri tell him what happened, when she herself doesn’t know anything as Abhimanyu didn’t tell her anything. Harshavardhan leaves the room angrily. He fears what is going on between Manish and Abhimanyu that tensed Manjiri. At Goenka Mansion, Manish tells Akshara that he got worried for her after whatever happened and thus kept a condition in front of Abhimanyu.

Abhimanyu tells Akshara that he understood Manish’s worry and thus talked to Manjiri. He says he thought nothing will go wrong if the matter reaches Manjiri. Kairav, Suhasini and Swarna tell Manish that he did wrong by keeping such a condition in front of Abhimanyu. They explain to Manish that new relationships can’t be made by breaking old relationships. Swarna tells Manish that relationships built on terms and conditions always have a weak foundation. She reminds Manish that Akshara’s happiness is in her family’s happiness and how much family matters to Akahara. Swarna asks Manish how he can separate Akshara from her to-be family.

Suhasini asks Abhimanyu how he can even think of leaving his family for his love. Abhimanyu tells Suhasini that he listened to Manish’s condition but didn’t agree to it. He accepts that he took some time from Manish and talked to Manjiri about Manish’s condition for marriage. Akshara cries and says that she didn’t fall in love to break a family. She says that she doesn’t want such love for which she will have to break other relations. Akshara says her family is more important to her than herself. She reminds Abhimanyu that earlier too she sacrificed her love for her family’s happiness. Akshara tells Abhimanyu that he knows that she can go to any extent for her family’s happiness.

She requests Abhimanyu and Manish to let her make her life’s decisions herself. She says she won’t accept Manish’s condition even if she dies. Akshara asks everyone to tell her if they have a problem with her decision. She says she will once again leave the family and house for 3 years, like earlier. Akshara says she will never leave, breaking her or Abhimanyu’s family. Akshara runs upstairs crying. In her room, Akshara feels worried thinking about Manjiri’s condition hearing Manish’s condition for her and Abhimanyu’s marriage. Later, Manjiri receives Abhimanyu’s call. She tells Abhimanyu that she isn’t able to make a decision.

Abhimanyu tells Manjiri that Akshara got to know about Manish’s condition for marriage. He says Akshara is very angry and hurt. Abhimanyu tells Manjiri he doesn’t know what to do. Manjiri gets shocked hearing this. Kairav enters Akshara’s room with a plate of food. He asks Akshara why she isn’t talking to anyone or eating anything since morning. Kairav requests Akshara to have something. Akshara asks Kairav about Manish and Abhimanyu. Kairav tells Akshara that both Abhimanyu and Akshara are fine. Kaira explains to Akshara that whatever is happening happens in love. He reminds Akshara that even they went wrong and hurt Abhimanyu and Anisha by choosing their family above them.

Kairav asks Akahara to not take stress. He requests Akshara to eat food and starts leaving. Both Kairav and Akshara see a drone in Akshara’s room. Kairav tells Akshara that this drone flies around in everyone’s room in their house. Akshara gets angry and grabs the drone. She locks the drone inside her car. She challenges the flier to fly the drone now and come in front of her. Suddenly she hears some sound. Different heart shaped balloons fall on and over Akshara. Abhimanyu comes to Akshara with a band and baja. He puts a wedding garland on Akshara’s neck. All Goenkas start dancing around Akshara and Abhimanyu. Abhimanyu and Goenkas try cheering up Akshara.

Manish tells Akshara that he took his marriage condition back. He says he realized that relationships are built on love, not on conditions. Manish apologizes to Akshara and Abhimanyu. Abhimanyu tells Manish that he apologized to Manjiri on call on his behalf too. He says Manjiri said yes for his and Akshara’s marriage, that’s why he brought the procession. Shefali, Neil, Parth and Anisha can also be seen in this procession. Manish says Akshara learnt to fight and win from her mother. He again apologizes to Akahara. Abhimanyu apologizes to Manish for all the stupidity he and Akshara did. He apologizes to Akshara also. Akshara hugs Abhimanyu and Manish and smiles. Aarohi feels irritated thinking that everything goes fine with Akshara at the end.

Anisha and Kairav feel happy for Abhimanyu and Akshara. Manish unites Anisha and Kairav too. He gives his blessings to Kairav and Anisha too. Later, Akshara dances with Abhimanyu on the song “Tenu Leke” from the film “Salaam-e-Ishq”. Everyone else also dances happily. Akshara and Abhimanyu say Happy Marriage to each other.

Reviewed Rating for Yeh Rishta 2nd March 2022 Written Update Shaadi Mubarak: 5/5 This rating is solely based on the opinion of the writer. You may post your own take on the show in the comment section below.