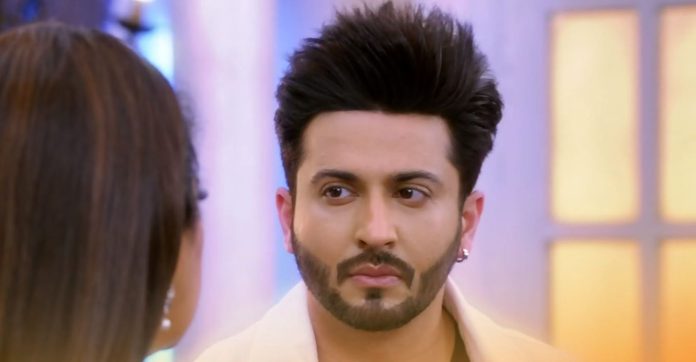 Kundali Bhagya 17th March 2022 Written Update Shocker for Karan Preeta receives the property documents in front of Prithvi, Sherlyn and entire family. She wants Prtihvi to steal the papers and get caught red-handed, so that she can get him arrested and finally send him out of the Luthra house. Prithvi gets to see the papers, when Girish hands over the file to Preeta saying her lawyer has given it for her. Preeta rushes to keep the papers safely in her room. Prithvi shows no interest in the papers, while Kareena takes Karan and Kritika for a talk. Kareena is also fed up of Preeta’s reign in the house. Prithvi tells Sherlyn that her idea is totally nonsense.

Earlier in the show, Preeta wants everyone to hear her phone conversation. Sherlyn comes there. Preeta receives the call. She tells that she has important papers in the bank locker, she is in Luthra house because of those papers. She tells that she will come to the bank and get the papers before the repair work begins. She asks the person to get the papers and hand it over only to her, to avoid the risk of misplacement. She passes the information to the family. Prithvi and Sherlyn act to ignore the news. Preeta thinks he will steal the papers and then she will get him arrested for the crime.

She asks him if he is getting peace seeing Preeta in the house. She tells that its their last chance and she will steal the papers at any cost. Kareena summons Karan for a talk. She asks his help to do a big task. She asks him to listen to her first and then decide. Kritika tells that she has no idea about it. Karan asks Kareena to say. She tells that Preeta treats them like puppets, because she has the property and business on her name, when they have the right on it. She wants Karan to steal the papers from Preeta. He refuses to steal it. Kritika asks him to forget his ethics and think about it, it will be good for the family. He asks her what happened to her these days.

Kareena tells that Preeta proved them irresponsible in front of the family, even Karan was proved as an irresponsible son. She adds that Preeta has called the judge in the party to prove Mahesh unstable, she intended to insult them. She wants to tear the papers and then throw out Preeta. She wants to fix the wrong happening with them. Karan admits that Preeta is wrong. He refuses to do wrong. He doesn’t come in her words. Kareena thinks to execute her plan herself. She decides to steal the papers and tear it, then show Preeta her real place.

Sherlyn asks Prithvi what did he decide. He asks her to not anger him. They get into a heated argument. He calls her mad and goes away. She breaks things in anger. She wanted the papers for Prithvi’s sake. She now wants the power in her hands. She decides to get the property on her name and rule over the family. She thinks once she gets the power, she will defeat Preeta and throw her out. She doesn’t want to work under Prithvi. Shrishti hears Sherlyn’s plans, but doesn’t understand much. Sherlyn asks Shrishti what is she doing there.

Shrishti tells that she was looking for Preeta. She asks what was Sherlyn doing in Prithvi’s room. She tells that Sherlyn has to give answers to many people soon. Sherlyn vents anger on Girish. Preeta meets Shrishti. She tells about her plan of getting Prithvi arrested. Preeta tells that Prithvi is very happy that Mahesh is sent back to the basement, the family is scolding her in disappointment, so he thinks he has won. Shrishti asks her why is she bearing the scolding when she is the house owner. Preeta tells that she got the scolding by their silence.

She tells that Sherlyn is still with Prithvi. Shrishti tells that Sherlyn and Prithvi are true lovers and left all the famous lovers behind. Preeta tells that Prithvi is fooling Kritika, and Sherlyn is fooling the entire family by acting a pitiable figure. She wants to concentrate on Prithvi first and get him arrested. She tells that she will be receiving the legal documents tonight, she will repeat this in front of the family once again, then Prithvi will turn greedy for the papers and try to steal it. She wants to get him caught by the police.

Shrishti asks her not to take a big risk. Preeta wants to take the risk to get Prithvi arrested. She asks Shrishti to support her. She wants to look alert in front of the family, and use the papers as a bait to trap Prithvi. Shrishti hopes the plan doesn’t backfire else Preeta will be left with nothing. Rakhi apologizes to Preeta for making the dinner late. Preeta doesn’t show that she is hurt by Rakhi’s annoyance. She feels sad seeing Rakhi like that. She shares her sorrow with Shrishti. Shrishti consoles her and asks her to not melt her heart in emotions.

Preeta thanks her for the support. Karan finds Preeta crying and asks is she afraid to keep the property papers in the house. The family meets for the dinner. Preeta threatens Sherlyn that she will relieve her of her duties soon by ousting her of the house. Preeta asks Kritika and Natasha to serve the food and help Rakhi in the work. Girish gets the file for Preeta. Preeta thanks him. She tells Shrishti about the secret. Karan tells that everyone knows about the property papers already. Preeta does overacting in front of them. Who will steal the papers and get caught by Preeta? Prithvi or Kareena? Keep reading.

Reviewed Rating for Kundali Bhagya 17th March 2022 Written Update Shocker for Karan: 4/5 This rating is solely based on the opinion of the writer. You may post your own take on the show in the comment section below.