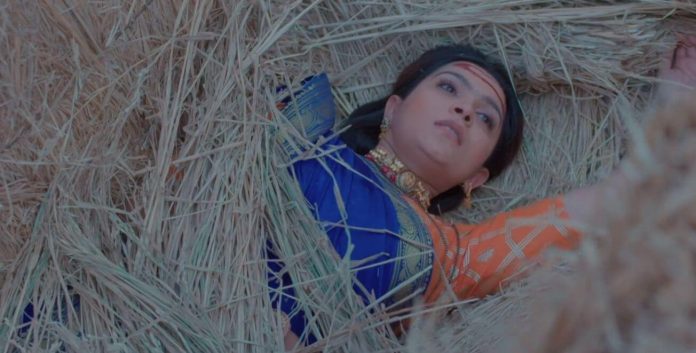 Yeh Rishta 21st March 2022 Written Update Accident revelation Goenkas offer help to Birlas in finding Manjiri, who has gone missing. Aarohi gets worried for Manjiri, when she realizes that she had hit someone when the car went out of her control. She tries to recall if anyone met with an accident that day. Manish tells that there are many hit and run cases these days, people don’t have mercy, they just hit someone and flee from the accident site. Aarohi gets too worried and recalls Akshara’s words that the car had banged into something. She rushes to check her call and find out if she can get any clue. Aarohi finds out the blood stains on the car’s front.

She realizes that someone has been really hit by her car. She doesn’t remember who did she see in that drugged state. The flashback shows Manjiri meeting with an accident by Aarohi’s car, when Manjiri had gone to feed the cows and take blessings for Abhimanyu. Manjiri thought of quickly feeding the cows and leave for home, just before the moment when she got hit. Manjiri falls in the dry grass, and gets covered making it tough for anyone to find her.

Abhimanyu and Akshara, along with Harsh, Parth, Neil and Kairav try to find Manjiri. Abhimanyu prays for Manjiri’s safety. He can’t imagine his life without Manjiri. Abhimanyu feels some connection when he comes to the temple area where Manjiri had visited. He checks the place well and finally follows his heart which takes him to the covered up Manjiri, lying unconscious after the accident. Abhimanyu is shell shocked and so is Akshara, who didn’t know that Aarohi had committed Manjiri’s accident in the drugged state. How will Manjiri’s accident cause a rift between Abhimanyu and Akshara? Who will Akshara favor this time, Abhimanyu or Aarohi? Will Manjiri survive? Keep reading.

Abhimanyu, Akshara, Neil, Anand , Parth, Harshvardhan are seen worried and searching for Manjiri on streets. Worried Abhimanyu recalls his past memories with Manjiri. Akshara thinks that she can understand Abhimanyu’s situation as she already lost her parents. She also thinks that she sees her mother in Manjiri and can’t lose her mother again. In her thoughts, Akshara tells Abhimanyu that nothing will happen to Manjiri. Seeing Abhimanyu yearning for his lost mother, Akshara asks Abhimanyu to keep faith and hope. At Birla house, Mahima prays for Manjiri’s safe return.

She thinks she even doesn’t know how to light a diya in the temple. Nishtha helps Mahima in lighting a diya in the house temple. Mahima hugs Nishtha praying for Manjiri. Shefali comes and tells Mahima that she can’t find the sugar jar and all servants are outside. She says they don’t know where all the things are kept at home. Shefali also says that Manjiri is the heartbeat of their house and they don’t know where Manjiri is right now. Mahima higs both Shefali and Nishtha. She asks them to not worry as her sister (Manjiri) won’t go anywhere leaving them and Birla house. Mahima says Manjiri will return. On the other hand, Abhimanyu starts coughing and feels unable to breathe.

Akshara makes Abhimanyu stop the bike and asks him to breathe. She sings a melodious tune and caresses Abhimanyu. Abimanyu feels and recalls Manjiri caressing him. He recalls his memories with Manjiri. Akshara hugs Abhimanyu and recalls Manjiri hugging her as well as warding off evil sight from her. She continues caressing Abhimanyu. After some time, Abhimanyu feels a little calm and leaves with Akshara to find Manjiri. Harshvardhan tells Anand that Manjiri has got everyone worried. He says he always asks Manjiri to not go to temple alone and that too without a car. Harshvardhan says he will scold Manjiri a lot after finding her. He also says that he hopes Manjiri will be fine.

On the other hand, Kairav is also seen searching for Manjiri. Kairav, Abhimanyu, Akshara and Neil meet at a place and ask each other if they found Manjiri anywhere. They get worried knowing that nobody found Manjiri till now. Abhimanyu asks Akshara to go with Kairav in the car. Akshara tells Abhimanyu that she will be with him only. Abhimanyu tells Akshara that his mind is not stable at present and would not be able to drive properly with her sitting at his back seat. He requests Akshara to understand his situation as he can’t risk her life. Akshara tells Abhimanyu she doesn’t care and she will go with him only.

Abhimanyu again requests Akshara to understand that he is already stressed about Manjiri. He tells Akshara that he will die if something happens to her too. Akshara asks Abhimanyu to not talk like this. She tells Abhimanyu that nothing will happen to him and Manjiri. Abhimanyu makes Kairav take Akshara with him and leaves on his bike. Neil tells Akshara that she would have done the same thing if she would have been in Abhimanyu’s place. Kairav asks Akshara to let Abhimanyu go as he is already in tension. Akshara says this is why she didn’t want to leave Abhimanyu alone. Akshara asks if something happens to Abhimanyu. Neil asks Akshara to not worry as he is going behind Abhimanyu. Neil leaves and stresses Akshara blurts about her and Aarohi’s accident to Kairav.

She stops talking, realizing what she said. Kairav doesn’t question and takes Akshara with him. At Goenka house, Aarohi recalls Akshara telling her that their car got hit with something badly. She also recalls the accident. Aarohi thinks about why she is overthinking about the accident. Vansh comes in front of Aarohi talking to Kairav. She hears Vansh asking Kairav to search for Manjiri near the temple where her car met with an accident. She gets shocked and thinks to check her car. On the other hand, Parth gets angry at the inspector on knowing that they didn’t find Manjiri till now. Inspector angrily tells Parth Udaipur is not a small village and thus Manjiri’s search will take time. Parth gets worried when the inspector tells him that they will soon get details about the accidents happening in and nearby Udaipur soon.

Abhimanyu reaches near Akshara and Aarohi’s accident place. He gets off his bike hearing Manjiri’s voice calling him. Abhimanyu searches for Manjiri there. Injured Manjiri can be seen inside the fodder kept near Abhimanyu. Outside Goenka house, Aarohi gets shocked to see a lot of blood in front of her car. She recalls Akshara asking her to check what/whom they bumped into. Aarohi gets tense thinking if it was Manjiri who got hit by her car. Her alter ego arises and tells Aarohi that life has already snatched her parents, Abhimanyu and self-respect from her. Alter ego tells Aarohi that if the blood on her car turns out to be of Manjiri, she will lose everything. She makes Aarohi recall that Akshara told her that she will lose her career, dreams and everything.

Alter ego asks Aarohi to stop thinking and clean the blood on her car immediately. Scared Aarohi starts cleaning the blood on her car. She burns the cloth from which she cleaned the blood on her car. Flashback shows Akshara trying to stop Aarohi from driving the car while being under the effect of medicine. Manjiri is seen collecting fodder for cows. While saving the kid from getting hit, Aarohi’s car hits Manjiri. Akshara asks Aarohi to check what/who got hit from their car. Aarohi stops Akshara and takes her away. Manjiri falls unconscious inside the fodder. Flashback ends. Abhimanyu worries about Manjiri’s whereabouts. Akshara also worried about Manjiri’s whereabouts. Kairav asks Akshara to calm down.

Akshara also recalls her and Aarohi’s car accident. She feels worried thinking if it was Manjiri who got hit by her and Manjiri’s car. Abhimanyu feels Manjiri’s presence near him. Akshara thinks why she didn’t check who got hit by her and Aarohi’s car; by getting influenced by Aarohi. She thinks about going and checking the accident place herself once. Abhimanyu breaks down on not finding Manjiri. Manjiri’s saree makes a sound because of air. Abhimanyu hears it and checks the fodder. He screams seeing Manjiri’s saree. Akshara asks Kairav to follow the directions, she asks him to. Abhimanyu runs to Manjiri and gets her out of the fodder.

He checks Manjiri’s nerves and calls someone for help. Abhimanyu picks up Manjiri and runs on the road. A car comes in front of Abhimanyu. At Birla house, Shefali tells Mahima that Manjiri is found. At Goenka house, Aarohi is seen scared thinking what will happen if it was Manjiri who got hit by her car. She thinks Akshara is to be blamed for this and everything that happens. Akshara finds Abhimanyu’s bike near her and Aarohi’s car accident place. Kairav receives Neil’s calls. He tells Akshara that Manjiri is found but unconscious.

In the next episode, Abhimanyu will reach the hospital with Manjiri. Manjiri will be taken to the OT. Vansh will tell Goenkas that Manjiri met with an accident and is serious/critical. Aarohi will be shocked hearing this. Akshara will tell Abhimanyu that she believes that he won’t let anything happen to Manjiri. Abhimanyu will tell the inspector that he understands that accident would have been caused by mistake but the culprit shouldn’t have left his mother in an injured state. He will say that he will get the culprit punished for sure. Abhimanyu will request the inspector to investigate and find the culprit.

Reviewed Rating for Yeh Rishta 21st March 2022 Written Update Accident revelation: 4/5 This rating is solely based on the opinion of the writer. You may post your own take on the show in the comment section below.