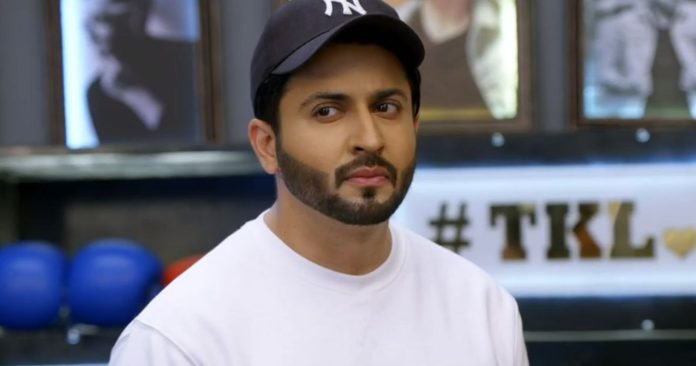 Kundali Bhagya 22nd March 2022 Written Update Karan the thief Preeta hears Rakhi’s scream and rushes to see her. She finds Rakhi caught up in the middle of the fire inside the kitchen. She tries to save Rakhi and rushes towards her in the fire ring. Preeta risks her life for Rakhi. The entire family reaches Rakhi to save her, but none of them get ahead near the fire. Karan finds Preeta and Rakhi in danger, and runs ahead to save them. Prithvi asks them to relax, they will be safe. Prithvi and Sameer try to put off the fire using the extinguisher, while Karan and Preeta rescue Rakhi safely.

After the fire incident, Preeta returns to her room and finds the documents missing. She calls the police to file a complaint about the stolen documents. She asks Inspector to come to Luthra mansion. She summons the family to question them. She suspects Prithvi and Sherlyn for stealing the property papers. The papers are stolen and the entire family suspects each other. Bani suspects Sherlyn, while Sherlyn suspects Kareena. They all pin point each other. The family members also blame Karan who could be the possible mastermind.

Prithvi enjoys the drama, but doesn’t want Preeta to frame him. He suspects if Preeta is the mastermind and intentionally plotted this. Preeta wants to save the Luthras from Prithvi and Sherlyn’s evil. Kritika defends her husband. Sherlyn gets involved. She also defends herself, and accuses Karan. She tells that even Karan had come to the room at night with an intention of stealing the papers. Preeta believes Karan. She asks the police to find the thief and save her property. Who has stolen the papers and why? Keep reading.

Rakhi shouts for help. She asks Karan to save her. The family gets worried for her. Karan makes a late entry and runs to Rakhi. Girish tells that he had to remove the extra items from the kitchen, but it caught fire. Prithvi asks Rakhi not to worry. Sherlyn asks him why is he concerned for Rakhi. He asks her to let him extinguish the fire first. Rakhi shouts in fear. Preeta, Karan and Sameer try to get the situation under control. Prithvi assists Karan in saving Rakhi. Karan and Preeta bring Rakhi out of the kitchen. Rakhi cries a lot. Bani and Kareena find Rakhi crying and ask what happened to her. Sherlyn tells that Preeta has saved Rakhi from the fire.

Kareena asks Rakhi is she okay now. Karan consoles Rakhi. Preeta asks Rakhi not to worry, its minor burns that will get fine soon. Rakhi tells that she was working in the kitchen, the fire got lit and spread. She tells that she had seen her death. She adds that she prayed to get saved for the sake of her family. She didn’t wish to leave them and go away. She tells that Karan needs her, because he doesn’t have Rishabh and Mahesh with him now. She wants to be with Karan. She tells them that Preeta has saved her life and gave her a new life, so that she can stay with Karan. Preeta asks her to stop crying.

Prithvi informs them that the fire has been put off. Karan asks them to call a doctor for Rakhi. Preeta treats Rakhi. Prithvi asks Rakhi if she is okay. He knows that Preeta would be thinking why didn’t he steal the papers when it could be beneficial for him. Preeta goes to the kitchen. She finds Girish crying. He blames himself for the fire accident. She tells that nothing bad happened, he doesn’t need to cry. She adds that nobody has done this deliberately. She checks the stove and thinks if anyone has done this with some motive. He tells that the gas leaked and this accident occurred. She tells him that the gas pipe was damaged, its not anyone’s fault. She consoles him.

Preeta checks the entire room for the papers. She doesn’t find the papers anywhere. She tells Shrishti that the papers really got stolen. They get delighted that their plan is half way executed. Shrishti asks Preeta to start the drama and accuse Prithvi for the theft. Preeta tells that she is really happy on losing the papers. She prepares to make the final strike on Prithvi. She goes to confront Prithvi. She asks Sameer not to support her in front of the family. She doesn’t want the family to hate her. She sends him. Doctor comes home to treat Rakhi.

Sameer tells Kareena that he was attending a call from the office. Preeta makes a call to the police and lodges a theft complaint. She asks the inspector to come and arrest the culprit. Kareena thinks if Bani has stolen the papers. Bani suspects Sherlyn, who thinks Prithvi has double standards and he is the one who has stolen the papers. Prithvi observes Karan and thinks he is the one. Preeta scolds the family members for stealing the papers and proving her wrong. Kritika tells that she would have stolen the papers if she could. Karan asks Preeta to check the room for the papers again. Preeta tells that she has checked the room well. Bani and Sherlyn lecture her. Preeta tells that the police will find out the culprit. Janki gets upset with Shrishti. She tells that Shrishti didn’t answer her call and left her in tension.

Reviewed Rating for Kundali Bhagya 22nd March 2022 Written Update Karan the thief: 4/5 This rating is solely based on the opinion of the writer. You may post your own take on the show in the comment section below.