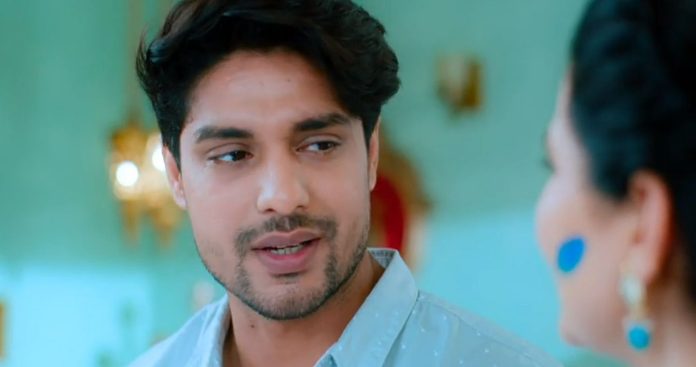 Udaariyaan 22nd March 2022 Written Update Awesome Fateh Fateh arrives to stay in front of Sandhu house after taking the suggestion from Buzo. He puts a tent in front of the Sandhu house to convince Rupy. Rupy sees Fateh fixing the tent and asks him what drama is happening. Fateh tells Rupy that he has come to convince Rupy for accepting him for Tejo. He asks Rupy to bear with him until Rupy agrees to give Tejo’s hand to him willingly. He knows that his stubbornness will make Rupy met his heart and forgive him. He wants Tejo to unite with him, but only when Rupy accepts their relationship. Fateh and Tejo look forward for their marriage. Fateh misses Tejo, after having an argument with Rupy. He wishes that Tejo was with him. Tejo can’t see Fateh struggling. She goes out of the house to meet Fateh.

They share a moment. He promises Tejo that he will convince Rupy by proving that he is a changed person. He tells that he will win Rupy’s trust and also the forgiveness. Jasmin learns about Fateh’s move to win Tejo. She decides to play the angel in their love story and unite them. Jasmin has turned positive, and decides to get Fateh and Tejo married as a repentance for her sins. Jasmin has moved on in her life with Amrik. Fateh and Tejo’s love story will be seen. The rain sequence shows Fateh’s determination and commitment towards his love. Fateh stays in the tent even in the heavy rain, and falls sick, while he expects Rupy to forgive him.

Jasmin and Buzo meet a pandit, who tells them about Fateh and Tejo’s fate. Pandit tells them that if Fateh and Tejo get married, then either one of them will die or their family member will die. He tells that their marriage shouldn’t happen, else it will be a big disaster. Jasmin asks Pandit to find any solution for the lovers. Buzo tells that Fateh loves Tejo a lot, they should unite. Pandit gives them the solution. Will Fateh and Tejo get separated? What role does Angad play in this track? Keep reading.

Earlier in the show, Tejo tells that Rupy hates Fateh, but Fateh is helpless because of love. She knows they both are important for her. Fateh tells Gurpreet that he can’t live without Tejo. Gurpreet and Satti give hope to Fateh and Tejo. Fateh sheds tears. Buzo asks him to not take tension about Rupy. He reminds how Fateh used to please Sandhus when he wanted Jasmin in his life. He tells that he should get more stubborn like Rupy. He suggests Fateh to go to stay in front of Rupy’s house but never lose courage. Fateh loves the idea and hugs him gratefully.

Reviewed Rating for Udaariyaan 22nd March 2022 Written Update Awesome Fateh: 4/5 This rating is solely based on the opinion of the writer. You may post your own take on the show in the comment section below.