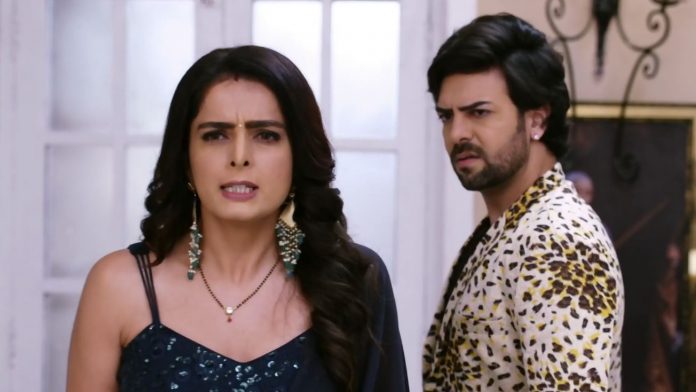 Kundali Bhagya Sherlyn blasts Prithvi 29th March 2022 Spoilers Sherlyn tells Prithvi that she is very useful and not like him who wasted his time sitting in the Luthra house. Sherlyn challenges Prithvi to watch out for what she does now. Preeta gives a rose to Karan. Karan says that by only giving a rose a proposal cannot happen but she has to also express her feelings. Karan tells Preeta that however he is but he loves her a lot. Preeta confusingly looks at Karan. He tells Preeta to say the same thing he told her. Will Preeta express her feelings to Karan or will Shirleen destroy their happiness?

Anupama is back in Ahmedabad from her short trip to Udaipur. She is ready to answer all the questions put forth by the Shah family. There is electricity cut in the house and Vanraj meets Anupama at the door. He tells her that as soon as she arrived the electricity went off. Anupama informs Vanraj that only electricity has gone but he is acting as if the electricity has fallen on the house. The electricity comes and Anupama sees the whole Shah family assembled in the hall. Baa questions Anupama if she has gone crazy in love and Anupama answers yes. Pakhi tells Anupama that she got embarrassed because of her. Anupama answers Pakhi that her happiness has embarrassed her. How much more pain will Anupama go through? Which Brahmastra is Baa ready with?

Abhimanyu and Akshara’s engagement is a grand success with romance, magic, dance, song, and love. When Birlas prepare to leave after the ceremony Manish tells them that they will meet the next day. Harshvardhan is confused and Manish informs him about the Holi celebration. Goenkas are shocked to know that the Birlas don’t play Holi. On the day of Holi Kairav is searching for Abhimanyu when he makes a grand entry by playing in the mud. Harshvardhan and Anand are surprised to see Abhimanyu like this. Neil too joins Abhimanyu in his madness. How will Goenkas react to Abhimanyu’s entry? Will Abhimanyu make the Birlas join him?

Gudiya comes into the mandap wearing similar clothes as Imlie to marry Aryan. Imlie is tied and her mouth is closed. She is placed on a jumar light and can see Aryan but cannot do anything. Gudiya and Aryan start the marriage rituals. Imlie is worried that Aryan should not land in trouble because of her. She decides to save Aryan from marrying Gudiya. What will Imlie do to distract Aryan? Will Aryan marry Gudiya instead of Imlie?