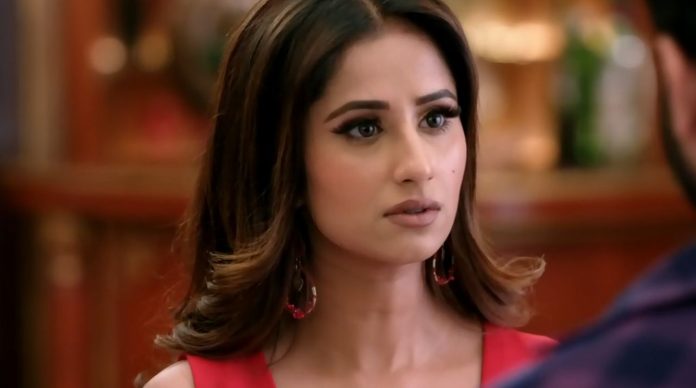 Bhagya Lakshmi Malishka’s lie 8th April 2022 Spoilers Bhagya Lakshmi upcoming track – Malishka’s dishonesty Malishka asks Lakshmi to sign the divorce papers. Rishi tells Virendra that he and Lakshmi are not friends and Aayush corrects him by saying that he is in love with Lakshmi. Dadi feels very happy. Rishi is sure that Lakshmi will not sign the divorce papers. Virendra smiles. Rishi tells that he is not aware why but Lakshmi will not sign on it. Lakshmi says that she will not sign the papers but only stay with Rishi. Malishka informs Lakshmi that there is no chance for her to return as she and Rishi have crossed all the boundaries. Lakshmi, Shalu, Bani, and Neha are shocked. Will Malishka’s lie compel Lakshmi to sign the papers?

Woh To Hai Albela upcoming track – Saroj and Indrani’s past:

Indrani goes into the past when Chaudhary haveli was their mansion. She narrates the story of what actually happened that day. Indrani says that everybody was hurt that day be it on the head or the heart. In the past Saroj is seen saying to Dhanraj that instead of shouting at her he should have raised his voice on Balwant so that he would have gotten his share. Indrani reveals that everybody got healed through that pain but only Saroj didn’t recover. Balwant asks Saroj what does she want and she answers half property. Indrani slaps her. Saroj tells that at that time Dhanraj got benefitted from her stubbornness and today she is stubborn for her son’s advantage. What decision will Sayuri and Chiranjeev take?

Mannat celebrates her birthday with friends but gets emotional as she also wanted her family to be with her. A policeman tells Mannat that her favorite song is playing but she says that she likes to dance to this song with her family. Dhillon and Gill family try to cheer up Kulwant Kaur Dhillon. Some people complain to Mannat that a person named Randhawa is trying to make them Homeless. A man says that he stays at a big mansion near the junction. A foreigner girl praises Zoravar Singh Randhawa to be as great as any other king. Mannat joins their protest. How will Zoravar Singh Randhawa control the crowd’s protest against him?