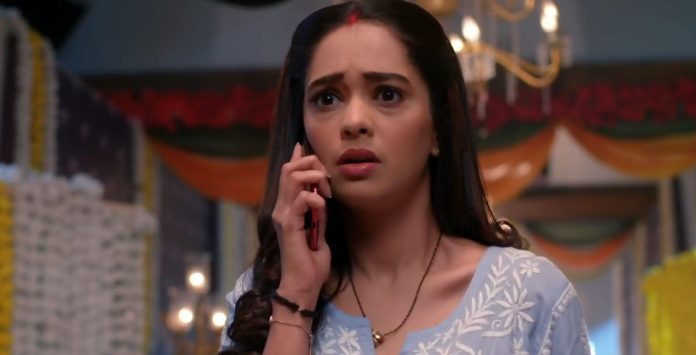 Kumkum Bhagya Nick threatens Prachi 11th April 2022 Spoilers Kumkum Bhagya episode spoiler – Nick blackmails Prachi Ranbir is at the police station. The inspector tells him that the reason he is being called here is that he knows how much important it is important for him. Ranbir agrees. He insists Ranbir come with him so that they can arrest the culprit in front of his eyes. Ranbir asks the inspector about the criminal’s name. The inspector answers Nick. Nick who is standing outside the police station in disguise is scared that the police have found out about him. Nick blackmails Prachi to stop Ranbir from following him or find him dead. Prachi is scared. Nick warns her that the attack will happen again but this time it will be on Ranbir. He tells Prachi that this time Ranbir will not remain alive. Will Prachi be able to convince Ranbir to let go of Nick?

Malishka informs Kirron that she will change everything to such an extent that nobody will remember that a person named Lakshmi was ever there in their lives. Lakshmi tells Shalu that she and Rishi will go inside the court to get separated but will come outside as one. Rishi confesses to Aayush that nothing is going well. Lakshmi is not aware of what kind of hurdles she has to cross in order to pass the test.

Rishi’s lawyer informs him that he is very lucky as the judge assigned to them is very strict and authoritarian. He says that one hearing and the marriage will be broken. The judge asks Lakshmi if she needs a divorce. She further gives her verdict by saying that she cannot force a couple to retain their lifeless relationship. She says that she will separate Rishi and Lakshmi and is about to give her final verdict. Will Rishi and Lakshmi separate or will their relationship turn deeper?

Meet episode spoiler – Isha’s engagement:
Mrs. Meet is given a grand welcome at Ahlawat house. She is asked to choose rings for Isha and her fiance. Babita suggests her to choose a ring having the initial S. Mrs. Meet is surprised on seeing the letter S. Mr. Meet tells her that the boy’s name is Shantanu Rana and they would have not gotten any other boy better than him for Isha. Isha seems disappointed by this alliance. Mrs. Meet tells that this engagement cannot happen. All the members of the Ahlawat family are shocked by Mrs. Meet’s words. Is Mrs. Meet’s decision correct? Will her words hurt Ragini the most?