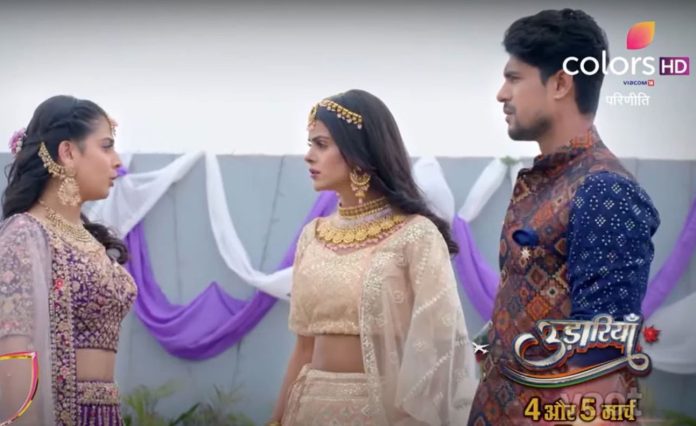 Udaariyaan Yeh Rishta Imlie Naagin 6 Upcoming Spoilers Imlie upcoming track – Aryan ties Imlie Aryan comes to know that Imlie had gone to his office at midnight. He suggests her to work hard like a real reporter and achieve her goals. Imlie answers Aryan that he is the one who has tied her hands but also motivating her to work hard. Aryan takes a red cloth and swirls Imlie. He catches Imlie’s waist with the cloth and ties her hand. Imlie is confused by Aryan’s actions. What does Aryan want to convey to Imlie by tying her hands?

Yeh Rishta upcoming track – Abhimanyu sees the footage:
Akshara goes to tell Manjiri’s accident truth to Abhimanyu. Aarohi follows her and tells her not to do this. Akshara tells Aarohi to not follow her. Abhimanyu gets the footage of the accident and sees it. He boils in anger. Akshara calls Abhimanyu and he urgently calls her to the hospital. Akshara and Aarohi reach the hospital in a hurry. The Goenkas and Birlas have been called to the hospital by Abhimanyu as he wishes to show them something. Does Abhimanyu know that Aarohi is behind Manjiri’s accident? How will he react to Aarohi’s negligence?

Naagin 6 upcoming track – Pratha on the horns of a dilemma:
Pratha and Rishabh’s bitterness is slowly turning into love. Amidst their new blossoming love the Shesh Naagin is attacked by an unknown enemy in a form of a tiger. Pratha is trapped between her love for her country and her love for the enemy. What will Pratha- the Shesh Naagin choose her duties or love?

Tejo goes to the police station and informs that someone is coming to bail out Jasmine. The police inform Tejo that Jasmine has been already taken out. Tejo feels that it must have been Fateh as she is sure he will never go against her. Tejo runs outside but her bag falls. Tejo sits down to pick up her bag and Fateh enters the police station. She sees Angad with Jasmine and comes to know that he is the one who saved Jasmine. Tejo realizes that Fateh didn’t come and he once again disappointed her and Angad helped her. Fateh gives a registration number to give bail to Jasmine but he gets to know that somebody has already bailed her out. Will Tejo lose trust in Fateh and get closer to Angad?