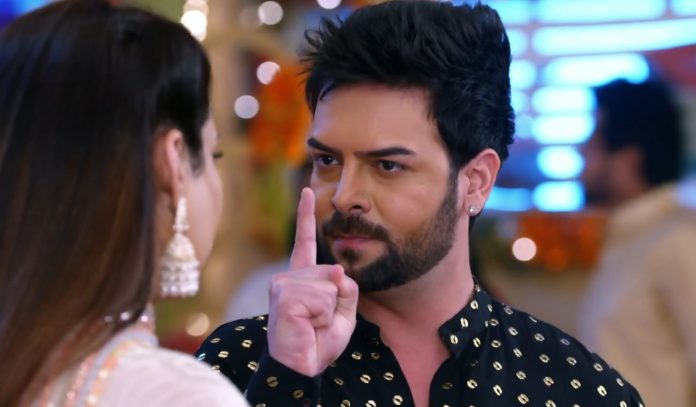 Kundali Bhagya Prithvi comeback 11th April 2022 Spoilers Intoxicated Preeta tells Natasha that if she doesn’t stop flirting with Karan then she will destroy her. Natasha gets angry. She goes to speak with Shirleen. Shirleen advises her to calm down but Natasha informs her that Karan and Preeta are together in a room. Shirleen is annoyed. Inside the jail Prithvi feels that when he will make a re-entry into the Luthra house tomorrow then it will be fun. Will Prithvi’s comeback to the Luthra house prove burdensome for Preeta and Karan?

Priya goes to speak with Ram but he refuses to talk to her. Ram scolds Priya for hiding such a big truth from him. Priya cries in guilt. He questions her if this is not called as betrayal or disloyalty. Priya answers that she knows she has made a big mistake but Ram says that this is not the answer to his question. Ram says that she felt that she can escape from such a big situation. Priya is depressed and walks on the road in trauma when she falls in front of a car. Will Ram be able to forgive Priya and move ahead in life with her?

Seher tells Kulwant to recover fast as she has to rectify her mistakes and also find her younger sister. Mannat is playing cricket with her gang when she calls herself a tigress and that no one can match her skills. Mr. Randhawa catches the ball and makes an entry with his bodyguards. He tells her that till someone doesn’t come ahead to give a challenge even a sheep considers itself a tiger. Mannat breaks Mr. Randhawa’s car’s headlights. How will Mr. Randhawa react to Mannat’s destructive activity?