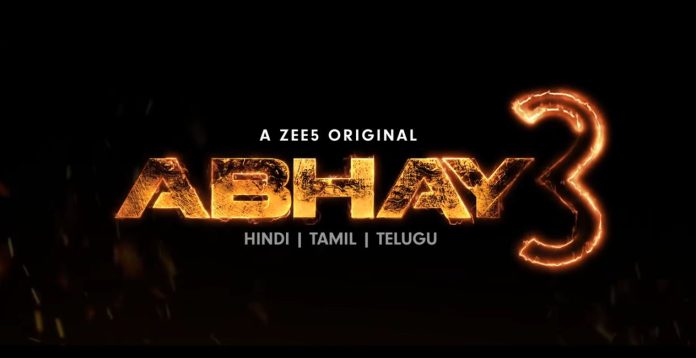 ZEE5 Original Abhay 3 streaming from 8th April 2022 Zee5’s Original crime drama series Abhay 3 has successfully made its comeback on the OTT screens after gaining popularity with its last two seasons. The series has created a name in the category of crime suspense web series and has been the most awaited by fans always. Actor Kunal Kemmu will be seen reprising his role of ACP Abhay Pratap Singh with double the thrill, heroism, and cold-bloodedness. The original star cast is back to playing their previous characters but the newest member in the gang is Bigg Boss OTT winner Divya Agarwal who is speculated to play the role of a baddie in the series.

The trailer launched by ZEE5India has created quite an uproar and Kunal Kemmu is seen playing the badass cop who goes all out to solve the crime he takes into his hands. He is seen fully dedicated to his next target and decides to catch the culprit who is conducting a mass massacre. Abhay 3 will premiere on the popular OTT platform Zee5 and is said to release in Hindi, Tamil, and Telugu. Digital stars Rahul Dev and Tanuj Virwani will also be seen portraying the role of villains in the series along with Divya.

Do comment and state your views and opinions in the comment box below about this upcoming web series ‘Abhay 3’ starring Kunal Kemmu and Asha Negi produced under the banner of Fiction Factory Productions and Essel Vision Production Limited.