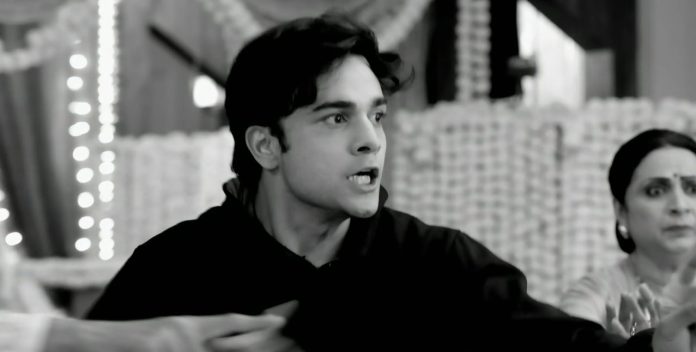 Kumkum Bhagya Nick attacks Prachi 13th April 2022 Spoilers Prachi suggests Ranbir not to trouble himself in order to take revenge. Ranbir informs Prachi that he will burn himself till he finds the person who tried to kill her. He says that once he finds him that day he will repent. Ranbir promises to teach a lesson to that person. Nick comes in a disguise and puts a knife on Prachi’s neck. Ranbir is worried. Nick threatens to kill Prachi if anybody comes near him. Everybody is scared except Rhea.

Mithai guides Karishma to make the dish sitting on the window and she manages to prepare it. Siddharth jumps over the wall and goes to catch hold of Mithai for locking him. Mithai leaves the window bar to clap but loses balance. Siddharth saves Mithai and questions her for locking him up. Mithai stammers. Siddharth asks Mithai who is she to lock him. Siddharth goes in front of Karishma’s would-be in-laws and tells them that Karishma made the dish but with Mithai’s guidance.

Malishka informs Karishma that Lakshmi will see a bad version of her. Dadi says that Lakshmi is planning something. Neelam informs Lakshmi and Rishi to finish off the last ritual for the day. Lakshmi wins in searching the ring and Rishi loses. Lakshmi lectures Malishka on husband and wife’s strong connection. Malishka is irritated. Rishi and Lakshmi have a romantic moment. She tells Malishka that the husband and wife’s bond is beneficial for the family too.

Devraj brings god’s blessings in a form of a flower for Jaya and believes that if it is kept near her pillow it will surely benefit her. Jaya feels happy and smiles at Devraj for this gesture. Vamika asks Devraj what is he waiting for and he says that it was Krisha’s idea. Vamika cuts his words and they both place the flower near Jaya. Jaya blesses Vamika and Devraj. Krisha gets shocked to see this. Vamika looks admiringly at Devraj.

The police inspector who is Mannat’s friend questions her about what is she up to. He also informs her that he has got orders from higher authorities to arrest Mannat and he has to do so. Mr. Randhawa watches this from his mansion’s window. The doctor informs Seher that Kulwant is regaining consciousness but they need an injection. Seher asks her to go ahead but she informs her that the injection is not available with them. They will get it in Dalhousie. Seher makes a call. Mannat is arrested. Mannat doesnt pick up Seher’s call.