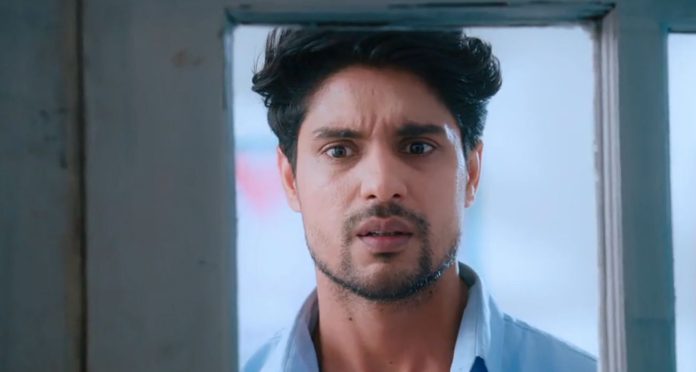 Udaariyaan 13th April 2022 Sirf Tum Written Updates Udaariyaan: After Tejo’s shocking video playing on the big screens, her family suffers a breakdown. Rupy gets a heart attack and collapses there. Tejo and Sandhus rush him to the hospital, while Khushbeer and Virks are ashamed of Fateh. Fateh tells them that he didn’t make any such video. He doesn’t know how the video got there. He rushes after Tejo to the hospital to know about Rupy. He asks Tejo to trust him, he didn’t malign her character. Tejo angrily slaps him and asks him why did he come, if he has come to see whether her dad is dead or alive. She lectures him and makes him leave. She learns that Rupy got conscious.

Rupy meets Tejo, Angad and entire family. Fateh stays there and sees Rupy from the window. Rupy becomes a helpless father. He thinks Fateh has made this disgusting strategy to defeat him in elections and didn’t think twice before defaming Tejo. He holds Angad and Tejo’s hands and unites them. He makes a request to Angad. He asks Angad to marry Tejo. This shocked everyone present there. Fateh doesn’t want Tejo and Angad to get married.

Mamta counsels Ranveer and asks him to learn keeping the relationships with truth and love. She advises him to tell the truth to Suhani, the reason that he didn’t come on time to marry Suhani. She asks him to not worry for his mum’s respect, because she isn’t a wrong person to get scared. She tells that Suhani will respect Ranveer even more knowing he was protecting such a sensitive secret about his dad. She encourages Ranveer to win Suhani by revealing the truth.

Ranveer agrees to share Ansh’s truth with Suhani. Ansh blackmails Vikrant to get his legitimate rights, but the latter doesn’t fall prey to his plans. Vikrant tells that just Ranveer is his heir, and Ansh can never take his place. He declares Ranveer as his heir, having the total rights on his properties and business. Vikrant proves the love for his son Ranveer. He disowns Ansh once again. Ansh comes across Ranveer and thinks of using him, because he is Vikrant’s weakness. Ranveer tells Ansh that the latter can never get a legitimate name from Vikrant, he can never become a part of the Oberoi family.

Ranveer and Vikrant leave Ansh fuming. Ranveer rushes to meet Suhani and tell the truth to her. He doesn’t find her in the college premises. Suhani visits her home to give her passport to Sudha and shares her growing fears because of Ansh’s sudden honeymoon plans. She tells Sudha that she doesn’t want to go anywhere with Ansh. Sudha pacifies her and asks her to focus only on Ranveer. Suhani seems happy and looks forward to meet Ranveer, who is awaiting her with the truth that could unite them. Ansh blocks Suhani all the way. He tells that he will drop her to the college but takes her to the court, where he smartly hands over the legal documents to her, that certify that he is Vikrant Oberoi’s son. Suhani is shocked to know this disturbing fact. Ansh asks her to find out the truth herself.