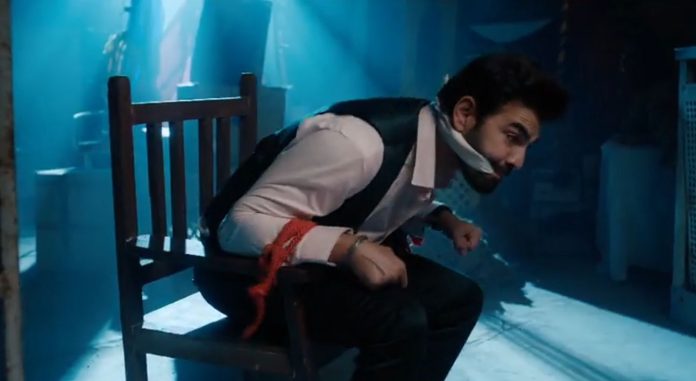 Udaariyaan 16th April 2022 Angad kidnapped Spoilers Fateh accuses Angad of bribing his man and goes to bash him but Angad stops him. Fateh further removes his anger on Angad and goes to beat him but this time Tejo comes and slaps Fateh. Everyone present is shocked and Fateh’s ground slips from under his feet. Tejo warns Fateh to not touch his fiance. She tells him that she is tired of his everyday drama. Tejo reminds Fateh that she had warned him to stay away from his family but he doesn’t listen. She asks him to not show his fake love. Fateh tells that she will regret a lot when she learns Angad’s evil truth. Angad mysteriously gets attacked by some thugs and is kidnapped by them. Tejo awaits Angad in her mehendi function, where Fateh is already present in disguise of a music artist. Pandya Store episode spoiler – Suman attempts suicide?

Dhara asks Gautam what should they gift Rishita and Dev for their anniversary. Gautam tells her to think about it in the evening. Dhara says that she has thought of something. She tells Gautam that they will present one section of the Pandya Store to Dev as a gift. Suman is listening to Dhara’s words. Gautam asks Dhara what is she even thinking. He informs her that she is talking about partition. Dhara asks Suman about medicine but she tells her to take medicine and go to sleep in her room. Suman threatens to kill herself if Dhara goes out of the house. Dhara is scared to see Suman sitting on the well and about to jump.

Krishna goes to convince Saroj but she slaps him. He tells that Sayuri is Chiranjeev’s happiness and listening to this Saroj furiously trashes Krishna. She remembers Indrani’s insult and vents out her anger on Krishna till she gets tired. Krishna hands over her sandals to beat him so that her hands do not pain. Saroj starts crying and Krishna hugs her. He pacifies her, makes her drink water, applies bindi, and kisses her forehead.

Saaransh requests Preesha to save him from going to juvenile jail. Preesha pacifies him and learns that Dev has threatened Saaransh. Preesha decides to expose Dev’s reality in front of Revati. She meets an unknown boy and asks him if the job is done. He shows something to Preesha on his mobile. Preesha goes to talk to Revati about Dev. Rudraksh threatens to kill Dev if he troubles Saaransh. Dev cries and calls Revati. Preesha and Revati are shocked to see Rudraksh holding Dev’s collars.