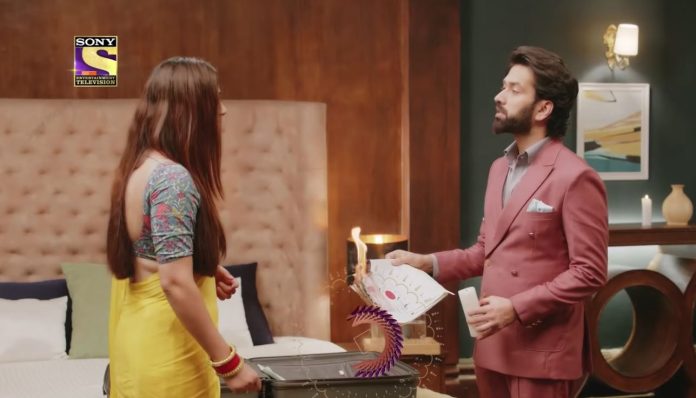 Bade Achhe Lagte Hain 2 19th April 2022 Top Spoilers Bade Achhe Lagte Hain episode spoiler – Sheel to save Priya? Sheel goes to the police station and tells that it was a murder and not an accident. Sheel overhears Mahendra talking on the phone to lock the warehouse near Ram Mandir as Priya Kapoor is kept there and she shouldn’t run away. The kidnapper sends a voice message to Priya that if Ram reopens the case then she will die. Sheel reaches the warehouse to save Priya.

Armaan calls up Saumya and tells her that he had asked her to keep the new show’s file in his bag as it is very important. Saumya says that she will come but Armaan asks her not to come for such a small thing. She tells that she won’t come but his file will reach him. Prisha comes to Armaan’s office with the file. Prisha is picking up the papers when Armaan catches her hand. Prisha looks on while Armaan gives her a smile.

The judge asks Yatharth if he wishes to tell something to the court. Yatharth reads out an essay on my mother Akanksha and tells that she loves him a lot and wants to see him at the number one position. Yatharth says that his mother used to do all the work and that his father is a liar. Manav is shocked to hear this. Akanksha is delighted to hear nice things about her from Yatharth.

Scarlet informs Mannat that her father’s name is not mentioned anywhere according to her birth records. She says that her mother’s marriage didn’t happen and her father is alive. Mannat is shattered. Seher and Kulwant go to Dalhousie and optimistically search for Harnoor and enquire about her. But a lady informs them that they are a bit late as Harnoor has already left the city.

Yohan feels that Drishti has not gone alone. Shalini reads out a letter and informs that Drishti has run away with Sejal’s help. Yohan fumes in anger and leaves for the temple. Abhisekh and Drishti get married. Sejal is scared to see Yohan in the temple. Yohan is broken-hearted to see Drishti married without involving him in it. Drishti goes blank seeing Yohan standing in front of her.