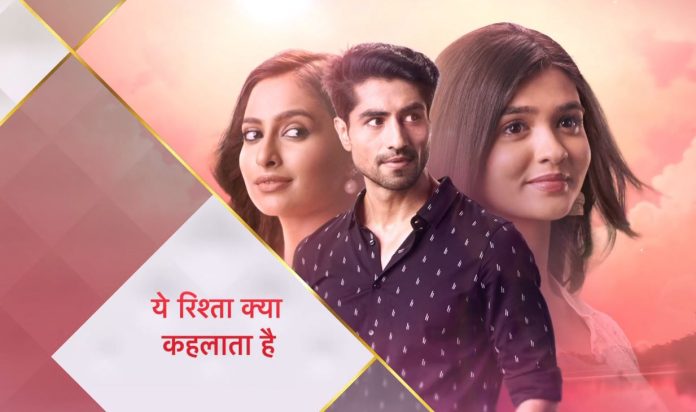 Yeh Rishta Abhimanyu’s condition 22nd April 2022 Spoilers Anupama episode spoiler – Diamond ring for Anupama Anuj blindfolds Anupama and takes her out to give a surprise. Anupama asks him where is he taking her but he warns her to not ask him any questions. Anuj goes to untie the cloth from her eyes and says that she will get to know it in some time. The light switches on and flower petals are showered on Anupama. She finds herself at a jewelry store. Anupama thanks Anuj for giving her a diamond ring and thus fulfilling a dream that she didn’t even see.

Abhimanyu declares that he loves Akshara and wants to spend the rest of his life with her. He informs to marry her on one condition that Aarohi will not be a part of their marriage. Akshara and Aarohi are stunned. Abhimanyu’s words come like a bolt from the blue for Manish.

Devyani tells Sai that she has set Shivani’s life and Virat will leave the house after her marriage. She asks her if she will express her feelings to Virat’s photograph. Devyani gives an ultimatum to Sai that if she doesn’t tell I love you to Virat the next day then she will tell everyone in the house that she loves Virat. Sai stops her but Devyani says her decision will not change. Sai expresses her feelings to Virat’s photo. Virat is shocked.

Imlie and Aryan fold a bedsheet together. Imlie tells Aryan that a life partner’s love becomes the reason to live and a purpose in life. It becomes the most precious wealth, it makes one cry or laugh but most importantly teaches one to experience it to the fullest. Aryan is mesmerized by Imlie’s words and gets lost in her.

Preesha says that Dev’s body is in Revati’s car. Rudraksh tells her that they don’t have any other option and have to go with Revati. Alia calls Saaransh and says that she wanted to tell him an important thing. She informs him that he will not believe what happened today. Saaransh asks her what has happened there. Alia takes Dev’s name and Saaransh gets scared. At the police check-up point, the police find out a sack in Revati’s car trunk.