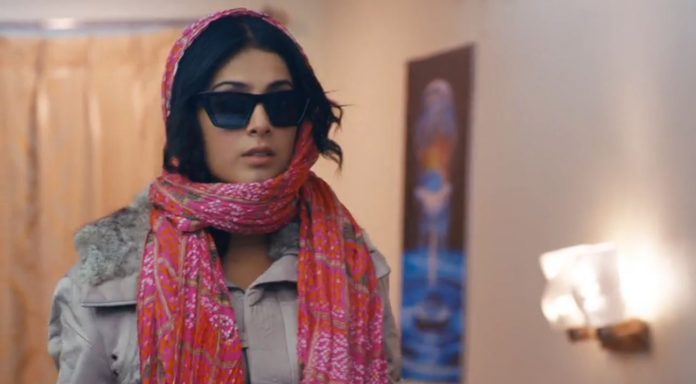 Udaariyaan Jasmine doubts Angad 6th May 2022 Spoilers Udaariyaan episode spoiler – Jasmine suspects Angad Jasmine and Amrik are shocked to see Angad in London. She finds him hiding from them and they both follow him. Angad runs away. Jasmine and Amrik fail to match up with him. A group of men attacks Fateh and Tanya gets scared. He asks her why is she bothering if she is not Tejo. Tanya begs Fateh to not take their beatings as she knows he can fight back. Tanya asks the men to stop or else she will call the cops. Jasmin, Amrik and Fateh learn that Tanya is Tejo. Jasmin suspects that Angad is the person who had tried to burn Tejo alive in the fire.

Sirf Tum episode spoiler – Ranveer-Suhani’s dance Ranveer shows Suhani their engagement rings and informs her that they can be changed if she doesn’t like them. Suhani replies that the rings are beautiful but she is scared that they remain safe from evil eyes. He assures her that they both are born for each other. Suhani and Ranveer dance together and have a romantic moment. Will Suhani and Ranveer finally get their happy ending?

Swaran calls Ajit but he doesn’t pick up her call. She comes into the kitchen and finds him washing the utensils. She asks him why is he washing them and he says that it is not a crime to do it. Swaran seeks an apology from Ajit and tells him that she will manage. Swaran is about to slip but Ajit saves her on time. They have a romantic moment.

Bulbul offers Agastya some orange chocolates and he takes them. He informs Meera that his new friend offered him these chocolates. Meera wonders who is she and asks Agastya to introduce her to his friend. Bulbul requests Neelima to let her stay for three days. Naveli says that what if somebody comes to know. Bulbul asks Naveli what problem she has if she stays. Meera and Agastya are about to enter the room where Bulbul is there.

Parineet is in a police van and she looks at her ring. Neetii and Rajeev get engaged. Parineet tries to loosen her ring in an emotional state. Vikram is taken aback to see Neetii and Rajeev getting engaged. A policeman comes and shouts where is the groom. Neetii says that he has gone inside. The policeman informs Neetii that if the groom doesn’t come outside in a minute then he will be in big trouble.