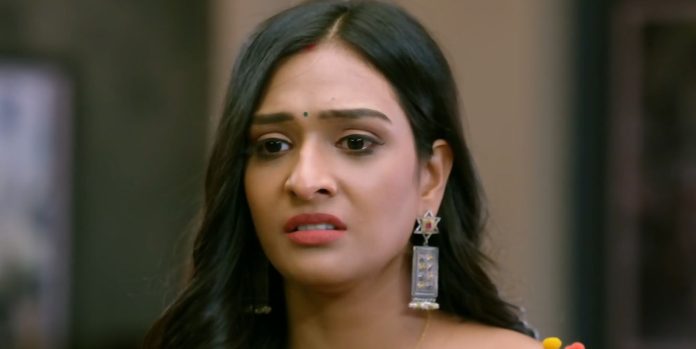 Bhagya Lakshmi Danger alarm 13th May 2022 Spoilers Bhagya Lakshmi episode spoiler – Lakshmi senses danger Kiran says to Neelam that she never thought of something like this with Malishka due to her daughter-in-law. Neelam says that Lakshmi is not her daughter-in-law. Rishi takes Lakshmi’s side and says that whatever is written in the papers is true. Shalu lectures Malishka and she goes to slap her but Lakshmi stops her. Malishka plans to destroy Lakshmi. Lakshmi senses a big silence before a huge storm.

Mithai takes Shubham’s side and explains Girish that it’s not his mistake. Hari Mohan says that Mithai took his side and stood in front of his father and whenever he will become weak she will always be his strength. Shubham cries and feels frustrated that because of Mithai his remaining value also went down in front of his family. He feels that even if he will do something with his own hard work it will be told that Mithai helped him.

Simar asks Vivan if he really considers him his sister-in-law or else has given her place to Dhami. He says that he can give his life for her. Simar tells him that she is dying daily seeing Dhami and Aarav together. She warns Vivan that if he values her life then he should give her every information about Dhami. Reema pleads with him and he agrees.

Harshvardhan is arrested. Mr. Meet goes to bail him out with a lawyer but is stunned to know that the court has rejected the bail application. Harshvardhan becomes dejected. Mr. Meet removes Mrs. Meets out of the house but she refuses to leave her in-law’s house.

Radha Mohan episode spoiler – Radha’s Geeta lost:
Radha’s grandmother steals her Geeta to torture her. Radha finds Geeta missing and doesn’t find it. Radha vows to stand on one leg and meditate till Krishna doesn’t help her get back the Geeta. She undergoes pain. Damini asks the workers to start shredding the papers of old books and go on printing them.