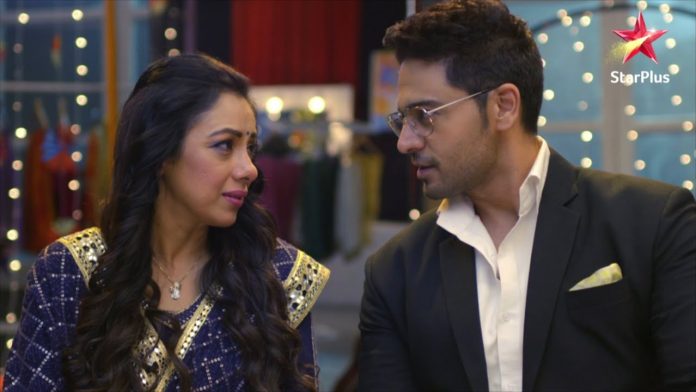 Anupama Pandya Store Star Plus 16th May 2022 Spoilers Anupama episode spoiler – Anupama thanks Anuj Anupama tells that she doesn’t know what good deeds she must have done in her past birth and this birth that she got a life partner like Anuj. A group of eunuchs come and inform that the last time they had only given blessings but today they have come to ward off the evil eyes. Kanta says that people who have no relations also came and showered their blessings but some people couldn’t even value a 27-year-old relationship. Vanraj and Baa look at Kanta in anger.

Armaan conducts a conference call between him, Diya, and HR Meenal. She informs Diya that her resume is very interesting. Diya asks her what else she needs along with her resume. Meenal says that she will need her ex-boss’s recommendation letter in which her behavior, work ethics, and discipline will be mentioned. Diya and Armaan are shocked.

Narmada asks Imlie if she is ready to do what she wants then she has to leave her job. Imlie is stunned. Aryan tells her to not do this and that he will not let it happen. Aryan says that Imlie had prioritized this family and house even before their marriage. He declares that he will change his name but Imlie will not leave her job. Narmada is astonished.

The policeman informs Revati that he has collected all the information about Rudraksh and Preesha’s family members. He says that their family’s history and geography are all compiled in a file. Preesha says that she will wear an outfit of Rudraksh’s choice. He chooses an outfit. Ruhi tells that it is glittery and she will look gaudy but says that she has an idea. Revati decides to ruin Rudraksh and Preesha’s engagement. She pays a man to hurt the Khuranas.