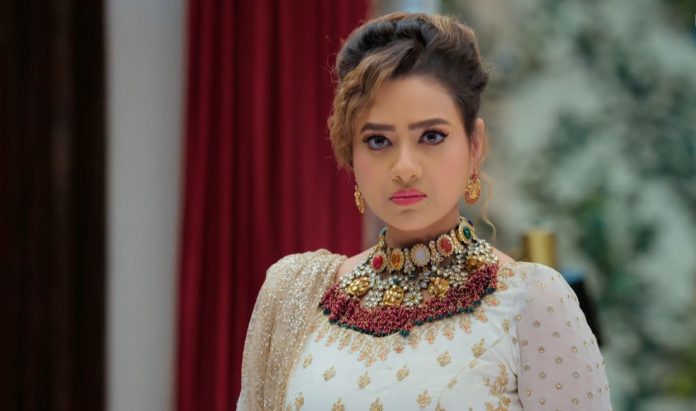 Anupama Kavya divorces Vanraj 25th May 2022 Spoilers Anupama episode spoiler – Kavya to divorce Vanraj? Anuj and Anupama have a romantic time together and he takes her in his arms. Leela informs everyone that Kavya was secretly speaking to her former husband. Vanraj asks Kavya to clearly mention what does she want. Kavya keeps divorce papers in his hands and says that she needs a divorce. Vanraj is stunned.

Usha slaps Kaju and she falls down. She says that in 24 hours she will send Kaju overseas along with other girls. She is devastated. Pari calls Bhoomi a very big liar. JD gets angry and is about to slap Pari but Dev comes and stops him.

Woh To Hai Albelaa episode spoiler – Anjali comes back:
Saroj is shocked to see Krishna carrying Sayuri in his arms. Kusum also seems disappointed. Anjali sees them together and feels upset. Krishna is shocked to see Anjali and Sayuri feels guilty. Priya comes running to tell something to Indrani, Bhanumati, and Rashmi.

Bade Achhe Lagte Hain episode spoiler – Priya leaves Ram:
Ram and Shubham accuse Priya of hiding Varun’s intentions. Meera tells Ram if he feels that Priya is interfering in his search then she will not let her roam around him. She takes Priya away. Ram is shocked while Nandini smiles.

Mose Chhal Kiye Jaaye episode spoiler – Soumya demands truth:
Soumya decides that she doesn’t need any explanations anymore but only the truth. She desires to get some proof. Prisha calls and Soumya picks up the call. She says that she has come to know about Prisha’s boyfriend. Prisha receives a shocker and Armaan gets scared as well.

Parineetii episode spoiler – Vikram fires the gun:
A lady goon points a gun at Parineet. Rajeev and Neetii are frightened when one of the goons also points a gun at them. All of them put their hands up and come out. Neetii hopes that Parineet is safe. Vikram snatches the gun and fires in the air. Everyone hides.