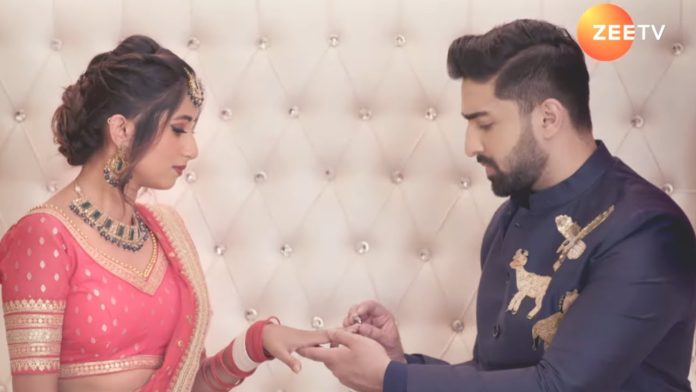 Bhagya Lakshmi New battle 4th June 2022 Spoilers Bhagya Lakshmi episode spoiler – Lakshmi’s Punjabi tadka Lakshmi tells Rishi that by doing incomplete engagement rituals he will be not Malishka’s. She takes a tissue and wipes Rishi’s face. Lakshmi warns Rishi that he is married to her and for the next 2 months 11 weeks Malishka will not come into his life. Shalu warns Balwinder. Malishka calls Rishi and Lakshmi abuses her in Punjabi. Rishi is taken aback.

Shanty disguises himself as saint Paramji and comes to Ahlawat house. He tells that Mrs. Meet has to go to every pious places in the house and do tilak. He asks her to go near Tulsi, plants, and watery places. Shanty’s men attach live wires in all the disclosed places. Mrs. Meet goes near a drum full of water and is about to put tilak on it but the light goes off. Shanty pretends to be busy in worship. Mr. Meet searches for Mrs. Meet.

Siddharth asks Shubham if he found his passport and he says no. Mithai feels relieved. Siddharth goes to save a man from falling and his hands fall on lord Krishna’s statue. He finds his passport under the idol and tells Mithai that Passport looks like this. Mithai informs him that Hari Mohan loves him the most and if Siddharth will go then he will be heartbroken. She asks him to reconsider his decision. Apeksha asks for Siddharth’s passport.

Anuj’s cousin hugs Anupama and Anuj. He tells Anupama that she is more beautiful than Anuj had described about her. She blushes. Pakhi, Paritosh, and Samar are enjoying themselves at a party when an unknown guy takes Pakhi’s video secretly. Anuj and Anupama raise a toast with their family members. Anuj’s cousin and sister-in-law look at each other with astonishment.

Jyoti tells Aryan that she had gone to the same medical store from where Madhav had taken medicine for Imlie. She informs him that with the help of CCTV footage she came to know that Madhav has given Imlie this medicine and hands it over to Aryan. He goes to check the usage of the medicine online. Jyoti says that it is sleeping pills. She tries to provoke Aryan against Madhav.