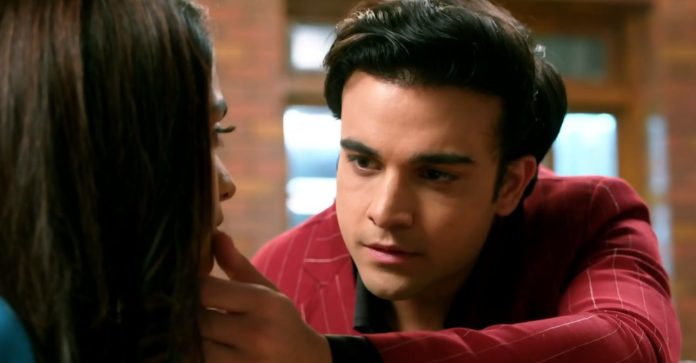 Kumkum Bhagya Pranbir new start 7th June 2022 Spoilers Pallavi comes to know that Ranbir has bought a new house for Prachi so that she can leave the current one. Prachi tells Rhea that she crossed all her limits by marrying her husband. She tells that getting married to an already married man is the worst thing she has done. Rhea looks angrily at Prachi.

The priest asks Mrs. Meet to cook rice and Babita gives her the necessary instructions. Shanty says that the whistle’s noise will be so ear-splitting that the whole Ahalawat family will never be able to forget it. Mrs. Meet gets scared when the cooker starts acting weird. Babita hears the sound of the blast and runs to the kitchen. She sees that the whole kitchen has turned black. Ragini enters. Babita points out something to Ragini and they both get frightened.

Radha applies a red color to Mohan’s shirt mistakenly. He says that he had stopped expecting good behavior from Gungun and thought that she will never change. Mohan thanks Radha for sparking a new hope inside him. Damini’s grandmother provokes her. She says that her real threat is Radha and not Tulsi. Damini boils in anger.

Mr. and Mrs. Gujral pay a visit to Oberoi Mansion along with their son. Malishka introduces herself as Rishi’s fiance. The boy compliments the tea and Aahana says that Lakshmi prepared it. Mrs. Gujral asks Lakshmi who is her husband and Rishi says that he is. Lakshmi misplaces a bag and Malishka tells her that she is an expert when it comes to multi-tasking and asks her to efficiently find it. Virendra blames Lakshmi for purposely hiding the bag so that their image is tarnished.

Hari Mohan calls Mithai for getting clicked in a family picture as she too will soon become his daughter-in-law. Apeksha tells Siddharth that he is getting more involved in his family as the days are nearing to go to Singapore. Mithai requests Girish to stop Siddharth from going to Singapore. He asks her if she wants him to beg and fall on Siddharth’s legs. Mithai says that by talking with each other solutions crop up and it’s not necessary who started the conversation.