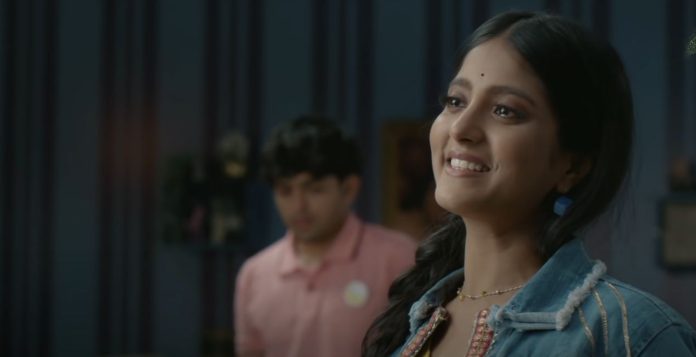 Banni Chow 25th June 2022 Yuvan goes missing Spoilers Banni Chow Home Delivery episode spoiler – Yuvan goes missing Malini and Niyati are stunned to know that Yuvan is missing. She wonders where he must have gone outside the house. Everyone starts searching for him. Myra informs Hemant that Yuvan has gone somewhere. He gets alarmed. Malini asks Banni where has she hidden Yuvan. Banni becomes angry.

Harry sees Kairi changing into Imlie. Imlie is shocked. He comes to know her truth and says that she is Imlie as well as Kairi. Harry is holding a knife. Imlie gets scared and goes backwards while Harry goes more and more near Imlie.

Sai, Virat and Bhavani wait for Geeta. Yogesh sees the terms and conditions and asks Geeta why didn’t Sai inform them that they can go to jail. Pakhi asks them to sign the papers quickly. Geeta wishes to speak with Sai but Yogesh stops her. He declares that she will not give her womb to anyone. Pakhi becomes happy. Sai gets worried for Geeta.

Rudraksh goes to the principal’s office and asks him when will the girl come. Pihu enters with Preesha. Rudraksh looks at them and becomes shocked. Ruhi tells Sharda that she wishes to eat icecream from the coffee shop of Kapola hotel. Ruhi sees Preesha and calls her. Preesha is confused. Ruhi stretches her hands and asks Preesha to hug her. Ruhi longs for her.