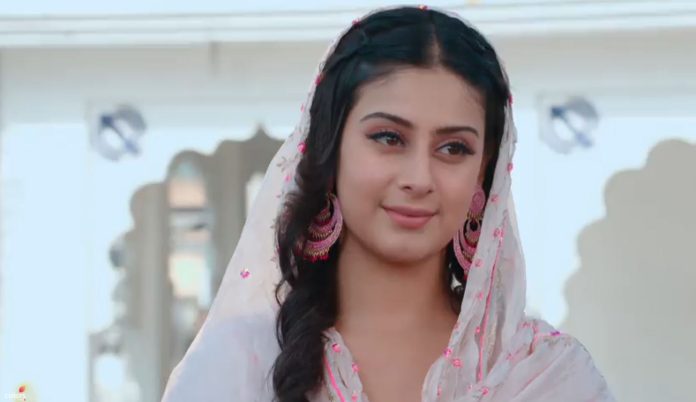 Udaariyaan Jasmin clever plan 27th June 2022 Spoilers Udaariyaan episode spoiler – Jasmine manipulates Gurpreet Fateh and Tejo go to roam and Jasmine performs a drama in front of Gurpreet. She tells the Sandhus that they should keep Tejo locked up in a room as she is mentally unstable. Fateh and Tejo happily play on a farm. Jasmine says that she is an expert when it comes to breaking hearts. Fateh and Tejo throw flower petals on each other by sitting on the top of a truck. Jasmine decides to make Tejo crazier so that Fateh gives up on her.

Divya gets injured and Ajit comes to see her. Vikram asks Bebe what happened and she says that let things be as it is. She tells him that they have to remove Ajit out of this house and asks Vikram to take over their business. Bebe brings Kanwaljeet’s picture and asks Swaran to swear on him and tell what feelings she has for Ajit. Swaran says that Ajit is just a friend and will always remain like that. Divya asks Ajit to swear on her and tell about his feelings for Swaran. He says that he loves her and will do it forever.

Ishita asks Simar if she had sent her a request on her social media. Simar says that she is searching for a bride for him but when she asked Reyansh about her he told that she is just a friend. Ishita says that they are engaged. Aarav and Simar are shocked. Ishita informs that Reyansh put a ring on her in front of everyone.

Yohan arranges a surprise for Sejal on her birthday. He invites her parents to his house. Sejal becomes emotional and hugs them. Yohan feels happy. Sejal feeds a sweet to Yohan and he also feeds her in return. He wipes off the sweet particles present on her lips.

Mamta asks Suhani to kick the kalash and enter the house. But before she can do it Anshul’s bride says that she liked her kalash and wants to kick it. Anshul informs her that she doesn’t have to ask Suhani as she is the elder daughter-in-law of this house. She takes Suhani’s kalash and places hers in front of Suhani. Ranveer becomes furious.