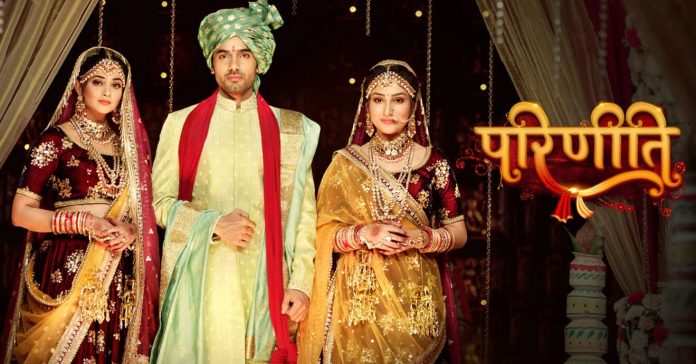 Parineetii 28th June 2022 Spy Babu SSK Fanaa Spoilers Fanaa episode spoiler – Agastya in pitfall Pakhi stops Shanaya from getting up. She informs her that the person she just dashed was one of the goons who attacked her. Pakhi is shocked. A guy in a hoodie brings the goon in front of Agastya and tells him that they caught him on time or else he would have told everyone that he conspired an attack on Shanaya. Agastya bribes the goon. Pakhi is shocked. Ishaan feels happy.

Ishita brings her parents to Oswals Mansion and introduces them to Geetanjali Devi. Ishita’s mother informs that she is a princess and they have always fulfilled her every wish. Ishita blushes. Geetanjali Devi tells them that they have spoiled their daughter. Ishita’s father taunts Aditi’s condition and Geetanjali Devi becomes angry. She declares that she cannot make Ishita the daughter-in-law of the Oswal family. Everyone is shocked.

Yohan tells Sejal that he wants to say something. She asks him to speak. He asks her if she remembers he once told her that he first fell in love in the snow-clad mountains of Kashmir. He says that it was not a story but his childhood friendship had converted into love. Yohan cries and says that he lost her in a war. Sejal asks him her name and he says that Myra Mirza. She is shocked.

Rajeev throws a pillow at Parineet and she is surprised. A lady tells Sukhwinder that she can sense danger by god’s grace and informs her that there is a mishap written in Neetii’s horoscope. Neetii is shocked to see that Rajeev has placed a hand on Parineet’s head. She goes towards them and asks what is happening.

Actor Ritesh’s assistant appreciates his performance and informs him that his film will become a superhit. He says that no one recognized him in the theatre and Ritesh smiles. Ritesh sees Zoon and helps her to tie her shoelace. She asks him to search for a father for him and Ritesh is stunned. He becomes late and leaves. Indu finds Zoon and she informs her that Ritesh will find her father. Indu is shocked but later realizes that she is just bluffing. She tickles Zoon.