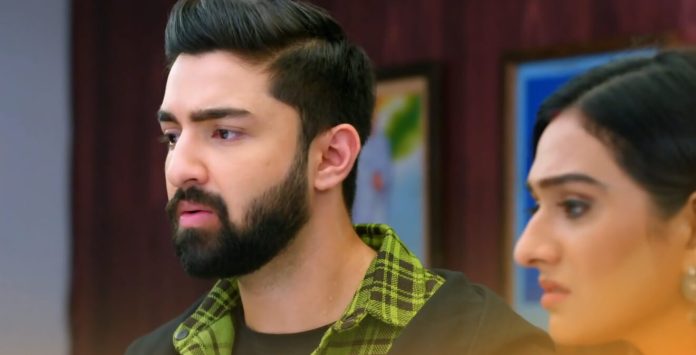 Bhagya Lakshmi Rishi’s stand 1st July 2022 Spoilers Bhagya Lakshmi episode spoiler – Balwinder shocks Rano Rano informs Balwinder that Lakshmi loves Rishi and is crazy for him. She tells him that the baby cannot be anyone else’s. Balwinder tells her that the baby is not Rishi’s. Rano is alarmed. Aahana tells Rishi about her pregnancy truth. Mrs. Gujral insults Lakshmi. Rishi takes Lakshmi’s side. Everyone is shocked.

Gungun sees Radha’s hands hanging out of the carpet. She runs and informs Mohan that the carpet has caught fire and Radha is inside it. Damini is shocked. Kadambari and Mohan are also taken aback. Mohan and Gungun run outside. All the family members come outside. Gungun points out at the carpet.

Devraj catches Gajraj pretending to be a black figure. He says that there is really a bad vibe in the house. Devraj asks him to stop lying. Krisha sees a black shadow and shows it to everyone. She says that it is coming towards her and panics. Devraj tells her no one is there but Krisha faints. Everyone gets disturbed.

Mohini’s father reads the letter sent by Balwant and becomes angry. He throws away things. Mohini asks him what happened and he asks her to read the letter. He says that they have been fooled. Mohini cries. Mohini’s father tells Saroj that the marriage will not happen. Saroj is stunned. Mohini breaks down.

Katha and Kabir get married. She leaves her maternal house. Manyata informs Katha now a new fairytale will begin for her. Katha slips and Kabir catches her. He promises her that he will never let her fall. Rahul decides to go and receive Kabir and Katha. Kabir takes a promise of Katha’s tears and declares that he will take revenge on the guy who betrayed her.

Rajeev says that he cannot betray Parineet but also cannot destroy Neetii’s dreams. Parineet brings Neetii to the mandap. Parineet is happy that Sanju and Neetii will become one. Neetii sees inside the sehera and becomes shocked. She shouts no loudly and drops the garland. Parineet gets worried.

Mose Chhal Kiye Jaaye episode spoiler – Armaan accuses Soumya:
Armaan tells in court that Soumya has bipolar as she is calm sometimes and the other times she becomes violent. Soumya says that he is lying. Armaan opens up his shirt and shows the bandaged chest to the judge. He informs the judge that Soumya attacked him. Soumya is taken aback.