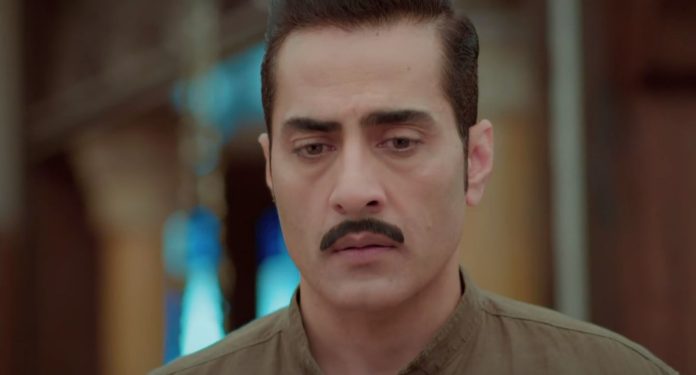 Suman tells Raavi, Dhara, and Rishita to call her to have food after their useless drama and unnecessary tantrums are over. Dhara tells Suman that today she has to listen to her or else she will die. Everyone is shocked. Dhara goes and jumps into the well. Everyone gets alarmed.

Aryan fights with the goons with blindfold on. He bashes all of them with his head and legs as his hands are tied behind. His blindfold comes off but one of the goons comes and breaks a glass bottle on Aryan’s head. He falls down and feels dizzy.

Yeh Hai Chahatein episode spoiler – Preesha stops Rudraksh:
Rudraksh throws a dupatta in Preesha’s changing room. She decides to thank the person who gave her the dupatta. She goes towards Rudraksh. Ruhi and Saaransh wait till evening for Preesha and get bored. A security guard questions them and they become sad. Preesha goes to the billing counter and gets to know that Rudraksh took her order. She stops him.

Muskuraane Ki Vajah Tum Ho episode spoiler – Madhu reveals the truth:
Madhu says that she knows what Kabir wants to speak with Masa. She says that she has found out about Katha’s truth. Madhu questions Kabir what magic Katha has done to him that he agreed to accept an unmarried pregnant woman. Masa is shocked and cancels the wedding.

Swaran Ghar episode spoiler – Divya blames Swaran:
Divya is forced to have to take a test but she confesses that she is not pregnant and had lied about it. She says that she didn’t go through any miscarriage. Bebe is stunned. Swaran questions Divya how will Ajit feel when he will get to know that his daughter purposely put him in guilt. Divya says that Swaran is the reason for all her doings. Ajit listens to this.