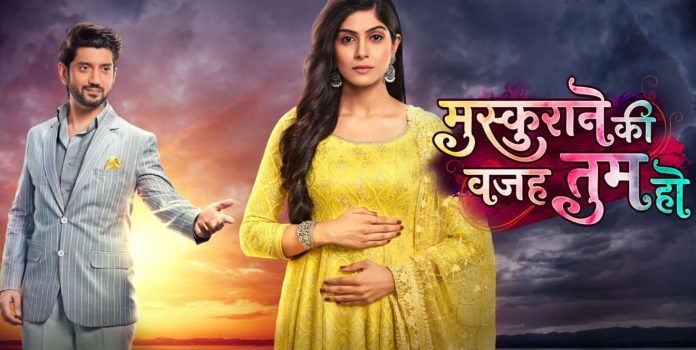 Muskuraane Ki Vajah 4th July 2022 Colors Spoilers Swaran Ghar episode spoiler – Swaran cares for Vikram Vikram is sleeping and Swaran says that his mother is near him only. She puts a blanket on him. She is about to go but he holds her hand. She stays back. Bebe feels bad seeing Vikram’s condition and repents but feels that she had to do it as her kids needed her love and time. Swaran rests her head on Vikram’s head and cries. She pampers him.

The priest tells Geetanjali Devi about an upcoming auspicious date. She asks Reyansh if the date is acceptable with him and he agrees. Kavya drops the tea when she hears that Reyansh’s marriage is being fixed. Everyone is shocked by her behaviour. Simar confronts Kavya and asks her what did Reyansh tell her. She shows a ring to Simar and says that he put a ring on her finger and told her that they are engaged. She asks Kavya to accompany her.

Yohan asks Sejal if she is going to divorce him after 6 months then why is she fasting for him. He feels dizzy and she realizes that he is also fasting. Sejal cries when she comes to know via the DNA test that Abhishek is only her brother Farid. She goes to tell Yohan about her truth but sees Farid instead.

Ranveer says that he doesn’t know where his mother stays in his house. Suhani informs him that Mamta shifted to the guest house last night. He asks her if she knew it since yesterday and Suhani nods. Ranveer shows her a book of memories gifted to him by her. He says that she started the start of their relationship with a lie. Ranveer leaves in anger and Suhani feels bad.

Balwant puts posters everywhere and declares that he will build a road. He says that he will spread happiness and make progress through his act. Shalini says that anyone may believe her or not but the secret that Mai is hiding will come out soon. The phone rings and Shalini goes to pick it up. Saroj gets worried and asks who is on the call.

Kabir and Katha arrive at the airport. Rahul informs his sister that Kabir and Katha will come soon. Kabir’s niece and nephew stand with a welcome board. Rahul decides to welcome his sister-in-law like a celebrity coming first time to Udaipur. He says that he will count till 3 and they both will be in front of them. He counts up to 3 and they both arrive. Rahul is shocked to see Katha.