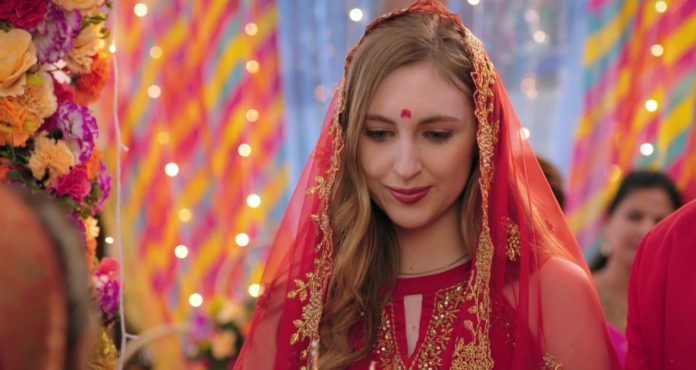 AnandiBa Aur Emily 4th July 2022 Star Plus Spoilers Anandiba Aur Emily episode spoiler – Aarav-Emily’s marriage Emily prays to god and says that she should meet her love in this temple only. Aarav enters the temple. She insists god to give her a signal as to who is made for her. Aarav comes in front of Emily when she opens her eyes. Anandiba is shocked to see Aarav and Emily as a married couple.

Anupama episode spoiler – Pakhi wants Adhik Anupama says that Pakhi and Adhik have kept their points now they will take their time to think about it. Vanraj says that there is nothing to think and declares that Adhik will not roam near Pakhi. Adhik tries to make him understand that Pakhi wants to meet him. Pakhi says that she will meet him and tells Vanraj he cannot control her life. Vanraj is shocked.

Lots of toys are placed on a table. Malini says that if she and Imlie didn’t get to play together in childhood then it’s okay they can play now. She asks Imlie if she will play with her. Malini burns the toys and says that in this game there will be her rules and toys. Malini says that Imlie is her toy.

Yeh Hai Chahatein episode spoiler – Rudraksh senses Preesha:
Rudraksh and Preesha sit in the same place. He feels her presence. Ruhi and Saransh sit in Vidyut’s car trunk to meet Preesha. The tea maker offers Nankhatais to Rudraksh and Preesha to have it with their tea. They both put their hand together. Rudraksh feels Preesha’s hand and she gets shocked.

Gud Se Meetha Ishq episode spoiler – Neel-Kaju’s secret:
Neel tells Kaju that they both will spy on Pari’s prospective groom. He asks for her support in this mission. Neel says that she should not tell about it to anyone and pulls her cheeks. Pavitra sees this and becomes upset. Sonia also becomes shocked. Neel and Kaju are embarrassed.